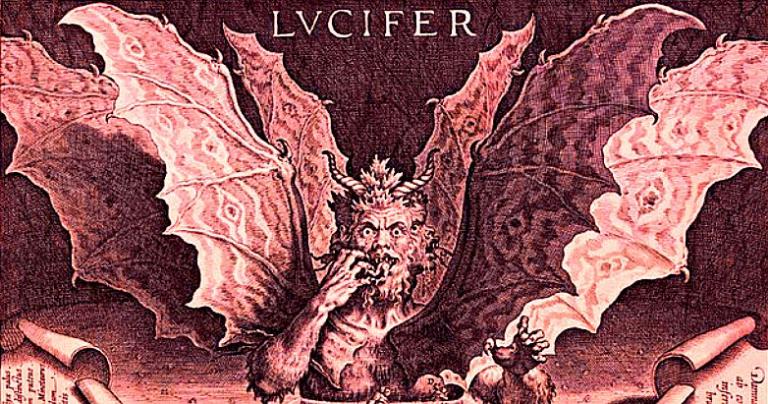 Let’s conclude our critique of a Christian ministry’s video series of ten myths about God (part 1).

Myth 7: People are basically good. The Bible says that we have an inherent dignity and that there’s good within us, and we’re created in the image of God. But the guys reject the idea that we’re good at heart. No, it’s like humans are infected with a virus. Our hosts wallow in descriptions of our corruption, depravity, and rebellion against God and in the hopelessness of our condition. (Color coding explained in part 1).

I’ll agree that people suck sometimes. We may not be much, but we’re all we’ve got.

But we start looking pretty good when you consider what mankind has done that God didn’t. We’ve ended slavery as an acceptable institution in the modern world, we feed billions of people with industrial agriculture, and we’ve improved the health of the world through vaccines, antibiotics, clean water, and so on. Human society is far from perfect, but it’s a lot better than the Old Testament society that God was responsible for.

Myth 8: All paths lead to God. Remember the story of the blind men and the elephant? Each one felt a different part, and each came to a different and incomplete understanding. This myth says that Jesus is like the elephant, and different cultures just describe him differently. But no, the video dismisses this and tells us that the message of Jesus is an exclusive one. “No one comes to the father but by me” (John 14:6).

To the idea that the sacrifice of Jesus would be called just one path of many, one host called this a slap in the face of the father. I disagree. I don’t see the slap since the “sacrifice” wasn’t really that big a deal.

We’re told that the other options are wrong but are given no reason to accept the Christian path over the others. Or why any supernatural claims are correct.

Let me sketch out the obvious natural explanation: life is scary, and our fragile, imperfect minds have cobbled religions together to help explain the things that go bump in the night. The answers offered by Christianity were okay when it was the only game in town, but it’s not anymore. Humanity has grown up, we have far better explanations, and it’s time to leave childhood superstitions behind.

They say that the church is about fellowship and relationship. It’s easy to understand the community among people in church, but isn’t it ironic that God isn’t as obvious? What does that tell us?

Myth 10: Satan is the opposite of God. The myth is that God and Satan are like yin and yang—equal and opposite forces, and we can only hold our breath, hoping that God wins in the end. It’s like comic books where the superhero is equally matched to the villain, and we’re on the edge of our seats until the last scene.

The truth, according to the video, is that this is actually the most boring and mismatched matchup ever. God could, in an instant, wipe out Satan’s works and even his existence. Imagining Satan defeating God is like imagining any of us defeating God. But since Satan has read the Bible, he knows how it all ends. Why then imagine that he’s sticking around to put up with the charade?

Yet again, I wonder if the boys have actually, y’know, read the Bible. For example, it wasn’t Satan in the Garden of Eden, it was a talking serpent. To imagine it was actually Satan in disguise is simply to map Christian thinking into a far older non-Christian story. The book of Revelation vaguely makes this Satan/serpent argument, but it’s simply stated without justification.

We see Satan in one of the Bible’s oldest books. In Job 1:6–12, Satan is “the adversary,” like a prosecuting attorney. Here, “Satan” is a title, not a name. Far from being God’s sworn enemy, Satan is God’s handyman or assistant. Satan tests God’s people to make sure that they are as stalwart as they appear.

Only later in the Bible do we see Satan or the devil as a bad character:

Your enemy the devil prowls around like a roaring lion looking for someone to devour (1 Peter 5:8).

[The angel] seized the dragon, that ancient serpent, who is the devil, or Satan, and bound him for a thousand years (Revelation 20:2).

We can see the complex background from which our modern idea of Satan as a villain arose when we consider the many names and ideas that are often conflated: Satan, Lucifer, Leviathan, Belial, Beelzebub, the devil, the dragon, the serpent. That we do see Satan as evil in the New Testament only argues that the idea has evolved, something that happens in manmade literature, not in the unchanging plan of an omniscient creator.

Any being that wants to be worshipped
has shown itself to be unworthy of worship.
— commenter Without Malice