WHO Has the Basis for Morality? No, It’s Not the Christian. 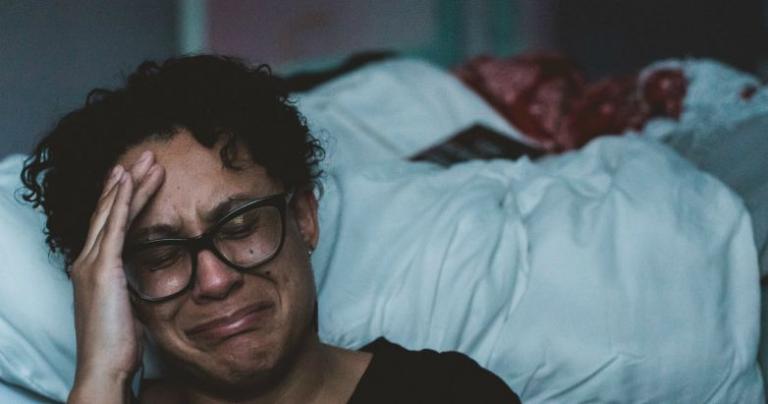 God allows suffering, but it would be morally wrong for that suffering to be justified in any way except that it benefit the sufferer. The common excuse made for God is that suffering can be for the greater good, but that kind of suffering is exploitative and immoral. That means that suffering is a good thing, and we would be immoral if we tried to stop it.

Said another way, conventional morality is possible only with atheism.

These are the surprising conclusions from the argument in “Atheism and the Basis of Morality” by Stephen Maitzen (2013). I’ve distilled the argument here.

To see how the conclusions are supported, I want to make the argument as transparent as possible, so I’ve added a bit of formality and labeled the steps.

Here are some axioms (statements taken to be true without proof) to help us start on the same page.

Axiom 1: For simplicity and to avoid disagreement, “ordinary morality” has been distilled down to “we have the moral obligation to prevent easily preventable extreme suffering by a child.” That’s it.

(a) is aware of all human suffering,

(b) knows how to prevent that suffering,

(c) has the ability to prevent the suffering,

(d) can do anything logically possible (indeed, is unlimited in knowledge and power),

(e) knows if suffering is necessary for the well-being of the sufferer, and

(f) won’t do anything morally imperfect.

And here’s the moral problem we need to wrestle with. How we should respond is the focus of the argument.

Axiom 3: There is, right now, a child experiencing terrible suffering.

God knows about the suffering child (Axiom 2a); nevertheless, he’s allowing the suffering to continue. Let’s understand God’s attitude toward that suffering by considering the following supposition.

Supposition 1: God allows the suffering to continue because it will ultimately benefit the child.

If Supposition S1 is false, then it’s not the case that the suffering will ultimately benefit the child—maybe it will benefit others or maybe there’s no reason at all. I will show that S1 must be true.

Since God never has moral dilemmas (Corollary 4), he never says, “Gee, I hate to see that kid in pain, but it’s for the greater good.”

Therefore, God can’t exploit people (that is, use them for some purpose other than to help them).

Therefore, S1 must be true, and any suffering allowed by God must be for that person’s benefit (like the pain from a vaccination) and not justified because it’s for someone else’s benefit (for the greater good).

Let’s pause for a moment and consider a couple of objections. The first objection says that exploiting people can’t be a problem because we do it ourselves. An example would be quarantining someone with a contagious illness, where we’re making one innocent person suffer for the benefit of others.

Response: Yes, we do exploit people that way, but that’s only because we’re not omnipotent. God is (Axiom 2b). We have an excuse for exploiting people, but God doesn’t.

Here’s another objection: maybe God could compensate sufferers materially even if the suffering wasn’t required for their benefit. How many years of life in Paradise would it take to overshadow a poor life on earth, no matter how miserable?

Response: No, compensation is not justification. If I punch you but them immediately apologize and give you a million dollars, my action was still morally wrong. You’ve been amply compensated, but that doesn’t justify my action (thinking otherwise is stupid Christian argument #25a.) Remember, the kind of non-exploitative harm we’re talking about is unavoidable suffering for that person’s own benefit, like jabbing a kid with a needle (suffering) to deliver a vaccine (the justifiable good).

From that groundwork, we can reap a few startling conclusions.

Given that there are suffering children (A3), how do we respond? “We have the moral obligation to prevent easily preventable extreme suffering by a child” (A1). But God ensures that any suffering is neither gratuitous nor exploitative but is for that person’s benefit (S1).

Therefore A1 is false since it contradicts S1.

Therefore, our moral duty to help suffering children (A1) vanishes. In fact, it’s more than that: getting in the way of someone’s suffering is getting in the way of their moral medicine. Mother Teresa’s crazy medieval zealotry actually fits in fairly well with this thinking: “There is something beautiful in seeing the poor accept their lot, to suffer it like Christ’s Passion. The world gains much from their suffering.”

We’ve seen this before. Benjamin Franklin’s lightning rod was criticized for messing with the natural order. If God decided that a building needed to be struck with lightning, who was Franklin to say otherwise (more)?

Seen another way, our moral instincts are backwards: the worse the suffering, the more obvious that it’s for that person’s benefit and not just a trivial bump in the road of life, and we should leave it alone to avoid messing with God’s plan. (One wonders how it could be so easy for us to overturn God’s plan, but that’s a tangent.)

So where does this leave morality? If our most fundamental moral axiom—that we should prevent the suffering of children if easily done—is gone because suffering must be a good thing, what’s left? What sense is a prohibition against lying or theft when an intuitively more fundamental axiom is gone? Can this morality be salvaged despite its gaping hole?

But drop the theistic assumptions, and Axiom A1 is back in force, and ordinary morality works just like everyone intuitively thinks it should. Atheism, not theism, is compatible with morality.

Religion does itself no favors
by declaring itself immune from rational scrutiny.
— Dan Brown

Image by Claudia on Unsplash
.