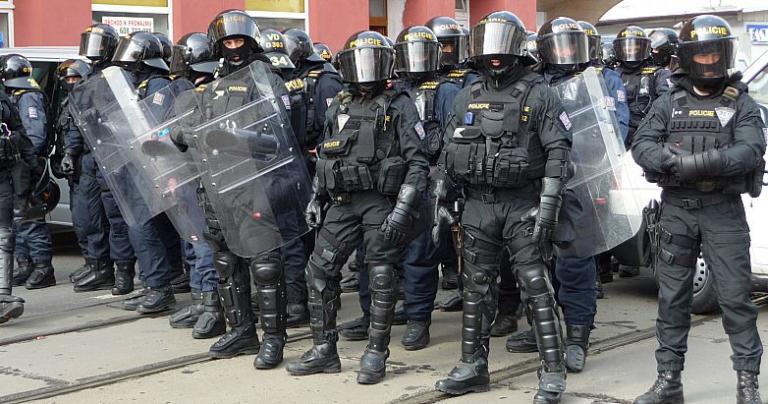 We’re looking at popular arguments against same-sex marriage (and a few that are just anti-gay). Conservative radio host Frank Turek provides most of the arguments. (Part 1 here.)

The sky is falling, and the religious liberty of bakers, florists, and photographers is battered down by the merciless iron fist of the Gay Agenda®. To those businesses that turn away homosexual couples, Frank warns,

If you don’t agree to celebrate same-sex marriages, you will be sued, fined, fired, and perhaps even jailed. All in the name of “tolerance, inclusion and diversity.”

Discrimination can be against the law. Break the law and bad things happen. It’s really not that hard, despite your eagerness to make it so. If your religion denied equal access based on race or carried out human sacrifice, you’d be breaking the law and your religion would lose. The unanimous decision of the Supreme Court in Davis v. Beason (1890) makes this clear: “However free the exercise of religion may be, it must be subordinate to the criminal laws of the country.”

Can anyone see any middle ground between 1) you must celebrate my same sex marriage, and 2) God or my conscience prevents me from doing so? There is none. So which “right” will take precedence: the real right or the invented right?

The real rights—in America, at least—are those defined by the Constitution. You’re free to imagine whatever you want within your religion, just don’t pretend that that affects any of us in the rest of society. I wonder how Frank would feel if he worked at a company run by a Jehovah’s Witness or Christian Scientist who imposed their religious views on employees by limiting their health coverage (the Hobby Lobby treatment).

No one demands that you celebrate a marriage, but you must provide equal access as demanded by the law. Your conscience tells you to discriminate and serve only some of your customers? Don’t expect much respect for those views if they run up against the Constitution.

But it’s not just bakers and photographers. Public speakers like Frank are imposed on as well.

Those of us who have a diverse view are being excluded because we don’t exhibit lock-step conformity to their intolerant agenda.

You have a “diverse” view? So does the Ku Klux Klan. You and they are both free to speak, but don’t confuse public pushback with infringement of your rights.

We are being fired and fined for exercising our real God-given rights. How can this be? We can’t work because of our political views—views that are firmly rooted in the biological facts of nature. Is this still America?

“God-given” rights? Talk about it in church, but don’t imagine you can impose your theology on the rest of us.

You say your opinions don’t sell anymore? Tough. Bigotry giveth and bigotry taketh away. The conservative gravy train must’ve been nice while it lasted. Remember when you could tell racist jokes without whining from the PC Police? Ah—good times!

No, really—that’s pretty much what Frank calls for.

America needs a state governor who still believes in America—a governor willing to take a page from President Andrew Jackson who once rebuffed [an 1832] Supreme Court decision against the state of Georgia by telling Chief Justice Marshall, “John Marshall has made his decision; now let him enforce it.” . . . Are there any statesmen left in America?

When your interpretation of the Constitution differs from that of a state Supreme Court or a federal court, you think a governor should just flex his military muscle? Oh, Frank! You’re a real man, and I get goose bumps when you throw your weight around like that! You gonna punch the bully on the beach for me, too?

While that may create a constitutional crisis, our Constitution is already in crisis! What can be lost that hasn’t ready been lost?

What’s been lost? Are religious freedoms in the U.S. now indistinguishable from those in Saudi Arabia or Yemen? And does a coup have so little downsides that he can allude to it so casually?

The stunt Frank imagines has already been tried. It didn’t turn out well for the governor of Arkansas in 1957 when he called out the Arkansas National Guard to support segregationists opposed to a Supreme Court demand to integrate Little Rock public schools. President Eisenhower’s response was to federalize the Arkansas National Guard to remove it from the governor’s control and replace it with the Army’s 101st Airborne Division. Game, set, and match.

Frank is big on bravado, but he really needs to think through whom he allies himself with.

Every human being has the same right
to marry someone of the opposite sex.
— Frank Turek