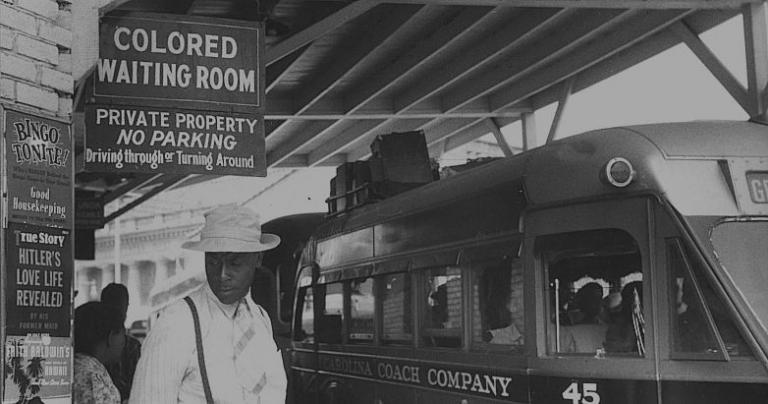 In a 2014 Christian Post survey of “intolerant liberalism,” half of the 33 examples had to do with same-sex marriage or acceptance of homosexuality. It’s been almost four years, and our recent election season has reshuffled what issues are uppermost in the public mind. Homosexuality and same-sex marriage aren’t big issues at the moment. Nevertheless, I’d like to revisit same-sex marriage for two reasons, first because within fundamentalist and evangelical circles in the U.S. it still resonates, and it’s good to brush up on the arguments. Second, because I’d like to periodically bring up some of these clueless arguments so that the Right won’t be able to get away from the hateful stuff they’ve said.

I keep thinking that conservatives will throw in the towel and begin to worry about other issues, maybe ones that actually matter. How about energy independence or improving conditions for America’s poorest citizens? Instead of sending soldiers to guard the border, why not construct a guest worker program so that laws could be upheld and the economy could benefit from legal foreign workers? Conservative politicians: if your constituents reward posturing on empty political issues, couldn’t you also count on them to reward you when you actually address society’s substantive problems?

Let’s take a look at one Christian pundit who’s keeping the anti-same-sex marriage candle burning. Frank Turek is one of the fish in this “traditional marriage” pond, but that pond is drying up. I’d like to preserve what he said in 2014 so that it can be used to plague him in the future. Much of the following is in response to some of his articles (one, two, three, four, five).

Here are those popular arguments against same-sex marriage.

In Frank’s dictionary, “activist judge” actually means “a judge who doesn’t do what I want.”

Activist judges won’t honor the ballot box. 41,020,568 people across more than half the states have voted to recognize marriage for what nature’s design says it is—the union of one man and one women. Yet just 23 unelected judges have overturned those 41 million people across about 20 states!

Yeah, that’s how the legal system works sometimes. Very few laws are put in place by direct vote of the citizens, and sometimes judges are the last step in the process.

Frantic Frank imagines the sky falling with these “unelected judges” rampaging through society and overturning laws, but the Constitution defines the separation of powers that form the checks and balances between the branches of government. Federal judges are appointed by the president and confirmed by senators who are elected. Judges can be impeached. The Constitution can be amended. I’ll believe that “activist judge” isn’t simply a convenient slur to be used when he doesn’t get his way when he applies it to conservative decisions.

For all their talk about equality, the other side does not respect democracy unless the vote comes out their way.

But surely that’s not true for Frank. He’s okay with public opinion—which is good, because even at the time of his writing in 2014, a CBS News/New York Times poll showed the public strongly in favor of same-sex marriage by 56% to 37%, with the gap continuing to grow. Look at the trend from the Gallup poll:

And now in 2018, three years after the Obergefell decision made it legal nationwide, we’ve seen that the sky hasn’t fallen as predicted. The public split in favor of same-sex marriage has grown dramatically to 67% for vs. 31% against.

Frank next denies that there’s a problem.

Everyone already has equal marriage rights. Every person has the same equal right to marry someone of the opposite sex.

Compare with this: “It shall hereafter be unlawful for any white person in this State to marry any save a white person” from the Virginia Racial Integrity Act of 1924. Sounds like the same deal, with the white folks constrained just like everyone else—in fact, more so. That’s fair, so what’s to complain about? I wonder how Frank can fault the logic in the racial category but not identical logic in the sexuality category.

Frank’s assurance that things are fair and he’s not prejudiced sounds hollow when his proposal doesn’t inconvenience him. He wanted to shut off an option that could benefit millions of Americans, but that’s okay because he’s not one of them. Here’s an idea, Frank: how about if people with odd Social Security numbers can only marry people with even numbers and vice versa? Everyone is constrained by the same rules, so it’s fair, right? Is someone you care about inconvenienced yet?

If you say that that’s a stupid rule, you’re getting an idea of what some people say about your claim above.

3. But you can’t redefine marriage!

Been there, redefined that. Don’t imagine that marriage has been a constant since Adam and Eve. Just considering marriage in the U.S., rules against interracial marriage were struck down in 17 states in 1967. Marital rape has been a crime in all states since 1993. “Head and Master” laws, which allowed the husband to have the final say in household decisions (including selling jointly held property without the wife’s knowledge or consent), were overturned in all states by 1979. Adultery and divorce have also been redefined.

Even now, requirements vary by state. What’s the age of consent? Can you marry your cousin? Is a blood test or Social Security Number required? What’s the waiting period? Residency requirements? Requirements for divorced persons? Let’s not pretend that marriage is fixed.

Frank rejects the comparison of laws against same-sex marriage with racist or sexist laws.

We can agree that laws that precluded citizens from voting were wrong. They thought it was okay back then, but society changes. Frank presumably has no problem with society evolving and improving. That’s good, because it’s changed again to accept same-sex marriage.

Heterosexuality is not normal,
just common.
— seen on the internet

November 8, 2018
Revisiting Hitchens’ Challenge and the Value of Hope
Next Post

November 14, 2018 Science and Christianity: A Dangerous Mixture
Recent Comments
748 Comments | Leave a Comment
Browse Our Archives
get the latest from
Cross Examined
Sign up for our newsletter
POPULAR AT PATHEOS Nonreligious
1