Missionary John Chau Died for Nothing: Why the Great Commission Didn’t Apply to Him (or to You)

Missionary John Chau Died for Nothing: Why the Great Commission Didn’t Apply to Him (or to You) December 3, 2018 Bob Seidensticker 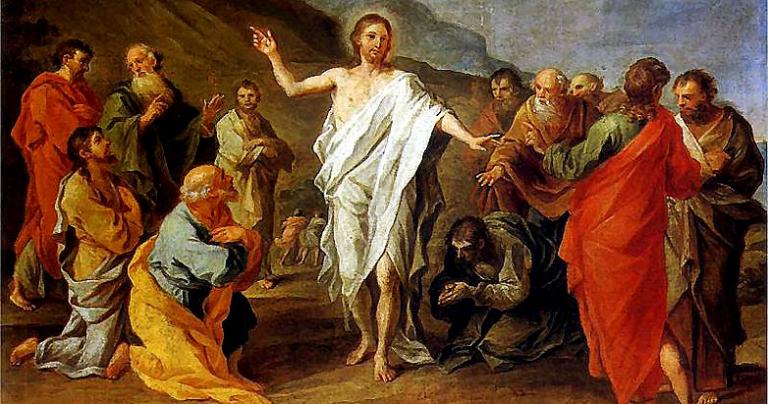 John Chau, the missionary who was killed a few weeks ago by the inhabitants of a small island in the Indian Ocean, was arguably brave and selfless in his desire to spread the gospel. The tragedy was that his sacrifice was for nothing, even within a Christian context. The Great Commission, the charge Jesus gave to spread the gospel, wasn’t given to him. In fact, it wasn’t given to anyone now living, and the Bible makes that clear.

Here are six reasons why Christians should ignore the Great Commission.

1. Jesus wasn’t talking to you.

Jesus said, “Go and make disciples of all nations” (Matthew 28:19), but he was speaking to his disciples. Don’t flatter yourself—you’re not Luke or Peter or John.

Some might assume Jesus had more in mind. After all, he had to be thinking about who would carry on the evangelical task. Who would take up the challenge in the next generation and the next? The answer: nobody. Jesus wasn’t thinking about Christian evangelism centuries in the future. He saw the end within the lifetimes of his hearers.

Other chapters in the Bible make clear that Jesus was not addressing today’s Christian. An earlier commission also charges the disciples to spread the word, but this time Jesus gave them superpowers. They had “authority to drive out impure spirits and to heal every disease and sickness” (Matthew 10:1).

Jesus also said to his disciples, “Whatever you bind on earth will be bound in heaven, and whatever you loose on earth will be loosed in heaven” (Matthew 18:18). Binding means to forbid and loosing means to permit, both by an indisputable authority. We see something similar in another gospel, a power you’d think would be reserved for God himself: “If you forgive anyone’s sins, their sins are forgiven; if you do not forgive them, they are not forgiven” (John 20:23).

The Bible shows the disciples performing healing miracles. The book of Acts has Paul healing a lame man, Ananias curing blindness, and Peter raising the dead. “Everyone was filled with awe at the many wonders and signs performed by the apostles” (Acts 2:43). In John, Jesus said, “He who believes in me will also do the works that I do; and greater works than these will he do.”

Another aspect of miracles is the amazing claims made for prayer. In Matthew, Jesus says, “Ask and it will be given to you; seek and you will find; knock and the door will be opened to you.” In Mark, Jesus says, “Whatever you ask for in prayer, believe that you have received it, and it will be yours.”

But it doesn’t work that way for Christians today, and everyone knows it. Christians can’t reliably heal, and prayer doesn’t “work” like a light switch or a car works. To get out of this bind, Christian apologists sometimes sidestep the problem by saying that times have changed, and these remarkable abilities were available only to the disciples.

3. You can’t have confidence that your interpretation is correct

Christianity has 45,000 denominations, and it’s budding off new ones at a rate of two per day. There are a lot of fundamental doctrines that separate these denominations. You may be confident in the rightness of your views on those important matters, but you can have no certainty that you’re right. There is no objectively correct way to interpret the Bible. When your Christian views differ from your neighbor’s, how can you prove which one is right? How can you insist that yours are correct?

4. It’s not everyone’s job to evangelize

Paul says that we have different gifts (1 Corinthians 12:4–11). Yours isn’t necessarily to evangelize. And don’t take on the teaching role lightly: “Not many of you should become teachers, my fellow believers, because you know that we who teach will be judged more strictly” (James 3:1).

5. When the Bible makes a crazy demand, Christians ignore the demand

Christians casually dismiss aspects of the Bible that don’t translate well into modern Western society—God’s support for slavery, polygamy, genocide, human sacrifice, and so on. The Bible makes God’s position clear, but loftier principles override the Bible, and Christians (correctly) take the sensible approach where there are conflicts. If pushing your beliefs on others also doesn’t feel right, maybe that’s because it isn’t.

And what’s the point of evangelization anyway? Fundamentalists will tell you that it’s the Holy Spirit that does the work, not your evangelization, “so that no one can boast” (Ephesians 2:8–9). Surely the omnipotent Holy Spirit has the capability to save souls and isn’t constrained by what people do or don’t do.

6. There’s no need for the Great Commission

Christians have been told that it’s their duty to save people. Just imagine if your neighbor went to hell simply because you were too lazy to convince him that he was a broken sinner who needed what your church was selling.

We see a similar attitude in the parable of the sheep and the goats in Matthew 25. The King gives eternal life to those who lived honorable lives on earth. Evangelism and mandatory beliefs aren’t necessary.

Christians, discard the great baggage of the Great Commission. There’s work enough to just live your life as a good Christian. If someone asks, you can give the “reason for the hope that you have” (1 Peter 3:15).

If you want to more closely follow the lead of Jesus, he spoke at length about helping the disadvantaged. That’s a charge that makes a lot more sense.

When Christians tell you that they’re confused
with how the Bible seems okay with slavery and polygamy,
don’t tell them not to worry and that 2+2=5 after all.
2+2=4, and the work of Christianity
is learning how to deal with 4.
— Laura Robinson, quoted here

November 30, 2018
A Very Zeitgeist Christmas: Rebuttal to the Astrology Claims for Jesus
Next Post

December 5, 2018 A Skeptical Christmas
Recent Comments
483 Comments | Leave a Comment
Browse Our Archives
get the latest updates from
Cross Examined
and the Patheos
Nonreligious
Channel
POPULAR AT PATHEOS Nonreligious
1