Turning the Tables on Same-Sex Marriage? Not with THIS Argument (2 of 2). 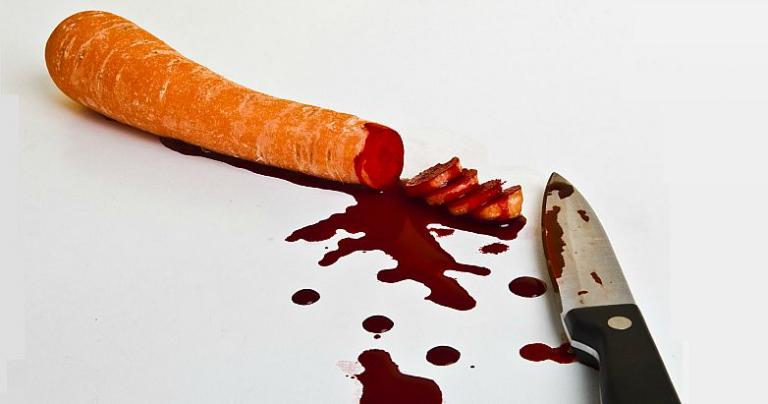 In part 1, we reviewed an inept attempt to prove the hypocrisy of same-sex marriage proponents. You say it’s wrong for a Christian baker to refuse to bake a gay wedding cake? Let’s see how you like it when the tables are turned! So they surveyed pro-gay bakers and asked them to bake a wedding cake for a straight wedding.

Kidding! There’d be no story in that case, because the bakers would’ve all been happy for the business. And why not? Same-sex marriage advocates (going forward, I’ll sometimes call them “liberals”) are embracing marriage, not disparaging it. No, the experiment was actually to ask pro-gay bakers to bake a cake with the slogan, “Gay Marriage is Wrong.” I discussed the problems with this experiment in part 1.

Blogger Tom Gilson has wrestled with problem of why the anti-same-sex (“conservative”) position has done poorly.

How do the conservatives improve their strategy? Gilson offers some suggestions.

“First, we need to do our homework.” He encourages his side to study the argument thoroughly.

No, he doesn’t want to reconsider his position.

Or consider that same-sex marriage expands marriage rather than attacks it.

Or wonder if maybe there are far bigger problems in the world that deserve their attention or ask what Jesus would do.

No, he just wants to double down on the conservative position and work on positioning the message with better PR.

“Second, we need to identify the other side’s rhetorical weakness.” The pro-same-sex marriage side shows a sympathetic face when arguing for their position, he says, but they’re nasty when attacking the conservative position. He gives some examples of weak points in his opponents’ position.

2a: Liberals say the conservatives are haters. But when they disagree, they’re just as hateful.

We can say that disagreement = hatred, and with that definition the two sides would be symmetric. But the goals are different, and expanding marriage is a far more loving goal than making it a gated community. Your rhetorical problem remains.

2b: Liberals blather on about marriage equality, but they don’t really believe that. They put constraints on marriage, too.

A definition makes clear what is included as well as what is not. Obviously, everyone puts limits on the definition of marriage just like they do for every other word. Gilson imagines that “marriage equality” must mean no constraints at all and that it accepts incestuous, bigamous, and other controversial unions. A quick look at how the term is used makes clear that this disingenuous complaint is groundless.

And note that his examples are arguably harmful options. Same-sex marriage isn’t harmful to anyone, not even to Christians. If it makes Jesus sad, he should let us know.

“Third, we need to be wiser about finding points of rhetorical symmetry.” Instead of demanding that gay bakers make hateful cakes (which he never sees the rhetorical problem with), he says that it would be rhetorically more productive to ask them to cater conferences for the anti-same-sex marriage position. “If they refuse, then that’s clearly discriminating.” Gotcha!

No, it doesn’t work that way. U.S. federal law recognizes protected classes that can’t be discriminated against. A business that provides public accommodation must (with few exceptions) serve all the public and can’t discriminate based on race, religion, national origin, sex, disability, age, and other categories. States have added additional classes. For example, Colorado made discrimination based on sexual orientation illegal in 2008. This was the law broken in the 2012 Masterpiece Cakeshop case in which a Christian baker refused to bake a cake for a same-sex wedding.

Again, I make the challenge: ask pro-gay bakers to bake wedding cakes for straight weddings. Show me one who won’t make an inoffensive wedding cake for a straight, Christian couple, and I’m on your side.

“Fourth, we need to put real faces on our position.” He suggests finding adult children of same-sex couples who have bad stories to tell.

Sure, you can find people who had a bad experience growing up with same-sex parents. But you can’t swing a dead cat without hitting someone who had problems growing up with straight parents. What does that tell us? Seems to me that it says that marriage in the real world is imperfect. If you want to fret about marriage, focus on the social conditions that put pressure on all marriages.

“Fifth, even though it’s an uphill battle, we need to continue to explain and defend moral truth.”

Your “moral truth” is looking pretty hateful right about now; that’s why it’s an uphill battle. You still want to go with that as your final answer? Thirty years from now, the predominant Christian message on this subject will celebrate Christian leaders who took the tough stand to embrace homosexuals and accept same-sex marriage. History is listening.

“Finally and most importantly, we need to bear in mind that there is a spiritual asymmetry here as well.” The point here seems to be that Christians can’t forget the biblical reasons to reject same-sex marriage.

First, biblical reasons mean nothing in the secular public square. U.S. local, state, and federal government can’t make laws to advance a religious goal. In this domain, an argument that has only a Christian justification has no justification.

Second, the biblical argument against same-sex marriage is nonexistent (here, here). The Bible is a Rorschach test, and you read yourself into it. Don’t pretend that the Bible speaks unambiguously on this subject.

Look around you. There are millions of Christians happy to accept the liberal position. Two adults want to celebrate their love for each other—what’s not to like? These Christians feel no tension with their religious beliefs. What does it say about you that you can’t go there?

Some points of agreement

I think there’s more common ground than Gilson wants to admit. Obvious fact #1: the definition of marriage has changed over time. Biblical marriage, with its polygamy and other weird rules is a distant memory, and marriage continues to change today. Just in my lifetime, laws in the U.S. restricting marriage to people of the same race have been eliminated, divorce has become much easier, adultery is being decriminalized, and marital rape is now illegal. Even today, there are subtle differences between states’ definitions of marriage—different ages of consent, different restrictions on whether cousins can be married, different eligibility requirements, and so on.

Obvious fact #2: a definition imposes limits. Whether same-sex marriage is legal or illegal, there is no slippery slope problem. Conservatives don’t want to broaden marriage so that someone can marry their sex toy, and neither do liberals.

When you drop the fantasy that marriage is an unchanged institution since Adam and Eve, the same-sex marriage position seems a lot more reasonable. I doubt this will be persuasive, though. I think that Gilson is stuck with his position and doesn’t care which side has the stronger argument. He uses his substantial intellect to defend the conservative position, right or wrong.

Gilson concludes his article by doubling down on the original message.

Before [this] experiment, no one ever seems to have thought of doing anything so thoughtlessly rude, except for the gays who asked conservatives to make cakes for their celebrations.

Gilson wants to know what the big deal is. So Straight-laced Christian Cakes won’t serve “your kind”? Not a problem:

I thought about the reported responses the conservatives gave: respectful, offering advice on other places people could be served, and compared it to [the angry responses] reportedly heard in response to [the request to bake “Gay Marriage is Wrong” cakes].

Are you also okay with a baker telling the Chinese couple or mixed-race couple that he didn’t approve of their marriage, but that there were other bakers in town without his high standards who might stoop to serve them?

And if same-sex marriage doesn’t exist for you, then what’s the problem? As far as you’re concerned, this is just a cake for a party. (h/t commenter Kodie)

While we’re offering “respectful” advice, let me offer some: if a wedding cake baker can’t follow the law, they can bake something besides wedding cakes or find another job.

And then I thought, Why do they accuse us of being the haters?

A trick question, perhaps? In this case, it’s because the experiment you applaud was hateful! And I keep coming back to the central issue. We’re not talking about a cake sculpture illustrating a lynching, a massacre, or the Kama Sutra. It’s a cake for a wedding! I can hardly imagine a worse event for conservative Christians to line up against.

You’re trying to improve your PR, but you’re still stuck with opposing a wedding cake. And you’re baffled why you’re labeled as haters?

Think about it for a minute.

Why is it that the same justices so eager
to bestow human rights upon corporations
are so reluctant to recognize them
as applying to actual human beings?
— Richard S. Russell

December 27, 2018
Turning the Tables on Same-Sex Marriage? Not with THIS Argument.
Next Post

January 3, 2019 God Created the Universe From Nothing—Or Did He?
Recent Comments
4,082 Comments | Leave a Comment
Browse Our Archives
Follow Us!

Veteran UK atheist Barbara Smoker dies aged 96
I LEARNED with sadness today that Barbara Smoker, former President of the...
view all Nonreligious blogs
What Are Your Thoughts?leave a comment