Turning the Tables on Same-Sex Marriage? Not with THIS Argument.

Turning the Tables on Same-Sex Marriage? Not with THIS Argument. December 27, 2018 Bob Seidensticker 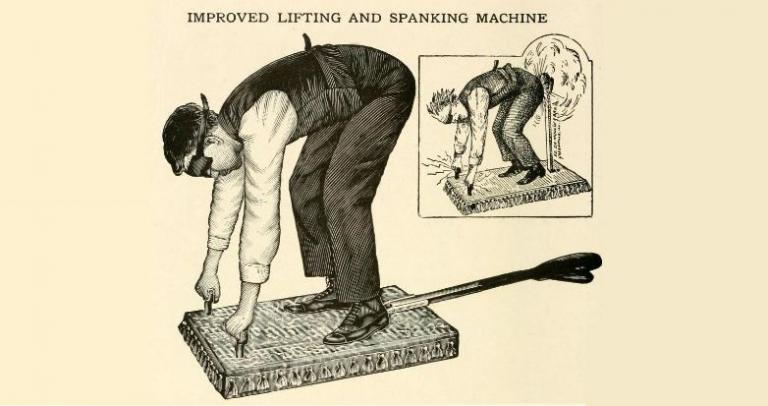 The Masterpiece Cakeshop case was decided by the Supreme Court last summer in favor of the baker who refused to make a wedding cake for a same-sex marriage, but it was a narrow ruling that set little or no precedent. It remains an open question how far “My religion demands that I not serve your kind” can go.

Before that case was decided, a Christian blogger wanted to demonstrate the hypocrisy of gay couples asking Christian bakers for wedding cakes. So it’s not okay for Christian bakers to refuse? Let’s see how gay bakers like it when the tables are turned!

The Freedom Outpost blogger asked thirteen gay or pro-gay bakers for a cake that said, “Gay Marriage is Wrong.” Each baker turned him down.

If anyone who objects [says] our request for the cake was hateful, this is exactly the type of thing the homosexual activists do to Christian bakeries when they use the state to coerce them to make a cake with an explicitly pro homosexual slogan on it. Well, to turn it against them, we asked for an explicitly anti-homosexual marriage cake.

This inept experiment fails since the two positions aren’t symmetrical. The gay couple in the 2012 Colorado case simply wanted a wedding cake, not an anti-Christian or anti-conservative statement or even a political statement of any kind. It’s just a wedding cake—a symbol of love, remember? If someone is determined to take offense at that or see the wedding not as a loving couple wanting to get married but a deliberate poke in the eye of their lord and savior . . . well, I guess there’s not much you can do about that. But an objective observer would not see the imagined crime.

(Going forward, I’ll sometimes use conservative/liberal as synonyms for the clumsier phrases “same-sex marriage opponent/proponent.” This may bring to mind politics, but that’s fine since politics seems to be at least as much of a driving force as Christianity.)

The “Gay Marriage is Wrong” cake was just hate speech. You’re welcome to say that, but you’re not entitled to demand someone else to do so. You want a symmetric experiment? Ask a gay baker to bake a wedding cake for a straight couple with the familiar bride/groom cake topper. If the baker demands that you take your business elsewhere because they don’t serve “your kind,” then you’ve got a case.

I’m sure that Freedom Outpost knew that that request wouldn’t cause any sparks, which is why they didn’t try an honest symmetric experiment but opted instead for a groundless grandstanding opportunity.

Tom Gilson of the Thinking Christian blog supported this experiment:

First, the cake does have a point to make, but “the man/woman-only view is wrong” is not it. How hateful do you have to be to take a couple’s celebration of their special day and insist that the purpose is actually just to be mean to you?

If you enjoy being cantankerous, you could see the same kind of message in a man/woman wedding cake. Is this cake a deliberate jab at the couples who couldn’t afford a wedding this nice? Or the couples who only bought a small cake because they don’t have as many friends? Or the people whose potential mate turned them down?

Who would imagine any of those messages as subtext in a wedding cake? Who would think that that is a primary message of the wedding? If you’re thin-skinned, see this as a winner-take-all political game, and are determined to be offended, then you might see every gay wedding cake as a personal affront, but that’s your problem.

Onto the second point, that it’s hard to make the statement “gay marriage is wrong” with an ordinary wedding cake. That’s right, and that’s why the experiment was irredeemably flawed. A symmetric cake doesn’t actually make an objectively offensive message.

Is it always politics?

There’s an obvious lesson here—that a truly symmetric cake would actually send a loving message, so the objection to anti-discrimination laws was motivated by politics rather than logic—but that’s not where Thinking Christian wants to go with this. The post takes the conservative, anti-same-sex marriage position as a given and explores the argument from a strategic standpoint. How can conservatives make their message more palatable?

He summarizes the two positions this way:

Natural marriage proponents are defending an institution and standing in the way of gay couples’ desire to marry. [They] seek to disrupt two real people’s desires, hopes, and felt needs.

Same-sex “marriage” proponents are attacking an institution and defending couples’ desires to marry. [They] seek to disrupt the historic institution of marriage.

(It’s fun how he adds scare quotes to same-sex “marriage.” My position has been insulted even before he gets started!)

There’s a big difference between attacking marriage and seeking to expand it. And I presume by “disrupt the historic institution of marriage,” this is a claim that marriage is unchanging. It’s not and has been dramatically changed just in my own lifetime (more on that later).

Then we get the predictable, tired arguments in favor of the conservative position: marriage is important for children (actually, healthy families are important to children), same-sex marriage is morally wrong (you’re free to avoid same-sex marriage if you don’t like it, but you’re not free to put your supernatural conclusions into laws), and so on.

And I must respond to his use of the phrase “natural marriage.” Marriage is not natural; it’s a manmade institution, and it can be defined any way that society decides. What he’s confusing with marriage is sex. Sex is natural, and marriage is not. Marriage wasn’t even a Christian sacrament until 1215.

Gilson wrings his hand at his difficulty.

Gay “marriage” doesn’t have to be right to win rhetorically. . . .

We ask gay bakers to make cakes for us that express our position, just as gays have asked some of us to [bake] cakes that express their position. Their request comes across as rhetorically natural, ours is clumsy and awkward.

You’re determined to miss the point. No, your request comes across not as awkward but as hateful because your game is not symmetric. This ridiculous demand to make a “Gay Marriage is Wrong” cake is as relevant to the issue as demanding a Ku Klux Klan cake. Neither is the symmetric version of a cake for a gay wedding.

Continue to part 2 for a critique of six steps the author recommends to help conservatives strengthen their rhetorical position.

To call homosexuality [acceptable]
as long it doesn’t include sex
is like the sound of one hand clapping.
— commenter Y. A. Warren