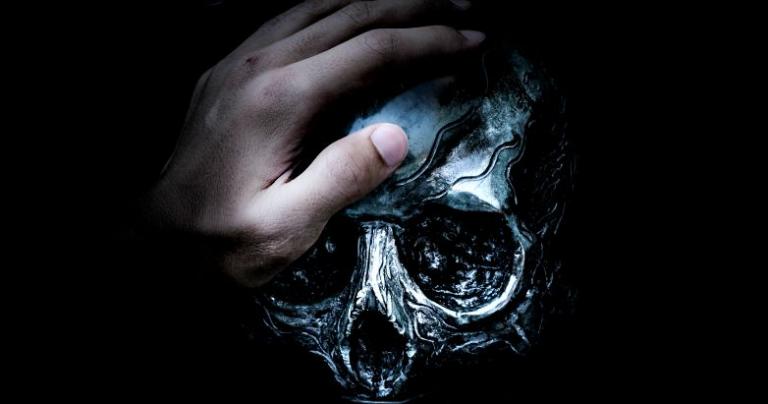 What do you call the magic words and curses, relics and charms, prophecies, potions, divination, numerology, and more that godly people have (and still do) use? How about “magic”?

In this conclusion, we’ll look at curses, magic words, divination, and numerology used by the players in the Christian story. (Part 1 here).

The Psalms are full of curses on enemies. Here’s a fragment from Psalm 109.

May his children be fatherless and his wife a widow.

May his children be wandering beggars; may they be driven from their ruined homes.

May a creditor seize all he has; may strangers plunder the fruits of his labor.

May no one extend kindness to him or take pity on his fatherless children.

And on and on it goes. Fun fact: these old curses can be dusted off and used today. (In polite company, these are called “imprecatory prayers”—so much nicer than “curses.”) For example, pastor Wiley Drake in 2009 publicly declared that he called down a curse on President Obama. That’s right—he asked God to kill President Obama. The assassination of abortion doctor George Tiller weeks earlier had been, in his mind, an answer to his prayers. Jesus does talk about turning the other cheek, but who has time for that when there’s righteous smiting to be done?

I suppose the logic is, if you can pray for good things for people, why not bad things? And if you can imagine that prayers for good might nudge the Almighty to grant your wish, you can imagine the same for the prayers for bad. There’s no need to feel bound by the ordinary laws of nature when Jesus promised, “Whoever believes in me will do the works I have been doing, and they will do even greater things than these” (John 14:12).

Then there are words of the “abracadabra” variety. For example, God spoke the universe into existence (“Let there be light,” etc.). Jesus healed Lazarus with words. The gospel of Mark, written in Greek, carefully noted the Aramaic words Jesus used to heal a mute man (7:33–5) and raise a dead girl (5:35–42).

Missionary John Chau’s personal introduction to the Sentinelese people, “My name is John, I love you, and Jesus loves you,” was in English, which suggests that he was hoping for divine assistance. Perhaps he wanted the magical eloquence that God promised Moses when Moses protested against public speaking (Exodus 4:12).

We find the idea of magic words in English when we say “God bless you” after a sneeze (originally, a shield against evil). “Goodbye” originally meant “God be with ye,” expressing the wish that God keep you safe on your journey.

This is the “Thou shalt not suffer a witch to live” category. Several Bible passages tell us that sorcery and related arts are forbidden:

Let no one be found among you who sacrifices their son or daughter in the fire, who practices divination or sorcery, interprets omens, engages in witchcraft, or casts spells, or who is a medium or spiritist or who consults the dead. (Deuteronomy 18:10–11)

The story of the Witch of Endor (1 Samuel 28) also paints witches in a bad light.

And yet the Bible also speaks favorably about divination. Joseph foretold the future by interpreting Pharaoh’s dreams (Genesis 41), and we learn that he could read the future by scrying with a silver cup (Gen. 44:5). The high priest used the Urim and Thummim, magic stones that divined God’s will (Exodus 28:30, Numbers 27:21, 1 Samuel 14:41–2). The disciples of Jesus cast lots (cleromancy) to determine the successor to Judas (Acts 1:26).

Nutty Harold Camping believed in numerology, the idea that numbers have magical meaning. He predicted that the end of the world would happen on May 21, 2011, which was, by his reckoning, (5 × 10 × 17)² days after the crucifixion. That number may seem like an odd bit of trivia, but Brother Camping used the biblical pairing of numbers with meaning.

Do you remember on what day God rested after creating the world? It was the seventh day, and 7 is the number of completion. Noah’s 40 days and 40 nights of rain? The number for a long period of time is 40, and we see it in Jesus’s temptation in the desert (40 days) and the Israelites’ wandering in the Sinai (40 years).

Back to Harold Camping: biblical numerologists say that 5 = atonement, 10 = completion, and 17 = heaven, so the number of days from crucifixion to May 21, 2011 was (atonement × completion × heaven) squared. (Events didn’t work out as Camping planned.)

A few years ago, Paula White decided that the verse du jour was 1 Chronicles 22:9. This verse was particularly important because 229 would (in dollars) make a nice stretch goal for her followers. So she spun that verse into an appeal for $229, ignoring that the division of the Bible into chapters and verses wasn’t done by the original authors and is in fact a fairly recent addition (verses were first labeled in the mid-1500s and chapters a few centuries before that).

How is an imprecatory prayer different from an incantation? How is a miracle different from magic? Calling supernatural results “miracles” for God and Friends and “magic” for everyone else is just a groundless Christian conceit. You can define the words that way, but know that that’s an expression of your agenda and not how Merriam-Webster defines them.

This is another instance of Judaism and Christianity looking pretty much the same as all the other religions. Yes, the Bible has its own unique take on magic, but none of this is fundamentally new. The Bible borrows the magical ideas from related religions. If all religions were manmade except for Christianity, Bible magic wouldn’t look like that of neighboring religions.

If Christians really have the 100% direct poop
on what’s moral and what isn’t,
directly from God’s lips to their ears,
how come they can’t agree on what it is?
— commenter RichardSRussell

December 20, 2018 20 Arguments Against Same-Sex Marriage, Rebutted (Part 6)
Recent Comments
118 Comments | Leave a Comment
Browse Our Archives
get the latest from
Cross Examined
Sign up for our newsletter
POPULAR AT PATHEOS Nonreligious
1