Why Not Call What God Does “Magic”?

Why Not Call What God Does “Magic”? December 13, 2018 Bob Seidensticker 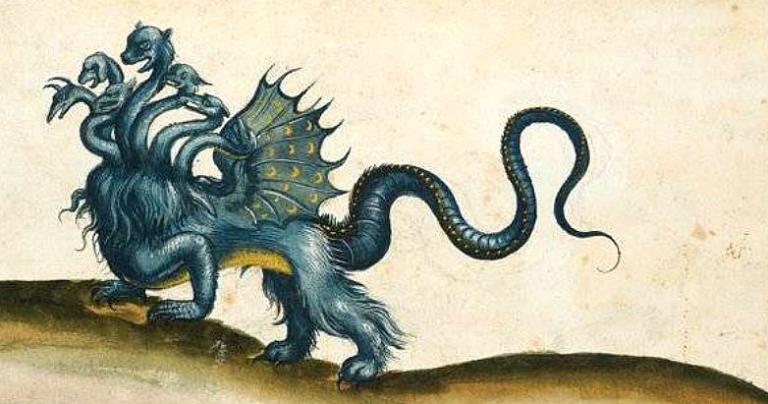 Many Christians say that the supernatural wonders in the Bible performed by someone on God’s team must be called “miracles.” But look at the currency of these godly people—magic words and curses, talismans and charms, prophecies, life force, potions, divination, numerology, and more—and see if they don’t sound like magic.

Jesus healed a blind man by making mud with his spit and putting that on the man’s eyes. After he washed his eyes, the man could see (John 9:6–7). This was a tricky potion even for Jesus, because in the earlier parallel story, Jesus needed two tries to get it to work (Mark 8:22–5).

A more complex potion is needed in the trial by ordeal used to test a wife’s faithfulness (Numbers 5:11–31). Curses were written on a scroll, and those words were rinsed into a potion made of dirt and water. The accused woman had to drink the potion. She would miscarry, but only if she had been unfaithful.

The Ten Commandments prohibited misusing the name of God, but what is a misuse? Frivolous, careless, or blasphemous use was one concern. That’s why “Yahweh” is avoided within Judaism in favor of Adonai (“The Lord”) or HaShem (“The Name”). When writing in English, Jews might go as far as to write “G-d.” By camouflaging a name that is itself a euphemism, they put themselves two steps away from using the sacred name of Yahweh.

But there’s another angle, explained in Wikipedia:

The ancient Jews considered God’s true name so potent that its invocation conferred upon the speaker tremendous power over His creations. To prevent abuse of this power, as well as to avoid blasphemy, the name of God was always taboo, and increasingly disused so that by the time of Jesus their High Priest was supposedly the only individual who spoke it aloud—and then only in the Holy of Holies upon the Day of Atonement.

This helps explain why God told Moses that his name was “I am” (Exodus 3:14). God was evasive because a name gave someone power. It also helps explain why we call the Christian god “God.” (It’s not like calling your cat “Cat” since “Yahweh” has power.)

Another example is Jacob wrestling God (Genesis 32:22–31). At the end of the contest, God blessed Jacob with the new name of Israel, but God refused to give his name to Jacob.

In the Garden of Eden story, Adam was granted the privilege of naming the animals.

Names having power is a popular idea outside the Bible as well. We see it in folklore, literature, and legend. In Homer’s Odyssey, Odysseus used both a false name and his true name in his fight with the cyclops Polyphemus. Closer to our time, characters that could be controlled by their names include Rumpelstiltskin, Mr. Mxyzptlk (an enemy of Superman), and Beetlejuice. TV Tropes has a long list of additional examples of the power of names in literature, popular fiction, and real life.

Medicine and health in the Bible

We know that bacteria and viruses can cause disease but demons and sin can’t. In Jesus’s time, it was the other way around, and Jesus cured disease by expelling evil spirits (Mark 9:25). Disease was also a consequence of sin (John 5:14; Mark 2:2–12).

We’re told that the touch of a holy man can cure. That’s how Jesus cured a leper, a person with a fever, and two blind men. He raised two dead people by touching them. And the holy man doesn’t even have to be alive! “Once while some Israelites were burying a man, suddenly they saw a band of raiders; so they threw the man’s body into Elisha’s tomb. When the body touched Elisha’s bones, the man came to life and stood up on his feet” (2 Kings 13:21). Touch can also work the other way, and a woman was healed by touching Jesus (Mark 5:30).

Jesus doesn’t even have to be there. He healed the centurion’s servant remotely (Matthew 8:5–13). (More on Jesus’s relationship with medicine here.)

Then there’s the pseudoscience that like cures like. This is the idea of using “the hair of the dog that bit you” as medicine, and we see hints of this in voodoo dolls and homeopathy. The Bible has an example in the Nehushtan, a bronze snake, erected at God’s command, that cured bites from the snakes that God sent to punish the Israelites (Numbers 21:4–9). More here.

Taking the energy from living things

Sacrificing living things can give power to a god. In around 846 BCE, the Israelites and their allies were attacking Moab, destroying city after city as they closed in on the king. The king had one final, desperate ploy, and he sacrificed his son, the future king, to his god Chemosh. The result: “There was an outburst of divine anger against Israel, so they broke off the attack and returned to their homeland” (2 Kings 3:27, NET). More on God’s weaknesses here.

Another illustration of the mojo from a sacrifice are the dozens of references to the “pleasing aroma” of a burning sacrifice. These are identified as food offerings, and the energy was conveyed up to God through the smoke. Here, too, we see the extra value in human sacrifices. Sometimes God demanded just the firstborn of the livestock, but not always. In Exodus 22:29 we find, “You must give me the firstborn of your sons.” More on human sacrifice here.

Can you say “acheiropoieta,” boys and girls? That’s a hard word! This is the category of icons made without hands—basically, icons that are not manmade artwork. The Shroud of Turin is probably the most famous one, but there are more. The Veil of Veronica is an image of the face of Jesus imprinted on a cloth when, according to legend, St. Veronica used it to wipe the sweat and blood off the face of Jesus while he was carrying his cross. The Image of Edessa (the Mandylion) is another example. You’ll be relieved to know that the International Institute for Research on the Face of Christ now exists to study these important icons.

Relics of any sort became increasingly important during the Middle Ages. The Second Council of Nicaea decreed in 787 that every church must have a relic—something physical from a saint or Jesus like a possession or a body part. Relics were already moneymakers since they brought pilgrims into town, and this decree increased the demand, both for real relics and fakes. It has been joked that there were enough pieces of the true cross to build an ark and enough nails from the crucifixion to hold it together.

The Roman Catholic Church says that the communion wafer and wine turn into the body and blood of Jesus, which makes them something of an icon.

As an aside, isn’t this reverence of sacred objects unseemly? The second commandment technically is against artwork (“You shall not make for yourself an image. . . . You shall not bow down to them or worship them.”), but this idolatry does seem like a violation.

Up next: curses, magic words, divination, and more.

For God so loved the world
he couldn’t be bothered to come up
with a decent argument.
— commenter MR

December 17, 2018 Why Not Call What God Does “Magic”? (2 of 2)
Recent Comments
158 Comments | Leave a Comment
Browse Our Archives
get the latest from
Nonreligious
Sign up for our newsletter
POPULAR AT PATHEOS Nonreligious
1