Christian Historical Claims Are Surprisingly Fragile: a Case Study (2 of 2)

Polycarp, an important second-century Christian bishop, was martyred in about 155. A letter, The Martyrdom of Polycarp, documented the appeal by the Roman proconsul to get Polycarp to avoid a death sentence by making an obligatory prayer to Caesar. Polycarp rejected the idea, saying, “For eighty and six years have I been his servant, and he has done me no wrong, and how can I blaspheme my King who saved me?”

The lecture that prompted me to write about Polycarp was “Church History” from the Credo House ministry. In response to Polycarp’s famous line, one lecturer said, “I just read that and get chills. That needs to be a t-shirt.” The other replied, “That’s one of the most beautiful statements in all of church history. It really is.”

I’m not sure why. If Jesus helped Polycarp through life’s trials no more overtly than he helps people today, I don’t see what’s worth dying for. The Jesus who urged believers to pray in a closet instead of in public wouldn’t be pleased at a public show of devotion through martyrdom. The Bible doesn’t encourage it, and martyrdom for being a Christian (in the West, anyway) doesn’t happen. (I explore a modern version of this foolish sacrifice here.)

But that’s a tangent. Our goal here is to answer the question, Did Polycarp really say this? We’ve covered three glaring red flags already (in part 1)—the story contains miracles, Polycarp’s death reads like a deliberate imitation of Jesus’s death, and many decades may have intervened between the death and the documentation of the event. Let’s continue.

We have a series of copyists, though fortunately these are known. Unlike many manuscripts, the letter documents the earliest series of copies: someone wrote the original (in Greek), and then Irenaeus got a copy, which was copied by Gaius, which was then copied by Socrates, which was then copied by Pionius. Pionius noted that the copy he had to work with “had almost faded away through the lapse of time,” which raises the possibility that he used guesswork to fill in gaps.

But at least that initial series of copyists was documented. Our final problem is the unknown period between Pionius (assuming the accuracy of the letter’s appendix) and the oldest copies that we have today. We have seven Greek manuscript copies of the letter, but these date to the tenth century and later. That isn’t a reliable foundation on which to build our translation.

Finally, we have Church History by Eusebius (also known as Ecclesiastical History), written in Greek in about 320. He copied much of The Martyrdom of Polycarp into his book, including the “he has done me no wrong” quote.

The problem is similar here: there are seven Greek manuscript copies from the tenth century or later, six Latin copies from the eighth century and later, and two Syriac copies. The earliest Syriac copy is the oldest of all existing copies, with a (surprisingly precise) copy date of 462.

Which do we point to for our most reliable copy? We have a tenth-century Greek copy of the letter, and we have a fifth-century copy of a translation of Eusebius’s copy of the letter. Neither inspires confidence. One source characterizes the problem this way: “The letter as presented in extant Greek manuscripts, the oldest of which dates from the 10th century, is somewhat different from the account given by Eusebius, so that probably the work has undergone interpolation [change].”

The two options for the dates of Polycarp’s death are more evidence of problems with these two manuscript traditions. Each tradition gives a clear but contradictory date. The copies of The Martyrdom of Polycarp say 155 or 156, while those of Church History say 166 or 167.

(A similar analysis with a tenuous chain of evidence is the claim that the gospels are eyewitness accounts. I’ve responded to that with a blog post and video summary.)

Have we chosen a particularly poor example? Candida Moss argues in The Myth of Persecution that the martyrdom of Polycarp is one of the best martyrdom accounts, and yet it’s still unreliable.

Admittedly, what Polycarp said, if anything, isn’t very important by itself. What is important is this as an example of the feeble foundation that supports many other claims that, collectively, are important.

Let’s review the problems that came up with this quote.

When confronted with a claim about early church history, be skeptical. Ask: How do you know? Any declaration about something that happened in the early church comes down to manuscripts. Are they plausible history? How long is the chain from original to our best copies (in years and number of copies)? Did anyone in the chain of copies have an agenda to “improve” the text? And so on.

Very few typical Christians will have answers. That shouldn’t be an invitation to dump a bunch of questions and insults on them and smugly walk away, however. These are complicated issues, and maybe you can each learn from the other.

The whole story of human history is:
the blasphemy of today is the commonplace of tomorrow.
— Ralph Nader 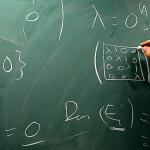 January 19, 2019 The Argument from Mathematics Doesn’t Add Up to God (2 of 2)
Recent Comments
74 Comments | Leave a Comment
"Atheism demands a small cosmos, so that is all secularist-materialists see. It isn't atheists who ..."
Michael Neville Stupid arguments Christians should avoid #43: ..."
"Too bad she doesn't have an audible book. I could listen to her for hours."
JMallett Lee Strobel’s “Case for Christ”: the ..."
"It's 423 including photographs. Then up to 583 with the index, glossary, bibliography, etc.Ave some ..."
Ignorant Amos Lee Strobel’s “Case for Christ”: the ..."
"The Principle of Sufficient Reason seems to be taken as an axiom. One may instead ..."
abb3w A response to evolution deniers: how ..."
Browse Our Archives
get the latest updates from
Cross Examined
and the Patheos
Nonreligious
Channel
POPULAR AT PATHEOS Nonreligious
1 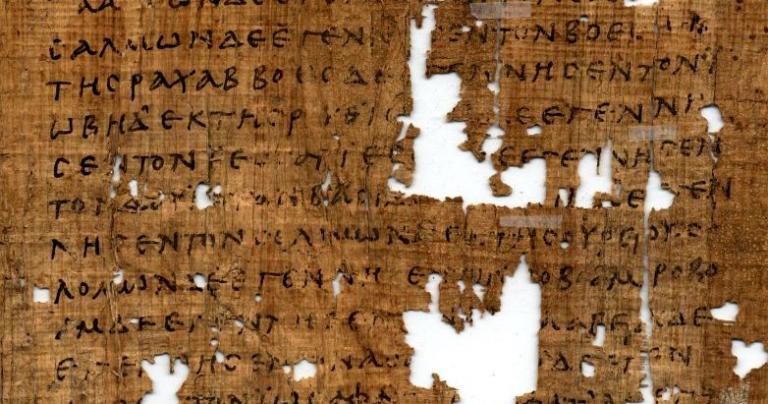