God Created the Universe From Nothing—Or Did He?

God Created the Universe From Nothing—Or Did He? January 3, 2019 Bob Seidensticker 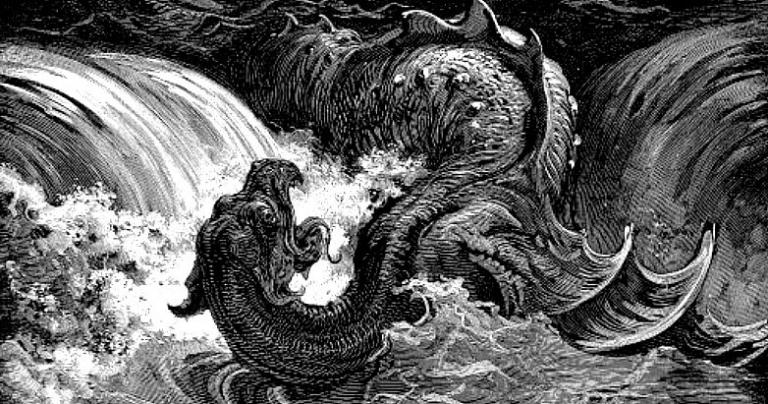 The Christian idea of creation ex nihilo, that God created the universe from nothing, is a doctrine within many denominations. The problem appears when Christians try to find it in the Genesis six-day creation story. It’s not there.

Like so many confidently stated doctrines, the Bible doesn’t cooperate. Letting the Bible speak for itself exposes the unsupported claims.

The first verse of the Bible says, “In the beginning God created the heavens and the earth” (Genesis 1:1, NIV). It doesn’t say that God created out of nothing, and only the lack of specified materials that God worked with supports creation ex nihilo.

Look more closely at the word created (the Hebrew word bara). This word is used 55 times in the Old Testament. Most instances are translated as “create,” but not all, and few could be read as “create from nothing.” For example, it’s “make a signpost” in Ezekiel 21:19 and “create in me a pure heart” in Psalm 51:10, which are obviously talking about forming out of existing material. The NET Bible agrees: “The verb does not necessarily describe creation out of nothing . . . it often stresses forming anew, reforming, renewing.”

Early church fathers like Justin Martyr and Origen also held that the Genesis creation was from something.

You can respond that this is educated guesswork and that “create” might still be the best word, but it still doesn’t say “create from nothing.” (And, of course, centuries separate the original Genesis from our best copies and it was oral history before that, so it’s also guesswork what the original said.)

The next story in Genesis, the centuries-older Garden of Eden story, also has God creating, but here he creates using something else—for example, Eve was created from Adam’s rib, and Adam was created from dust.

God did use existing matter—water

Let’s continue the Genesis 1 creation story with verse 2: “Now the earth was formless and empty, darkness was over the surface of the deep, and the Spirit of God was hovering over the waters.” The “deep” is the ocean, and the metaphorically relevant aspect here is the ocean as chaos. The six-day creation story shows God creating order from chaos.

This water wasn’t made by God but was material that he worked with. He separated the water into two parts, the sky (held up by a vault) and the ocean (Gen. 1:7). Next, we read “Let [the ocean water] be gathered to one place, and let dry ground appear,” so God didn’t create the land either.

By God’s word the heavens came into being and the earth was formed out of water and by water (2 Peter 3:5).

If you’re a regular reader of this blog, you may have already noticed hints of the Combat Myth (also known as Chaoskampf, German for “struggle against chaos”). This is a common story structure that appears in the mythology of many cultures. Some of the cultures in the ancient Near East with this myth are (oldest to youngest) Akkadia, Babylon, Ugarit, and Israel. The details were unique to each culture, but the outline is largely the same (more).

First, there’s a threat to the status quo. The threat isn’t evil, it’s chaos. The council of the gods argues about what to do, and none of the older generation of gods steps up to fight the chaos monster. A younger god (unimportant to this point) volunteers. After a fierce battle, this god defeats chaos, order is restored, and he takes his place as the chief god. The human world is formed from the body of the slain chaos monster.

For example, the Akkadian myth has Enlil as the king of the gods. Anzu steals the symbol of kingship, creating chaos. Ninurta steps up to fight Anzu. A clever trick allows Ninurta to defeat Anzu, and he becomes the new king.

Elements of the Genesis story are a little easier to see in the Babylonian version of the combat myth, documented in their creation myth, the Enuma Elis. Tiamat (the female dragon who represented salt water) and Absu (the male fresh water god) were the first gods, and their children formed the younger generation of gods.

Absu eventually grew annoyed with his noisy children and planned on killing them, but they discovered his plan and killed him first. His consort Tiamat was furious and planned revenge. Marduk the storm god responded to the threat, and he killed Tiamat, making him the king of the gods. He formed our world from the body of Tiamat, splitting it and making the heavens from one half and the earth from the other.

What we don’t find in Genesis is the beginning of the combat myth, though fragments of that are elsewhere in the Bible. Given the obvious parallels, the earlier Babylonian story must be in the lineage of the Genesis story somewhere, but not every story element made it.

Genesis not only doesn’t say that God created ex nihilo, it makes clear that he didn’t. He used pre-existing water to bring order to chaos. Genesis strongly parallels earlier combat myths, which very explicitly didn’t create from nothing but used the body of the defeated chaos monster.

A wise man proportions his belief to the evidence.
— David Hume

January 8, 2019 New Testament Manuscript Reliability Less Than You’ve Been Told
Recent Comments
291 Comments | Leave a Comment
"Gospel Jesus is supposed to be innocent. The whole salvation formula requires Jesus to be ..."
Don Camp Bible Prophecies: Fulfilled or Failed?
"What would be so remarkable about somebody losing two children during a long-term project when ..."
Greg G. Bible Prophecies: Edom’s Barrenness, Deaths of ..."
"The entire book of Exodus is propaganda, as in it never happened. Sorry, no Hebrews ..."
Michael Neville Bible Prophecies: Edom’s Barrenness, Deaths of ..."
"You did read verse 13, didn't you?No. Paul goes on to explain what that crucifixion ..."
Greg G. Bible Prophecies: Fulfilled or Failed?
Browse Our Archives
get the latest from
Cross Examined
Sign up for our newsletter
POPULAR AT PATHEOS Nonreligious
1