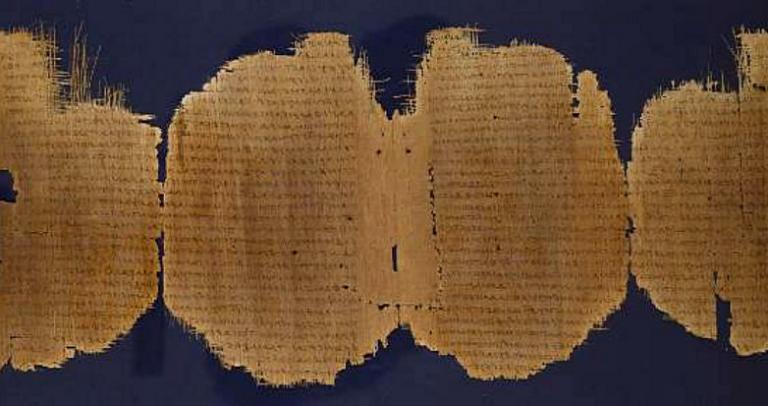 Christian apologists say that our copies of the New Testament are backed by early manuscript evidence.

Not really. I’ve responded to that argument in depth here, but let’s revisit the argument visually.

Here’s the manuscript data for Matthew. Start at year 1 at the bottom of the chart. The years advance moving up, along the left side.

The crucifixion is at about 30 CE, and Matthew was written in about 80. The reddish bar representing this original Matthew, the document we’re trying to recreate, is at year 80 (on the left side). That bar is 1071 verses wide (see the verse count along the bottom). 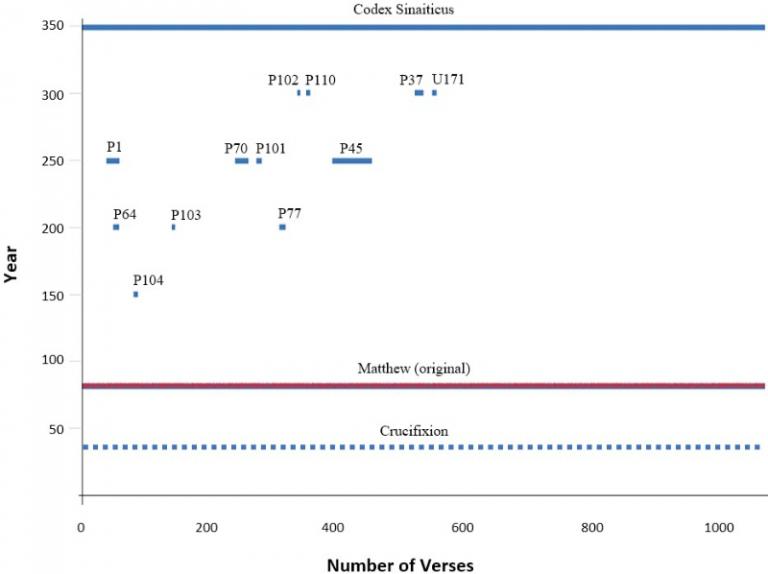 Next are three more small manuscripts containing 9, 5, and 10 verses, dated to roughly 200.

At the year 250, we have four more, including Matthew’s largest early manuscript, P45, which has 62 verses.

Finally, at the top, is Codex Sinaiticus from about 350 CE, which is our oldest complete New Testament.

There are lots more manuscripts containing Matthew, but none older than these. This is the data that attempts to support the argument that our copies of Matthew were built on a reliable foundation of early manuscript evidence.

This chart helps illustrate what little we have to go on when trying to narrow the 300-year gap from originals to the fourth-century codices like Sinaiticus. New Testament scholars do impressive work when finding the likely earliest reading from contradicting sources, but they’re putting together a jigsaw puzzle that has all the pieces but no certainty that any of those pieces are correct. Seen another way, suppose a new papyrus fragment were uncovered that had the vocabulary of a Christian document but didn’t match any known New Testament or noncanonical document. Who’s to say that that’s not actually part of the New Testament but in so early and different a form that we just don’t recognize it?

Finally, let me repeat two caveats. The dates are just educated guesses, and the copies are fragmentary. P45, a few pages of which are shown above, doesn’t contain 62 complete verses of Matthew but contains fragments of 62 verses.

Let’s look at another section of the New Testament, the seven authentic Pauline epistles, and we’ll find a slightly different story. These epistles are Romans, 1 & 2 Corinthians, Galatians, Philippians, 1 Thessalonians, and Philemon. 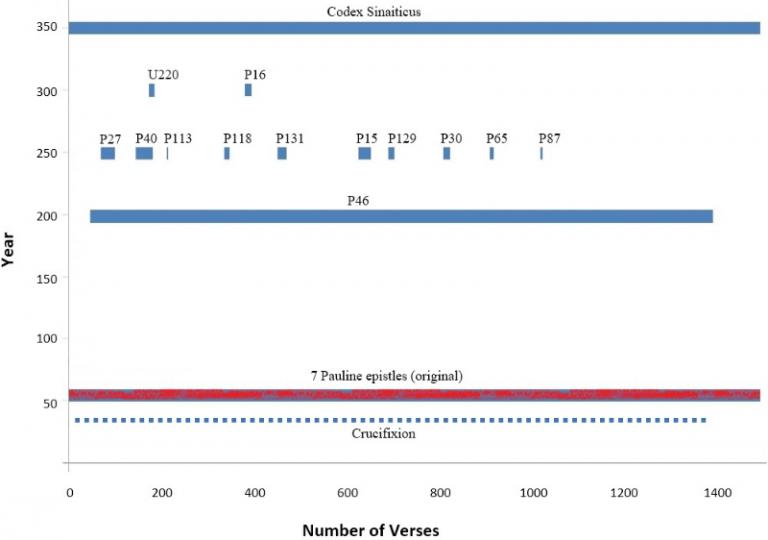 The big difference is P46, which has ninety percent of the verses in these 7 letters. While that’s an important contribution, let’s not read too much in it. Instead of one large early manuscript, as with Matthew, we have two for Paul. Remember that the apologist bragging point that started this series of posts was, “There are 25,000 New Testament manuscripts, making it the most reliable ancient document!” It doesn’t really work that way in practice, when only a handful of the oldest manuscripts form the Greek core that is used to make a modern translation.

As discussed in that earlier post, four manuscripts (P45, P46, P66, and P75) are early and large enough to give new insights into the complete New Testament that we have with Sinaiticus. Another 65 manuscripts that also precede Sinaiticus are useful but tiny (some can be seen in the charts above).

Acknowledgement: a thoughtful suggestion from long-time commenter epeeist pushed me to analyze the data visually.

[Why doesn’t God ever appear?]
We only ever seem to get the monkey,
never the organ grinder.
And the monkey always says,
“This is what I say my god wants.”
— commenter epeeist 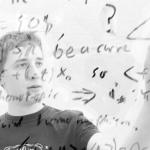