The Argument from Mathematics Doesn’t Add Up to God January 12, 2019 Bob Seidensticker 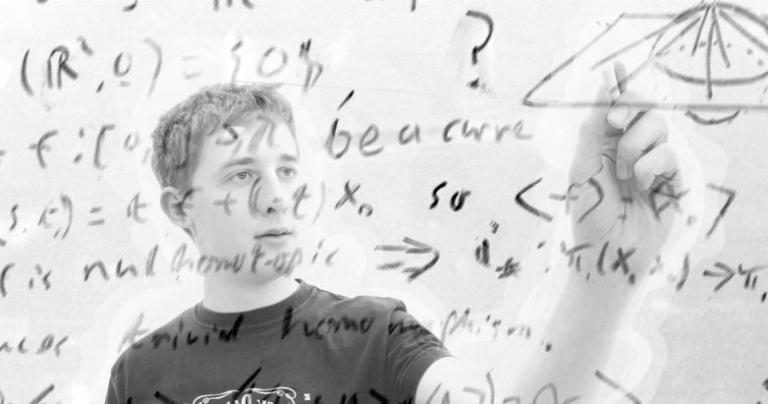 World famous Christian apologist William Lane Craig has a fun new argument: the universe is describable by math, and this cries out for designer. He’s impressed by “the uncanny effectiveness of mathematics.” He said:

It was very evident to me that [naturalists are not] able to provide any sort of an explanation of mathematics’ applicability to the physical world. . . .

So mathematics does impressive things; therefore, God? And if the theist has useful “explanatory resources,” I wonder if they’re built on evidence.

Some examples of the applicability of math to the physical world include the ideal gas law, PV = nRT; the inverse-square law; Ohm’s law, V = IR; Newton’s law of gravity, F =Gm1m2/r2; and Maxwell’s equations: 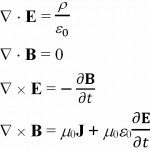 This Argument from Math is just a variant of the Transcendental Argument (discussed at length here), which in turn is just one of many arguments where Christian apologists can only hope to provoke the reaction, “Say, that is curious!”

Note too that this Argument from Math is just a deist argument. If you found it convincing, you could only justify becoming a deist. At that point, you’re no closer to Christianity than to Pastafarianism.

Reality is the hole, and math is the puddle—reality is what it is, and the math adapts as necessary. If one formulation of a law does a poor or incomplete job of explaining the physics (say, when Newton’s law of gravity didn’t work perfectly in environments with extreme gravity), the math can be changed (in this example, by adding corrections to account for General Relativity).

We don’t start with math and then marvel that the universe comports to it; instead, we see what the universe does and then invent stuff (tensors, quaternions, differential equations) that economically describes what we see. Math is a description of reality.

Also note that math has been tuned by reality to be simple. Mathematicians came across matrix operations so often that they developed shorthand versions—the del operator (∇), for example. Expand that out into a more elementary formulation, and it’s not so simple anymore. Or, replace an advanced mathematical idea with its explanation (“What does ‘integral’ mean?”), and you’ve got a textbook chapter—again, not so simple. It’s simple only in its terse form, unhindered by explanations that we laymen would need, but that hides the complex mountain on which it’s built.

Wigner said, “The only physical theories which we are willing to accept are the beautiful ones.” Here again, this may not be nature giving us miraculous math but scientists being trained by reality to see what works (and is therefore beautiful) and what doesn’t.

Physicist Max Tegmark responded to Wigner’s idea. He said that a question like “Why is math so good at describing reality?” is like “Why is language so good for conveying ideas?” Language was tuned and adapted to be good for what we need it to do, and the same is true for math.

Wigner said that Newton’s law of gravity “has proved accurate beyond all reasonable expectations,” but what are these reasonable expectations? That the universe is mathematically describable is surprising only if we expect it to be otherwise (I’ve discussed a related topic here). What then should we expect? Should we expect the same laws of nature but different fundamental constants? Different constants in different parts of the universe? Different laws? Or maybe a structure so chaotic that no equation would be accurate for more than an instant?

That’s a big burden on Craig’s shoulders, which he doesn’t even acknowledge. I doubt he has even thought of the problem, and he certainly doesn’t respond to it.

“God did it” is simply a synonym for “we don’t know.” That explains nothing.

January 15, 2019 Christian Historical Claims Are Surprisingly Fragile: a Case Study
Recent Comments
236 Comments | Leave a Comment
Browse Our Archives
get the latest from
Cross Examined
Sign up for our newsletter
POPULAR AT PATHEOS Nonreligious
1