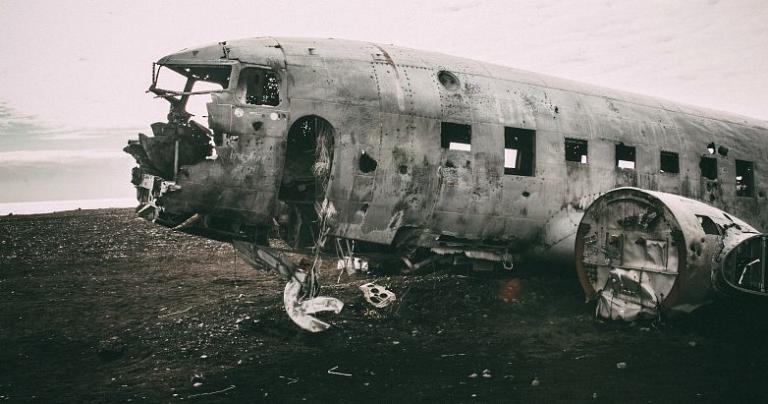 This is part 2 of our look at a Christian’s list of 16 supposedly bad atheist arguments (part 1). Take a look and see if your critique is the same as mine. Let’s pick up with #5.

Argument #5: The gospels are full of myths

“This objection completely ignores the definition of a myth in ancient literature. A myth looks back at the past to understand how something in the present came to be. The gospels were written as a historical narrative, discussing things that were happening at the time.”

Let’s first find what’s valid within this argument. Words like “myth” can have both a vernacular definition and a scholarly definition. From a scholarly standpoint, a myth is a sacred narrative that explains some aspect of reality. For example, the Prometheus myth explains why humans have fire, and the raven myth of the Salish people (from a region that includes present-day Seattle) explains where the sun came from.

Using this scholarly definition, someone saying that the gospels contain myths (1) would not be correct since the gospels don’t have explanations of where things come from (the Old Testament does) and (2) would not be saying anything dismissive (there’s nothing wrong with arguments that explain where X came from or why Y is true to this day).

Where this objection fails is that “the gospels are full of myths,” said by a layman is correct using a colloquial definition of “myth” such as, “a popular belief or tradition that has grown up around something or someone.”

(Click for more on myths, legends, and all that.)

The objection declares that the gospels were written as historical narrative, but that’s a claim that can’t just be assumed but must be supported with evidence. (I argue that the Jesus story is legend.)

Unfortunately, this objection falls into the category of errors that has ensnared so many other Christian arguments, the category of uncharitable interpretation. If someone uses a word incorrectly, don’t dismiss the error and declare victory. Instead, point out the error and allow them to correct their argument. (Click for more on apologists attempting to dismiss an argument on a technicality.)

Argument #6: Faith is belief without evidence

“This definition of faith is a clear strawman of the Christian position. Most Christians view faith as involving some sort of personal trust. The trust aspect of faith is simply ignored by the ‘no evidence’ definition.”

Huh?? This article is in Frank Turek’s blog, right? That’s the same Frank Turek who co-authored I Don’t Have Enough Faith to Be an Atheist, right? The “faith” in that title is obviously some sort of blind faith, belief based on wishful thinking, and/or belief based on insufficient evidence. To hammer this home, the book says,

The less evidence you have for your position, the more faith you need to believe it (and vice versa). Faith covers a gap in knowledge (p. 26).

Don’t tell me that “faith is belief without evidence” is a deliberate strawman of the Christian position when this site supports that very definition.

Getting clarity on Christian definitions can be like chasing a greased pig. “Faith” is belief firmly grounded in evidence when the Christian is being judged by outsiders, but within the fold it might switch as necessary to belief regardless of evidence. We see this, for example, in Jesus’s response to Doubting Thomas’s demand for evidence: “[Thomas,] you believe because you have seen me. Blessed are those who believe without seeing me” (John 20:29).

If you chance upon anything [in Scripture] that does not seem to be true, you must not conclude that the sacred writer made a mistake; rather your attitude should be: the manuscript is faulty, or the version is not accurate, or you yourself do not understand the matter.

While we’re talking about faith, why do Christian sites often talk about how to deal with doubt, but you never see that within science? (More: a critique of faith)

Argument #7: There’s no evidence for God

“Christians claim to have philosophical arguments for God’s existence. It seems like those arguments could provide at least a tiny bit of evidence for God, even if an Atheist doesn’t consider the evidence close to satisfactory. Atheists who use this phrase are overstating their case.”

Here again, this objection contains a scrap of useful advice: don’t overstate your case. If you believe that the evidence for the Christian claims is insufficient or even insignificant, then say that rather than the convenient shorthand of declaring that there is no evidence.

My approach is to say that the evidence for Christian claims is insufficient (extraordinary claims require extraordinary evidence) simply to avoid getting in the morass of this objection. I think there is as much evidence for God as for leprechauns, but hairsplitting over what the “no” in “no evidence” means is a tangent I have no time for.

Argument #8: God is a maniac slavedriver

“The idea here is that God is some sort of dictator who tells us what to do and believe and threatens to send us to hell if we don’t listen. But this characterization of God contrasts from the understanding that God offers a choice for us to escape the ‘slavery’ of sin and to experience life as it was meant to be lived.”

“God offers a choice”? I don’t even think that God exists; I certainly have no belief in this nutty plan of salvation. The first step is for me to believe in God. Belief is driven by evidence, and I can’t choose to believe. (If you disagree, show us how that works by choosing to believe in unicorns.) Give me sufficient evidence, and I’ll have no choice but to believe. (More: the problem of God’s hiddenness)

Now on to God and sin. Imperfections in a product are the fault of the designer or the manufacturer, and if humans are God’s creation, then God is to blame for any imperfections.

Jesus made clear that few make the grade:

It’s a poor teacher who graduates a minority of their students. Christian dogma tells us that some of us are destined for hell, and yet God knowingly made us anyway. You’ve got a lot of ’splainin’ to do with that message.

As for God telling us what to believe, the Evangelical position is more, “believe what you will, just know that believing the wrong thing is thoughtcrime, and you’ll be punished for it.”

Finally, how are we to “experience life as it was meant to be lived”? We’re told Jesus set the example for a perfect life, and yet God in the Old Testament (who is the same god as Jesus) has an old-fashioned take on genocide, evil, human sacrifice, and slavery. Taking the Old Testament at face value—and seeing morality through an Iron Age lens—these barbaric practices were just fine from God’s standpoint.

“God’s ways are not our ways” is the Get Out of Jail Free card played when an apologist is in a corner and can’t explain God’s actions or motivations using modern morality. But then what are God’s ways? Is he bound by anything or is he just capricious? What would constitute an immoral act for him when he has committed pretty much every immoral act a person could do?

April 27, 2019 Being on the Wrong Side of History on Same-Sex Marriage? Worse than You Think.
Recent Comments
78 Comments | Leave a Comment
Browse Our Archives
get the latest from
Cross Examined
Sign up for our newsletter
POPULAR AT PATHEOS Nonreligious
1