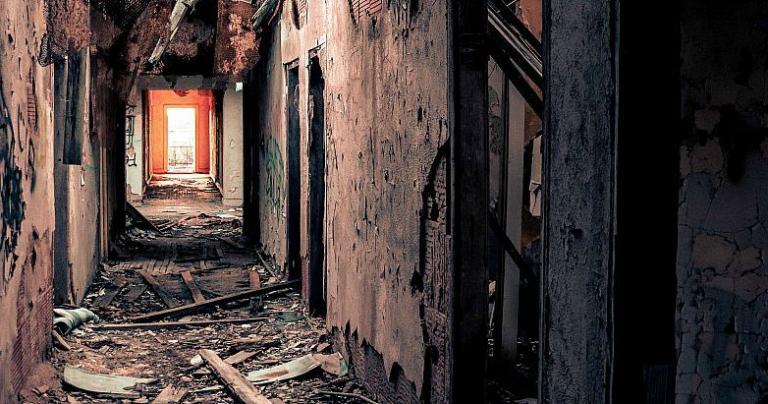 This is part 3 of our look at a Christian’s list of 16 supposedly bad atheist arguments (part 1). Take a look and see if your critique is the same as mine. We’ll pick up with #9.

“This is one of the most broad arguments in the list. There are many fields in science, and some concepts about God are completely unrelated to those fields. What exactly is being said here? There needs to be more detail given before any substantial discussion can take place.”

Here again, there’s a glimmer of good advice. “Proves” or “disproves” are tough claims to defend. It’s not smart to say that science disproves God since science never proves or disproves anything. Science is always provisional.

And again this is an uncharitable Christian response. It’s an easy out to declare your opponent’s argument invalid or flawed so you can dismiss it, but that’s cowardly or even dishonest. A better response would be to encourage the atheist to recast the argument to be more defensible so that any valid elements of the atheist argument could be considered.

That improved atheist argument would be something like this: we don’t need a disproof of unicorns to go through our lives believing that they probably don’t exist. Science hasn’t proven they don’t exist, but that’s where the evidence points. Absence of evidence (assuming you’re looking where you’d expect evidence to be) is most definitely evidence of absence. Christian claims for God fail by the same logic.

Argument #10: Stories of Jesus changed like the game of telephone

“This objection does not take into account the communal aspect of oral tradition—people could check their stories against one another. The objection also causes the reliability of all ancient history to be called into question.”

Yes, people could check their stories against one another, but when they differ, who’s right, if anyone? What authority do you consult? The game-of-telephone analogy applies during the period of oral tradition, when there were no written documents to be that authority. Sometimes the Jesus story was simply shared person to person—who validates it then? And when the story was told within a group, a listener might interject a correction, but without a reliable authority, this debate could settle on the erroneous version as easily as the correct one.

This objection fears that the sinking of Jesus claims would drag down all of ancient history as well, but consider the difference between conventional ancient history and the gospels. Not much rides on the accuracy of Julius Caesar’s Gallic War or Livy’s History of Rome. If historians found errors, the consensus view of that historical event would change, and life would go on as before. Few laypeople would know or care. Compare that with the discovery of a major, dogma-threatening correction to the Bible.

Historians today debate what sources the gospel authors used. How old were they and how reliable did the authors think they were? Were they trying to document history, write literature, or create holy scripture? We don’t even know who the gospel authors were. We’re used to giving the gospels a pass on these points, since rigorous historical standards didn’t exist back then.

Except that they did. The Secular Web gives as an example Roman Antiquities. This book was written in Greek, just like the gospels, but it preceded the gospels by a century. The introduction to that book shows that ancient authors could indeed identify their sources and thoroughly critique their reliability. They could write biography, showing warts and all, rather than just flattering hagiography. The gospels have none of this. (So much for archaeologist Sir William Ramsey’s famous 1915 conclusion, “[Luke] should be placed along with the very greatest of historians.”)

Finally, the game of telephone understates the amount of change in the oral transmission of a story. The game of telephone passes a message of a few sentences from person to person in a few minutes. The gospel story is far longer and more complicated, and its period of oral history was decades long.

(Click for more on the gospels’ reliability and the game of telephone and how historians would treat the supernatural in the gospels.)

Argument #11: If you grew up somewhere else you would believe something else

“This is one of the most common objections to Christianity—if you grew up in a middle eastern country, you would be a Muslim, not a Christian! While this concept does have some truth in it, it packs a load of unsupported assumptions. It also has little effect on the question of if God actually exists or not.”

Ten countries are 99+ percent Muslim. What’s the likelihood that a baby born and raised in one of those countries will become Muslim? Religion is learned as a cultural trait, like customary attire or language. A Pakistani baby doesn’t evaluate Urdu against other languages to pick the best one; it just learns the language of its environment. The same is true for religion.

As for the question of whether God exists, this argument shows that belief in Allah doesn’t need Allah to exist. The same is true for belief in other gods. Natural explanations are sufficient to explain religious beliefs, and when people adopt a religion, it’s almost always the religion of their culture.

(Click for more on religion as a reflection of culture and how Christianity would fare if people didn’t learn it as children.)

Argument #12: Atheists can be good without believing in God

“This statement is true in the sense that people who do not believe in God can make choices that are moral choices. But the statement ignores the grounding of the good—the question of what caused the existence of objective moral duties. [What do atheists suppose] caused “good” and “bad” to exist in the first place?”

What objective moral duties? William Lane Craig defined objective morality this way: “moral values that are valid and binding whether anybody believes in them or not.” I’ll grant that moral statements can be deeply or universally felt, but that doesn’t make them objective by this definition.

The dictionary makes the same point. Look up morality, good, evil, or similar words, and you won’t find an appeal to anything objective. The Christian can’t assume objective moral duties but must first show (1) that they exist and (2) that humans can reliably access them.

As for what caused good and bad to exist in the first place, evolution explains human morality. We’re all the same species, so we have a intuitive sense of morality that’s largely shared. We’re a social animal (like wolves or elephants), so we praise pro-social concepts like trust or compassion.

Scientists do not coddle ideas.
They crash test them.
They run them into a brick wall
at seventy miles per hour
and examine the pieces.
If the idea is sound,
the pieces will be those of the wall.
— unknown researcher

April 27, 2019
Being on the Wrong Side of History on Same-Sex Marriage? Worse than You Think.
Next Post

May 1, 2019 Bad Atheist Arguments? Let’s Investigate 16 of Them. (Part 4)
Recent Comments
102 Comments | Leave a Comment
"You really are hilarious. A post full of red herrings and meaningless phrases. All in ..."
epeeist Six Christian Principles Used to Give ..."
"if you wanna impress me, prove through scientific observation that you are actually a talking ..."
epeeist How Useful is the Bacterial Flagellum ..."
"If you can't prove God Doesn't existThere is a race of free-floating sentient gas-bags that ..."
epeeist Nice Try: the Christian Design Checklist
"I read that first, that it was in a warehouse. This morning, it said it ..."
Greg G. When Christians Treat God Like a ..."
Browse Our Archives
get the latest from
Cross Examined
Sign up for our newsletter
POPULAR AT PATHEOS Nonreligious
1