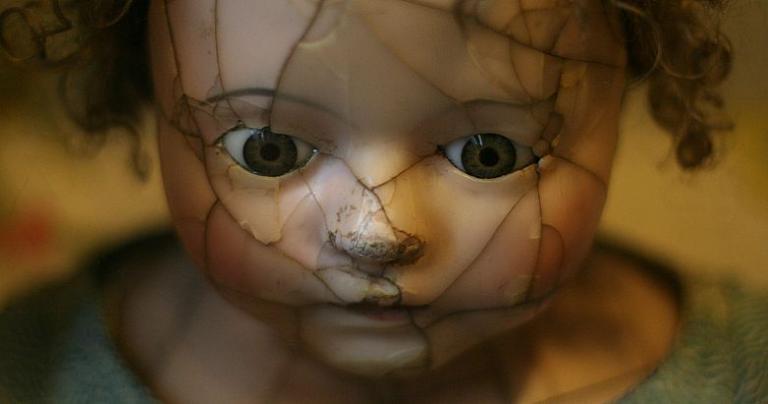 Are you ready to test your wits by responding some (supposedly) bad atheist arguments?

I began a series of posts looking at bad Christian arguments almost five years ago. I titled it “25 Stupid Arguments Christians Should Avoid,” and after an initial flurry of posts highlighting 25 stupid arguments, more posts have trickled out so that now we’re almost to 50.

But two can play that game. The Bizarro World version of this blog is Frank Turek’s crossexamined.org, an evangelical Christian ministry aimed at college students. Turek’s blog recently reposted an article titled, “16 Bad Atheist Arguments and How to Respond to Them” by Jeremy Linn.

Do atheists have bad arguments as well? Let’s take a look.

“This question is asked under the assumption that God needs a creator. This assumption misrepresents the Christian understanding of God, where God is the necessary cause of all creation.”

Suppose a Christian apologist explains that the universe was created by God. An atheist might respond, “But who created God?” and the apologist would then say that God needs no creator by definition.

The apologist imagines a chain of causation that goes back to the ultimate cause, God, and there the chain ends. But simply making that claim isn’t the same as backing it up with evidence. If all those other things had causes, why not God? You can define God as “the necessary cause of all creation” (or anything you want), but that doesn’t bring it into existence.

Back in the real world, physics resolves the question of the infinite sequence of causes by arguing that some quantum events don’t have causes and that the beginning of the universe may have been one such quantum event.

(Click for more on the atheist justification for asking, “But Who Created God?” and the Cosmological Argument.)

“This objection flies against the conclusions of almost all scholars invested into Biblical and Roman history, along with evidence from both the New Testament books and extrabiblical sources.”

I don’t make this argument for two reasons. First, I haven’t read enough on each side of the argument to have an informed opinion. Second, and more importantly, I don’t see this as a practical argument. My focus is on apologetics—arguments and evidence for and against Christianity’s supernatural claims. From that standpoint, I don’t care whether at the beginning of Christianity there was an actual man or not. Each is compatible with my position that Christianity is false.

That doesn’t make this a bad argument (which was the initial claim), and maybe with more research I’d find that it is a bad argument. It’s just that other arguments make my case quicker and easier.

Argument #3: Atheists believe in just one less god than Christians

“There is a huge difference between a Theist (such as a Christian) and an Atheist. Theists believe in a supreme, personal creator of the Universe. Atheists don’t. This difference has huge implications for how each carries out their lives.”

But on the other hand, Christians reject Poseidon, Xenu, and Chemosh for the same reasons that atheists do—the claim that they are gods is remarkable, and there isn’t enough evidence to support it. Maybe theists and atheists aren’t so different after all.

Let’s not overestimate the commonality among theists. They can’t even agree on the most fundamental specifics: how many gods there are, what their names are, or what they want from us. Theists may all sense the supernatural, but either that sense is so muddled as to give radically contradictory views of the supernatural, or belief in the supernatural is just a many-sided cultural (and all-natural) phenomenon. My guess is the latter.

(Click for more arguing that “I just believe in one less god than you do” is a valid argument.)

Argument #4: Believing in God is like believing in Santa or leprechauns.

It all comes down to “the alleged evidence for God.” When atheists ask for it, what they get are the same tired, unconvincing arguments. The best that they’ve got are deist arguments that argue for the Christian god as convincingly as any other. These are arguments like, “Why does the universe look fine tuned?” or “Why does life look designed?”

Sure, let’s say that the evidence for God is not zero. For example, the 2+ billion Christians on the earth right now is evidence that their god exists. That doesn’t count for much—5+ billion non-Christians argue that they’re wrong, and 45,000 denominations argue that their perfect god is imperfect in getting his message across—but let’s grant that it counts for something.

Let’s not delude ourselves that evidence is what brings people to faith. Christians don’t monitor Shintoism or Jainism on a religious stock exchange, ready to jump ship if the evidence for another offering exceeds that for their current holding. In almost all cases, they don’t believe because of evidence, their intellectual arguments rationalize a position they hold for emotional reasons, and their preferred religion wasn’t chosen but was adopted from their culture.

I realize that God has a stick and can punish me, but Santa could put me on the naughty list. Neither entity is part of my worldview, so neither punishment bothers me.

Is there more evidence for God than for Santa or leprechauns? Adults do believe in God (unlike Santa), but Yahweh is just one of the gods that is in vogue at the moment. Millions of Romans believed in Apollo, whom Christians today quickly dismiss as mythology. The Christian argument begins to become compelling when they show how Yahweh isn’t merely fashionable (unlike Apollo) and isn’t a manmade god (unlike Allah or Shiva).

You’ve got evidence? Without it, God is indeed like Santa Claus.

April 19, 2019
Easter Potpourri: A Look at the Crucifixion, Resurrection, and More
Next Post

April 25, 2019 Bad Atheist Arguments? Let’s Investigate 16 of Them. (Part 2)
Recent Comments
351 Comments | Leave a Comment
Browse Our Archives
get the latest from
Cross Examined
Sign up for our newsletter
POPULAR AT PATHEOS Nonreligious
1