An Atheist Celebrates the Comfort of the Christian Worldview 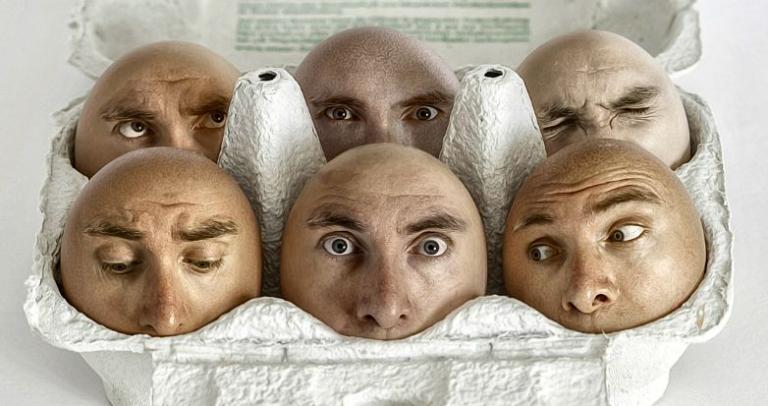 In 2010, John Steinrucken wrote an article, “Secularism’s Ongoing Debt to Christianity.” Like philosopher Antony Flew’s ghost-written appeal to deism a few years earlier, Steinrucken became a short-lived darling within the Christian apologetics community. Finally, they had found an atheist with a little common sense who could appreciate Christianity as the foundation that Western civilization rested on.

The most ludicrous line in Steinrucken’s scattered argument was this:

Grab a barf bag and compare your reaction to mine.

Déjà vu all over again

I’d only seen one other instance of an atheist praising the Christian worldview.

But then I came across yet one more example. In a rambling 2015 email titled, “You’ve Ruined My Life, Professor Craig!!” a gushing fanboy named Adam tells William Lane Craig how fabulous he is. Craig ruined Adam’s atheist worldview by presenting such danged good arguments for Christianity.

Many are, in fact, saying (including myself) this is the greatest letter in the question and answer forum on Reasonable Faith.

The greatest letter? That’s something we must investigate.

Adam said that he was a happy atheist who loved philosophy until he read Craig’s article, “The Absurdity of Life without God,” after which everything changed. (I have responded to this article of Craig’s.)

Craig declared that the atheist worldview “was worthless in every possible way.” Adam’s reaction:

[That article] completely shattered my worldview. . . .

What you say the atheistic worldview entails is true. There is no escaping the nihilism as an atheist.

Everything has died for me.

You have ruined my life.

It doesn’t sound like Adam was much of an atheist but more on this later. Adam is saying here that life has no ultimate meaning. Well, yeah. So what?

Adam apparently gets anxious at the thought that God, a billion years from now, won’t leaf through his little notebook, see Adam’s name, and think fondly of the good times they had together during Adam’s brief life on earth. Sorry Adam, but out of the billions of people on the earth right now, you’re not that big a deal. You’re even less important when seen with all of history as a backdrop.

Neil DeGrasse Tyson has a helpful observation: “If you are depressed after being exposed to the cosmic perspective, you started your day with an unjustifiably large ego.”

Life has plenty of meaning, just not transcendentally grounded meaning. It has the meaning that we assign to it and that we find for it, not that someone else like a religious leader assigns for us. Most of us find that not debilitating but empowering.

Adam had another concern:

There is no foundation for morality outside of God.

Wrong. He begs the question by assuming that morality means a God-grounded morality. It doesn’t—look it up. Morality is simply the set of beliefs about good and bad, right and wrong. I’ve never seen evidence for objective morality (morality that would be true whether humans were here to appreciate it or not). Examples inevitably offered such as the wrongness of torture for fun are instead examples of shared or strongly felt morality. We don’t need God to explain human morality; evolution does the job.

Who is this guy?

Kevin Harris assures us that Adam’s letter is what it claims to be rather than a hoax. I believe him, even though that’s hard to believe given ingratiating flattery like this aimed at Craig:

You are and always have been my favorite living philosopher. I have seen every debate you have ever recorded and put up on the internet. I watch all your lectures and talks. . . . I think you are the epitome of what a philosopher should be. You’re uber logical, fantastically clear, and “computeresk” with the speed and precision of your responses to objections against your position, particularly the criticisms you respond to in your debates.

I must disagree with Adam’s assessment. Craig is a good debater and puts on a good show on stage, but that’s about all I can find positive to say. I’ve responded to his unscientific approach to reality here and here. Some of what he writes sounds like what would get a failing grade in a college freshman paper.

So why isn’t Adam a Christian?

Adam says that he’s bowled over by the fabulousness of Craig’s deist arguments but can’t take that last step to become a Christian. Still, it sounds like he’s tempted:

The deeper I dive into philosophy, the more the theistic worldview seems more plausible. The concepts or “language” of mathematics seems to “cry out” as you put it for an explanation, objective moral values seem to be real (but they can’t be “real”, if atheism is true), the idea of “existence” nauseates me to no end (just the thought of anything, at all, existing, and especially existing without any reason, frightens me), and I could go on and on.

I’ve responded to Craig’s Argument from Mathematics, and we’ve talked about objective moral values above. As for Adam’s fear of stuff existing without a reason, I have no idea what he’s concerned about. Doesn’t science explain why things exist? And where it doesn’t (yet), can he be saying that God is hiding in those gaps of science’s ignorance?

This admission of fear tips his hand. He’s not much interested in the truth but in finding a respected scholar who can pat him on the head and reassure him that he is indeed living in Fluffy Bunny Land, just like he’d hoped.

Adam hates his “nihilistic-atheistic world” and sees Christian belief as his salvation. If he simply swapped in a new set of beliefs, these unpleasant thoughts would be gone.

Theism is a dream come true. The world would make sense, the existential mysteries that haunt me would be solved, life would be livable. It is atheism, however, which seems to be true, yet I do not want to live like this. I have become depressed to no end. I have been in a nihilistic rut for years now. I have become utterly recluse. Yet, even with all this, I cannot come to believe in God. . . . You may be my last hope. . . . I know the “answer” is Christianity, but as I said, I cannot get myself to believe its truth. I am an atheist who hates atheism. I want there to be a God more than anything, yet I cannot get myself to believe in one.

If Adam is this depressed, he needs therapy. But if he desperately wants Christianity to be true and knows that Christianity is the answer, then he’s a Christian.

That was easy. Adam, be sure to contact me if this becomes a problem again. Please pay on the way out.

Craig does little besides bask in the adoration, though a couple of his points need a response.

You need to escape the cloying bonds of naturalism by catching glimpses of a transcendent reality beyond the material world.

If anything binds us, it’s religion. Look at a map of world religions to see how the Big Questions get different religious answers based on where they’re asked.

Genesis 1 tells us that God shaped the earth like Play-Doh, while science tells us that a typical galaxy holds 100 billion stars and that your little fingernail held at arm’s length covers a million of them. Oh—and it backs up its claims with evidence.

If any explanation is cloying (or condescending), it’s Christianity’s childish Bronze Age view of reality.

[Atheists who reject nihilism are] inconsistent with [their] worldview. In fact, I argue it is really impossible to live consistently and happily within the framework of an atheistic worldview. So if you want to be happy you are going to do what your friends do, and that is to live inconsistently.

Thanks for the condescension, but I can have happiness and consistency. There is no ultimate meaning or purpose to the universe, humanity, or my own life. Ordinary meaning and purpose—discovered and invented by humans—works just fine, thanks.

Craig assured Adam that God is chasing him (in a way that made me wonder if Adam might need a restraining order):

He is after you and will continue His pursuit until you recognize in Him all that you are longing for.

Tell that to the ex-Christians whose faith waned and who begged God to reveal himself. Didn’t happen. Read more at Rational Doubt, the blog of the Clergy Project, a safe place for clergy who doubt.

We were born of risen apes, not fallen angels.
— Robert Ardrey