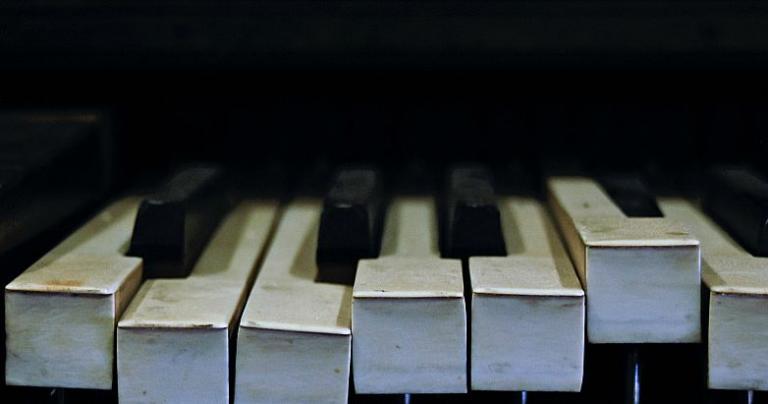 This is the conclusion of our look at a Christian’s list of 16 supposedly bad atheist arguments (part 1). Take a look and see if your critique is the same as mine.

If you want more, here are other posts in which I’ve responded to claims of bad arguments.

“The idea here is that religious thought always motivates actions that are bad. One problem with this idea is that ‘religion’ is a broad term. It puts people who follow all kinds of religions under one umbrella, even if the differences between those religions are stark. It also downplays any potentially ‘good’ actions taken under religious motivations.”

Yes, let’s avoid sweeping statements, and let’s admit both that Christianity can make Christian do good things and that Christians can find value in church services and their church community. But yet again, we are given a caricature of a reasonable atheist argument. Was a thoughtful critique of Christianity too hard to respond to?

Christianity is a hydra. Some flavors are nurturing, but many denominations or individual congregations contain toxic elements. You don’t need to be in a Jim Jones cult or be in the thrall of a televangelist who continually demands “Your most generous love offering of at least $80.” The problem can be debilitating feelings of guilt. It can be constant anxiety over whether you’ve done enough or believed enough to avoid hell. It can be the fear in the mind of a child startled awake by a noise, wondering if the imminent End has finally started. Some denominations hold friends and family hostage—sure, you can leave, but you leave them behind.

Christianity is often a social busybody, imposing its morality on society. It can also intertwine with politics. Christianity is flexible enough that you can find biblical support for almost any political position, and this can give some Jesus pixie dust to an election campaign. I’m particularly annoyed by politicians eager to attack church/state separation in return for Christian votes when church/state separation is central to the Constitution and the friend of the Christian as much as the atheist.

No, Christianity isn’t universally toxic, but it’s still only partway between Mr. Hyde and Dr. Jekyll.

(Click for a rebuttal to the claim that Christianity improves society’s social metrics.)

Argument #14: Jesus is just a copy of pagan gods

“This argument seems powerful on the surface as Atheists stack up to similar traits between Jesus and pagan gods—‘born of a virgin,’ ‘resurrected,’ ‘born on December 25’, etc. But when you dig deeper into the primary sources for the pagan gods, you will find that the traits don’t align with the actual stories of those gods.”

We’re starting with a point of agreement, because he seems to acknowledge the precedents—Dionysus and Tammuz died and rose again (before Jesus), Alexander the Great and Helen of Troy had supernatural births (before Jesus), and so on. Here’s a paraphrase of the argument: “Okay, Jesus did rise from the dead like other gods, but when you look at the biographies of those gods, they aren’t anything like Jesus!”

Uh, yeah. If the Jesus biography were the same as that for Dionysus, we’d call him “Dionysus.” No one claims that their stories are identical.

List the miracles of Jesus—healing the sick, raising the dead, water into wine, walking on water, virgin birth, and the resurrection, for example. Which ones are unique to Jesus? Asclepius healed the sick. Achilles was raised from the dead by his mother Thetis. The Oenotropae were three sisters who could change water into wine. Helen of Troy had a supernatural conception. Dionysus rose from the dead. How does Jesus stand apart as the only real one?

Christianity was a latecomer to the supernatural-ideas swap meet. Palestine was at the crossroads of Egypt, Persia, Greece, Rome, and other empires, and it’s not surprising (from a natural standpoint) to see borrowing of supernatural ideas from all over the ancient near east.

If the Jesus story were true, it would not look like an quilt made from ideas plucked from its environment. Sure, the details of the Jesus story are different from those of Asclepius, Achilles, Dionysus, and the rest, but that’s true for all of them. Each one is unique. The supernatural achievements of a true god would look dramatically different from the results of human imagination.

“New Atheists intended to make a point by bringing up this fictional creature—that you could assign the attributes of God to any random thing. But many Atheists who mention the creature now seem to do so in order to mock religious ideas rather than make a substantial point about them. Overall an Atheist who brings the creature up today ends up looking more ridiculous than thoughtful.”

There is indeed a ridiculous element to this, but it’s not where this author thinks. When considering the Flying Spaghetti Monster (sauce be upon him), Christians find that his properties compare poorly against those of Yahweh, who is the ground of all being, the Creator of all, and Aquinas’s necessary First Cause.

But that can be easily remedied. What’s missing? You say that the FSM isn’t omnipotent? Okay—then make him omnipotent. You say that the FSM isn’t omniscient? Okay—make him omniscient. Make him outside of time and space. Make him the Creator. Heck, give him a jet pack and a ray gun. The FSM is an idea that can be shaped as necessary.

You say that’s cheating? Nope—that’s how Yahweh got many of his properties. The Bible doesn’t say that Yahweh exists outside time and space, that he is three yet one, or that he was the cause of the Big Bang. And those properties that the Bible plausibly does give him are also refuted by the Bible. God is love, God is omniscient, God as the creator of the 200 billion galaxies in the universe? The Bible itself can be cited to argue otherwise.

The deist arguments that are apologists’ go-to arguments for God—the design argument, the moral argument, the Transcendental Argument, and so on—point to the FSM as readily as to Yahweh.

Sure, the FSM is ridiculous, but guess what other god also is.

“The argument goes like this: Since Christians always seem to disagree about everything, it’s clear that God isn’t involved in the whole process.

“This argument is incredibly broad and immeasurable—it is uncertain how much agreement there would need to be before the objector no longer sees a problem. It also ignores that ‘mere Christianity’—the divinity, death, and resurrection of Jesus Christ—is almost entirely agreed on amongst Christians.”

What part of “omniscient and omnipotent” do you not understand? I would stop seeing a problem if your god could accurately convey his message. That’s not much to ask of a god, and yet Christians’ 45,000 denominations argue that he can’t. The Bible itself is ambiguous and contradictory. The Christian can respond that maybe God doesn’t want to make a clear and unambiguous message, but then what kind of trickster god have they created?

What I’d expect from an actual god is a simple, clear message. What we get instead is the 780,000-word blog from a primitive desert tribe. The manuscripts from which we get our New Testament are a flimsy foundation that doesn’t support an unbelievable story. Few old manuscripts remain, and the time gap from original to best copies is large (more here).

The author wants to take the “mere Christianity” route, which looks at the overlap that is common to almost all denominations, but how does that help? Yes, there are a small set of shared beliefs, but lots of conflicting beliefs remain. And if he likes the “mere Christianity” route, why not the “mere theism” route as well? That is, if you say that some overlap exists among Christian denominations and so declare them all valid routes to God, why not look at the overlap among religions and declare them all valid routes to the same God? Admittedly, this overlap may only be “the supernatural exists,” but his mere Christianity isn’t much of an overlap either.

(Click for a thought experiment that highlights the weakness of the Bible record.)

A holy book that looks manmade—full of factual errors, ambiguity, and contradictions and not protected against decay—is one more reason to be satisfied with the natural explanation for Christianity. No supernatural assumptions are necessary.

The Good Book—
one of the most remarkable euphemisms ever coined.
— Ashley Montagu

May 3, 2019 An Atheist Celebrates the Comfort of the Christian Worldview
Recent Comments
121 Comments | Leave a Comment
Browse Our Archives
get the latest from
Cross Examined
Sign up for our newsletter
POPULAR AT PATHEOS Nonreligious
1