Is Life Absurd Without God? A Reply to WLC’s Influential Article.

Is Life Absurd Without God? A Reply to WLC’s Influential Article. May 7, 2019 Bob Seidensticker 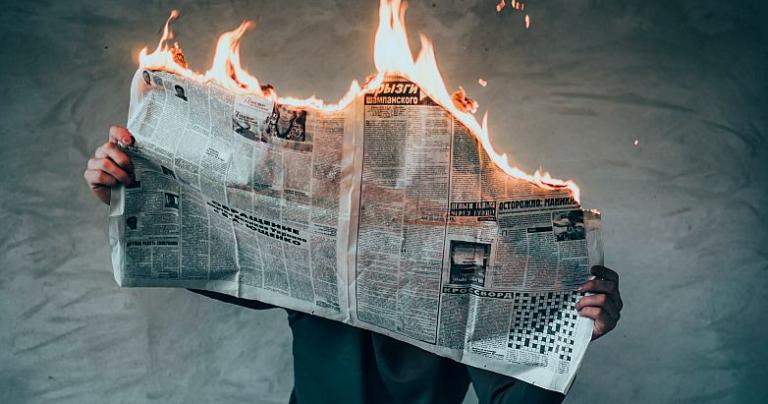 I recently wrote about an atheist who gushed about the irresistibly incisive philosophical arguments of Christian apologist William Lane Craig (WLC). He signed his letter to Craig, “Your biggest atheist fan.” This atheist said that Craig’s essay “The Absurdity of Life without God” kept him awake at night because it “completely shattered my worldview.” We’d better take a look at this life-changing essay.

(The full essay is in Craig’s Reasonable Faith (2008), and I’m guessing this isn’t much changed from the 1984 first edition. The version I’m responding to is online and a little shorter.)

The foundation of the problem

Craig begins by recounting how he first learned as a child that life is finite. He said, “I was filled with fear and unbearable sadness.” That his own death was far in the future did nothing to allay the problem. Whether his death was hours or decades away didn’t matter—it was eternity or nothing.

Here Craig tips his hand. His life’s work has been dedicated to resolving that little boy’s fear of death. He might’ve confronted the problem of death by being a doctor or cancer researcher. He might’ve explored religion and spirituality as a skeptic to see if any discipline offered tangible truth about the afterlife. But he has made clear that following the evidence where it leads isn’t his goal.

And following the evidence is certainly not what he’s doing in this essay. He finds no ultimate meaning, value, or purpose in atheism (I agree—atheists just find regular meaning, value, and purpose) and then flails about as if we can do something about that. It’s like wishing that 2 + 2 = 9 and then spending your entire life concocting a justification for your new view of arithmetic.

How does reality work?

WLC whispers truths about reality as if his dreadful realizations may not be expressed in polite company.

“My life is just a momentary transition out of oblivion into oblivion. . . . This thought is staggering and threatening: to think that the person I call ‘myself’ will cease to exist, that I will be no more!” (Well, yeah. Your life and death are not really that big a deal. Welcome to reality. Neil DeGrasse Tyson observed, “If you are depressed after being exposed to the cosmic perspective, you started your day with an unjustifiably large ego.”)

“And the universe, too, faces death.… As it [expands], it grows colder and colder, and its energy is used up. Eventually all the stars will burn out and all matter will collapse into dead stars and black holes.” (You’re seriously anxious about the fact that there will be no more stars in 100 trillion years? No one but you loses sleep over this.)

“Mankind is thus no more [ultimately] significant than a swarm of mosquitos or a barnyard of pigs. . . . Man and the universe are without ultimate significance.” (Yeah. Get over it.)

And again we have the perspective of the young boy shocked by these realizations for the first time. This is a boy growing up in America, smart enough to do well in school and build a career. This is a boy granted the luxury to fret about existential issues like eternity, the eventual death of the universe, and Mankind’s lack of ultimate significance. Sounds like someone has #FirstWorldProblems. Sounds like someone needs a hug.

Contrast these concerns at the top of Maslow’s pyramid with Third World issues. Consider a child with real problems—orphaned by a tsunami in Haiti, forced to serve as a soldier in the Congo or a sex slave in India, or dying of malaria in Niger. WLC’s handwringing about the eventual death of the universe doesn’t amount to much by comparison.

Let’s return to his central point, “This thought is staggering and threatening: to think that the person I call ‘myself’ will cease to exist, that I will be no more!” He’s fretting about how a billion years from now, without Christianity’s promise of an afterlife, no one would care whether he had existed or not (which, apparently, is enough evidence of the afterlife for him).

But what does this approach imply? He could save his own relatives from such an oblivion by learning about and celebrating their lives. He could share anecdotes from his genealogical research with family members so that great-great-great-grandma would live on. But unless he’s forgotten to share the importance of this crucial hobby with his readers, he doesn’t care. Apparently, the goal isn’t to help mankind live on but to help him live on. (h/t commenter MR)

Another category of concern is with the meaning of life. Read these quotes and see if you have the same objection I do.

Life is utterly without reason.

In a universe without God, good and evil do not exist.

No, what you mean to say is that there is no ultimate hope, purpose, reason, good, or evil. People find plenty of the ordinary kind. Look up those words in the dictionary—they don’t need any transcendental or absolute grounding.

It’s not that Craig doesn’t understand the issue. For example, he asks, “[A person’s life] may be important relative to certain other events, but what is the ultimate significance of any of those events?” Here, he contrasts importance from the standpoint of that person with ultimate importance—not a difficult distinction to make. But in dozens of other instances, as in the quotes above, he conflates the two ideas. You’d think someone with two doctorates would write more carefully.

Here’s an example where he conflates the two in the very same sentence: “If God does not exist, then life is objectively meaningless; but man cannot live consistently and happily knowing that life is meaningless” (emphasis added). It’s hard to imagine how this confusion has survived in this essay since he wrote it three decades ago. He’s either a sloppy writer, or he intends to deliberately mislead the reader.

In part 2: WLC’s essay has a number of points that need responses.

Somebody is looking out for me,
keeping track of what I think about things, forgiving me . . .
I believe they know everything I’ve said and done
and they still love me.
And, I’ve concluded after careful observation
that the person keeping score is me.
— Adam Savage

May 3, 2019
An Atheist Celebrates the Comfort of the Christian Worldview
Next Post