Is Life Absurd Without God? A Reply to WLC’s Influential Article (3 of 3). 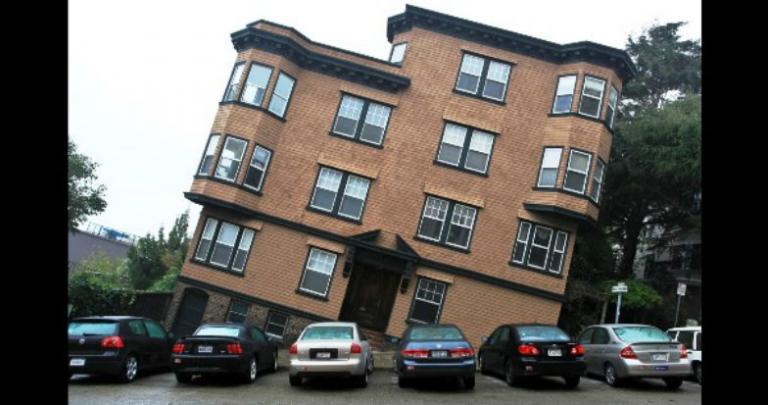 Let’s conclude our critique of William Lane Craig’s essay “The Absurdity of Life without God” (the critique begins here) by examining a few more of WLC’s claims.

Craig tells us that we are morally adrift without God. How can we live without objective morality? How can we live in a world with the Auschwitz experiments of Josef Mengele? He says, “My heart was torn by these stories [from the concentration camps],” and yet how does God help? Craig imagines that we live in a world with Auschwitz and God! Throwing God into the mix does nothing to remove the Holocaust from history; instead, it brings up yet another question, What the hell was God doing while Auschwitz was in operation?

As for objective morality (moral truth that is correct independent of whether anyone believes it), this is just his fantasy. He is quick to proclaim it, but he’s done nothing to justify this bold claim.

From the “Wait—this guy is a professor?” category, consider this example in which he clarifies what objective morality is:

[The Holocaust] would still have been wrong, even if the Nazis had won World War II and succeeded in brainwashing or exterminating everybody who disagreed with them, so that everybody in the world thought the Holocaust was right and good.

Let’s think this through. We have our world, where everyone says the Holocaust was wrong, and we have Bizarro World, where things are identical except that everyone says the Holocaust was right. Each world has a William Lane Craig, and these two philosophers are identical except for opposite views on this one issue. Where is the objective grounding for either view? WLC in our world would say that the Holocaust was still wrong, but how is this anything but his opinion? Neither version of WLC could point to anything to convince the other. Craig’s own example therefore proves my point: there is no reason to imagine objective morality.

Now return to Craig’s quote and imagine it happening: Germany won the war, Nazi thinking had swept the world, and we all believed that the Holocaust was morally right. That’s a terrible thing to imagine, and yet Craig blunders forward apparently unaware that we live in a very similar world—just replace Nazi thinking with Christian thinking, and replace the extermination of the Jews with the extermination of the Canaanites.

Craig himself wrote an impassioned defense of the Israelites’ “slaughter of the Canaanites”. Craig misses the irony of Christian parents reading their children bedtime stories about the Israelites’ heroic conquests in Canaan and then deploring comparable actions by the Nazis the next day during homeschool time. Christians say that the Canaanites deserved it, but the Nazis said that the Jews deserved it (h/t NonStampCollector).

(As an exercise to the reader, sketch out the parallels between the Holocaust and the Flood.)

In part 1, we saw how Craig will drop the word “ultimate” in phrases such as “ultimate purpose” or “ultimate meaning” and declare that purpose and meaning don’t exist in the life of the atheist. I agree that I see no ultimate purpose in life, but there’s plenty of purpose. Look up “purpose” in the dictionary, and you’ll find no requirement for an ultimate anything. One is left to puzzle over whether in ignoring any distinction between purpose and ultimate purpose he’s deliberately deceptive or just a sloppy writer.

Craig mocks the naturalist position when he quotes Bertrand Russell saying that we must build our lives upon “the firm foundation of unyielding despair.” In the first place, millions of atheists don’t see despair as having a role in their lives, let alone an obligatory one as Craig imagines. But second, he’s quoting Russell out of context. Russell wasn’t recommending despair for mankind, he was recommending reality (h/t commenter Steampunk Gentleman).

Craig plays games with “absurd,” a critical word in an essay titled, “The Absurdity of Life without God.” According to the dictionary, he’s saying that life is meaningless, ridiculously unreasonable, or incongruous without God, and that’s obviously what he means when he (mis)quotes Russell. But the word actually has another meaning:

In philosophy, “the Absurd” refers to the conflict between the human tendency to seek inherent value and meaning in life and the human inability to find any in a purposeless, meaningless or chaotic and irrational universe.

And this definition actually works. It’s simply the observation that there is no inherent or ultimate meaning in life. So in that sense, life is absurd without God.

So Craig is using “absurd” either to make an obvious and uninteresting point (there is no reason to imagine ultimate meaning in life) or a false one (life has no meaning). Worse, he may be deliberately switching between the two as benefits his presupposition.

We wade through paragraph after tedious paragraph as Craig marvels how atheists think Reality wasn’t cobbled together just for their benefit. But Craig is sensible when it suits him. Using the example of feminists annoyed with the conclusions of Freudian psychology, Craig says,

If Freudian psychology is really true, then it doesn’t matter if it’s degrading to women. You can’t change the truth because you don’t like what it leads to.

Yes! It doesn’t matter whether you like the truth or not! The truth is the truth, and you’re stuck with it.

Why does the essay not reflect this obvious fact, and why bury it almost at the end? If this idea had been in the first paragraph, it might have informed the essay and grounded it in reality.

But when thinking sensibly doesn’t suit him, Craig rejects it.

Do you understand the gravity of the alternatives before us? For if God exists, then there is hope for man. But if God does not exist, then all we are left with is despair.

Completely backwards. Don’t introduce an alternative until you have shown that it’s viable. This is like wrestling with the consequences of life with the winning Powerball lottery ticket versus without it. First, let’s see if you have such a ticket.

Note also that the “If God exists” phrase is an attempt to conjure up God out of nothing. This is is the Hypothetical God Fallacy.

We finally reach the end of Craig’s long essay, wanting only to make it out with our sanity intact. In the very last paragraph, he acknowledges the elephant in the room and admits:

Now I want to make it clear that I have not yet shown biblical Christianity to be true . . .

You got that right!

But what I have done is clearly spell out the alternatives. If God does not exist, then life is futile.

There is no reason to imagine that God exists or that you have that winning lottery ticket. Grow up and get over it.

Notice how he’s doubling down on the Hypothetical God Fallacy. Why bother pointing out that if a certain insanely unlikely thing doesn’t exist, then life is futile? That might be true, but who cares until you’ve shown that it’s a viable possibility?

It seems to me that even if the evidence for these two options were absolutely equal, a rational person ought to choose biblical Christianity. It seems to me positively irrational to prefer death, futility, and destruction to life, meaningfulness, and happiness.

No, what’s irrational is groping for an option that is not first well supported by evidence. Craig finds what he’d like to be true and then rearranges the facts to support that conclusion. This is not the argument of someone honestly searching for the truth (but I appreciate his illustrating this flawed thinking so clearly).

And notice the slippery debater’s trick. He feigns a concession (“even if the evidence were equal”) to make us more accepting of the ridiculous argument that “God exists” and “God doesn’t exist” are equally likely. And yet he admitted in the same paragraph that he has done nothing to defend his Christian conclusion. This entire bloated essay simply says that it would be nice if God exists. Stated less charitably: it would please Craig if God exists.

Religion imagines that it has something to add to the conversation when its answers to life’s Big Questions change based on where they’re asked! Ask “What is life’s purpose?” in a Buddhist country and you’ll be told it’s to cease suffering and reach nirvana. In a Muslim country, it’s to submit to Allah. In a Christian country, it’s to learn about and praise God.

Craig is determined to justify his childish view of reality. He’s made clear that no argument would change his mind. For anyone who finds his arguments enticing, however, I encourage them to put on their big girl panties, grow up, and demand that supernatural claims be backed with serious evidence.

Seeing life accurately can be daunting, but it’s also invigorating. Problems get solved only by seeing them as they are, not as we wish they were.