Stalin Was a Mass Murderer (And I’m Not Too Sure About Myself) May 20, 2019 Bob Seidensticker 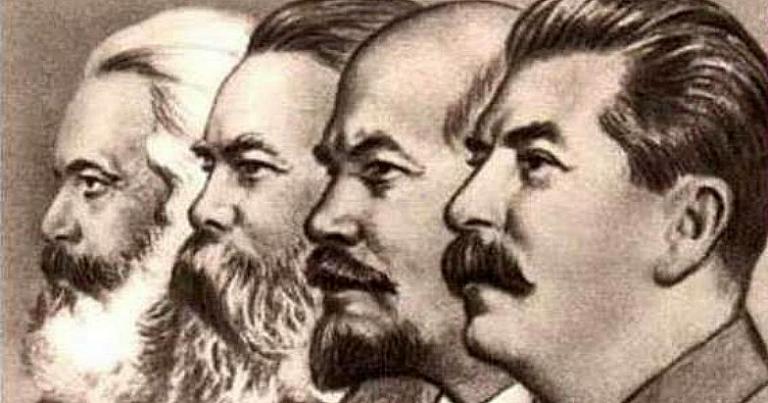 Stalin is a popular marionette for many Christian apologists. “Don’t tell me about Christian atrocities during the Crusades or the Inquisition,” they’ll say. “The atheist regimes in the twentieth century of Stalin, Mao, and others killed far more people!”

Fellow Patheos blogger John Mark Reynolds from the Evangelical channel has a new angle on that: “Hoping Atheists (Or at Least Anti-Theists) Do Not Kill Us This Time.” Apparently, you’ve got to keep an eye on those out-of-control atheists to make sure they don’t kill us all.

The connection between atheism and genocide

Reynolds makes clear that he’s not fearful of all atheists. It’s only the anti-theists, which he defines as atheists who “actively dislike and work against religion.” That sounds like me. If you’re in the same boat (or know someone who is), come along as we find out why “these are the atheists that have proven dangerous in power and are worrisome to civil society.”

1. “The atheists of Russia, China, North Korea, Cambodia, [and] Albania came to their atheism and then picked a social and economic system compatible with their general worldview.”

Nope. These were dictatorships, and religion was a problem. You can’t have a proper dictatorship with the church as an alternate authority. Solution: eliminate religion. Atheism was merely a tool.

The only nations that have been officially atheistic have been uniformly horrible.

And they’ve all been dictatorships. Let’s put the blame where it belongs. This mistake is like pointing to Stalin and Hitler and saying, “It must be the mustaches! Men with mustaches have killed millions!”

Did Harry Truman kill several hundred thousand in Hiroshima and Nagasaki in the name of Christianity? If not, then don’t say that Stalin killed millions in the name of atheism. Or if you do, make clear the causal connection, which Reynolds hasn’t done (h/t commenter epeeist).

2. “Atheism was used as a reason for persecution in all of these nations.”

Control was the reason for persecution in dictatorships. Atheism was just a tool, like a scalpel used to murder.

Reynolds next goes on a poorly thought out rant about morality.

3. “There is a nearly perfect track record of officially atheist states killing large numbers of innocent people to this day. When atheists gain power and can impose an anti-theism, they have always started killing people.”

You’ve convinced me: dictatorships are a problem. But you have yet to show atheism as a cause of anything.

Reynolds imagines the powerless atheists saying that they would rule more sensibly than the Christians if given the chance, but “large mass movements dedicated to selfishness or to ideology ([Ayn] Rand or Communism) have [no] external authority to allow the common member of society to rebuke the leaders.” But you do? Christians imagine an objective morality that isn’t there.

Notice an important difference. Atheists are as offended by the actions of Stalin and other dictators as much as Christians. No atheist says, “Well, we do have to cut the guy a little slack. He was an atheist, after all.” Contrast that with the Bible’s mass murderers—Joshua, Moses, God. Perhaps it’s the Christians who are on the wrong side of this issue (h/t Mr. Deity).

A bad bishop can be rebuked based on professed Christian beliefs.

A bad bishop’s actions can also be supported by Christian beliefs. “Love your neighbor” and rules for slavery are both in the Bible.

A bad atheist cannot [be rebuked] since atheism has no creed or necessary beliefs beyond not believing in God, a life force, or a higher power.

Bingo! And your argument is now in a heap at your feet. Atheism is a lack of god belief; that’s it. No one has ever been killed in the name of atheism.

Unfortunately, the same can’t be said for Christianity.

My analysis of Reynolds’ argument is concluded in part 2.

God used floods and plagues to kill people.
Why command the Israelites to do the dirty work?
That’s not a god, it’s a Godfather.
— commenter Greg G.

May 17, 2019
Celebrate Harold Camping Day, the Day to Remember Our Favorite Doomsday Prophet!
Next Post

May 23, 2019 Stalin Was a Mass Murderer (And I’m Not Too Sure About Myself) 2/2
Recent Comments
382 Comments | Leave a Comment
Browse Our Archives
get the latest from
Cross Examined
Sign up for our newsletter
POPULAR AT PATHEOS Nonreligious
1