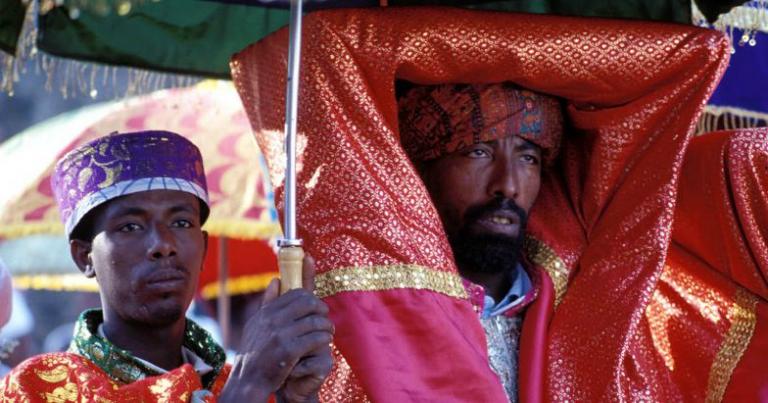 A few years ago, the Pew Research Center published a thorough and intriguing international study of religion, “The Future of World Religions: Population Growth Projections, 2010-2050.” Dwight Longenecker, a Catholic blogger here at Patheos, gloated about the conclusions in “The Facts: Atheism is Dying Out.”

In journalism, that’s called “burying the lede.” No, that’s not really the story. Let’s explore in more detail how religion will change by 2050.

Christianity has been the 800-pound gorilla on the world stage, but Christianity is losing its edge. In 30 years, Christianity is expected to be only negligibly larger than Islam, with 31.4% of world population vs. 29.7% for Islam, and Islam is projected to be the number one religion by 2070.

Christianity will increasingly become an African religion. Africa is already the largest Christian continent, with slightly more Christians than North America. But by 2050, Africa will have more than twice North America’s Christian population (1.12 billion vs. 516 million).

This global spread of Christianity can be seen visually on a map showing the changes in Christianity’s center of gravity over time. In 33 CE, the center of gravity began in Palestine. Over the centuries, it moved through Asia Minor and Greece, then gradually westward as Christianity spread through Western Europe. By 1700, it was in northeast Italy, by 1800 in northwest Italy, and by 1900 (with the rise in the Christian population of the Americas) in Spain. By 1970, it had moved dramatically south and was in northwest Africa. Today, it’s roughly centered on Timbuktu, Mali, and it’s expected to continue moving southeast into Africa.

We’ve gotten a taste of this new global, not-necessarily-Western Christianity with the recent changes within the United Methodist Church. The conservative faction, aided by the disproportionately conservative congregations in Africa, imposed an anti-gay agenda that threatens to split the church. Yes, global Christianity is increasing, but will American Christians like how that affects their church?

The Muslim fraction of Europe will almost double by 2050 to 8.7%. Islam in North America will continue to be tiny, with 2% of the population.

In Africa, however, Islam will more than double to 960 million. The big winner will be Asia, with 1.74 billion Muslims in 2050. The top four Muslim states will be India, Pakistan, Indonesia, and Nigeria.

The number of people unaffiliated with any religion (the “Nones,” which includes atheists) will increase, but as a percentage of the global population, this group will decrease, from 16% to 13%.  This is the statistic that Longenecker was gleeful about.

But there’s more to the story. For most religious groups, the difference between those switching in (adopting the religion) roughly matches those switching out. Christianity, however, is the big loser here, with a net loss of 66 million by 2050. The Unaffiliated will see a net increase of about the same amount. Christianity may not be that sticky a meme after all.

Changes in the United States

Christians sometimes scold me for focusing almost exclusively on Christianity. If I’m going to attack anything, these Christians want me to attack Islam. But the focus of this blog is on Christianity in the U.S. That’s why, for me, the story is the percentage increase of Nones in the U.S., not the percentage decrease in the world. (In the same way that the U.S. lagged Europe’s shaking off of Christianity, the world as a whole may, in its turn, follow this trend.)

Consider projected changes in Christianity vs. Unaffiliated (Nones) in the United States.

Unlike changes in worldwide statistics, Christianity in the U.S. is the big loser (78% to 66%) and Unaffiliated the big winner (16% to 26%). That is, the Unaffiliated category is now winning the only race that one can be proud of winning, the intellectual debate in the marketplace of ideas.

While Christianity can win a demographic race as long as Christians make more babies, movement by intellectual migration does not favor Christianity.