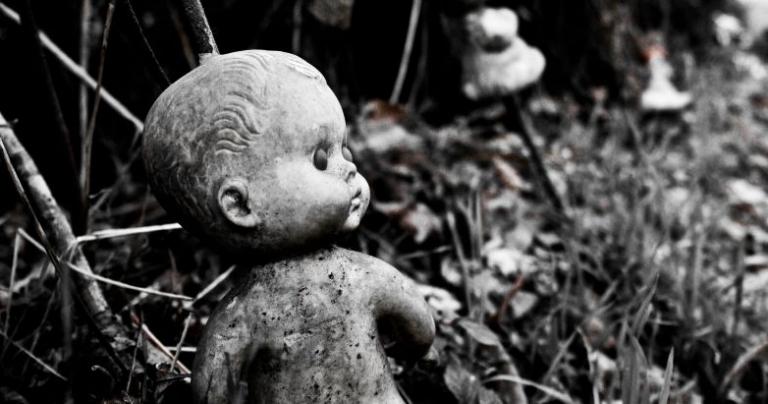 Evangelical blogger John Mark Reynolds is trying to help out atheists with a survey of “The Five Worst ‘Arguments’ (or Claims) Made by Internet Atheists.” It’d just be rude to not open this gift.

Part 1 looked at the first three arguments. Let’s continue to see if these atheist arguments are all that terrible.

Bad argument 4. “Stalin was trained in a seminary and his tyranny was really a religion not True Atheism.”

Atheism is just one answer (“No”) to one question (“Do you have a god belief?”). So, yeah, you can’t find Stalin’s tyranny in atheism. There is no atheist bible that would guide Stalin’s actions.

Reynolds falls back on his 2015 post that took “Stalin was bad,” combined it with “Stalin was an atheist,” and spun a scary tale to spook the kids at the campfire.

Stalin was an atheist before he was a communist. He found a worldview to fit his atheism. He allowed a “state church” since atheism is so counter-intuitive that even with great persecution, theism kept cropping back up.

Stalin was bad because he was a dictator. Atheism is relevant only because a dictator couldn’t have a competing source of power, the Russian Orthodox Church, second-guessing his orders. Shutting down the church and imposing atheism was a consequence of his being a dictator, not the other way around.

Atheism isn’t at all counterintuitive, but religion thrives in desperate times. That a familiar and comforting religion pops up in a bleak Soviet Union says nothing about religion’s truth value, and if the traditional Russian religion had been something besides Christianity, that would’ve “kept cropping back up” the same way.

Atheism says nothing about morality. Christianity, on the other hand, says a lot about morality, and much of that sucks (more on genocide, the Flood, and slavery).

Bad argument 5. “Faith is believing things despite the evidence.”

“There are out of the two billion Christians (not even counting the other theists) surely someone who asserts this.”

I bet more than someone asserts it. The popular book I Don’t Have Enough Faith to Be an Atheist by Norm Geisler and Frank Turek makes clear in its very title that “believing things despite the evidence” is exactly how they’re defining faith. Just in case it wasn’t clear, they say in the book:

If Reynolds wants to say that Christians using this kind of faith is embarrassing, I get it—it is. But he can’t pretend that it isn’t a widespread idea within Christianity.

Here are a few more examples of this interpretation.

If all the evidence in the universe turns against creationism, I would be the first to admit it, but I would still be a creationist because that is what the Word of God seems to indicate. (Dr. Kurt Wise, geologist)

Should a conflict arise between the witness of the Holy Spirit to the fundamental truth of the Christian faith and beliefs based on argument and evidence, then it is the former which must take precedence over the latter, not vice versa. (Dr. William Lane Craig, philosopher)

Snake handlers have much of the unevidenced kind of faith. Pastor Jamie Coots died after a snakebite in 2014. If anyone knew that God doesn’t protect believers from snakebite it was him, since that was his ninth snakebite. In the face of this evidence, these Christians maintain faith in the (noncanonical) words of Jesus, “In my name . . . they will pick up snakes with their hands; and when they drink deadly poison, it will not hurt them at all.”

Here’s a final quote, this time from Reynolds himself:

Almost all the world’s Christians will use the world “faith,” but they have varied understandings of what “good faith” would be. . . . When Soren Kierkegaard uses “faith,” the term is different in important ways than when Saint Thomas Aquinas uses it.

Returning to Reynolds’ quote above, yeah, I guess someone thinks that “faith is believing things despite the evidence.” If Reynolds is frustrated by the various ways evidence and faith fit together, I suggest using “trust” to mean belief well supported by evidence and leave “faith” for the fuzzier version.

Reynolds says that he’s annoyed when atheists tell him what he means by faith, and I see the problem. Important words like “faith” often have multiple meanings, so we should make sure we’re not talking past each other.

“This is so foolish, I have never met more than one relevantly trained atheist who believed it.”

You need to get out more. I’ve met two, Dr. Richard Carrier (doctorate in history) and Dr. Robert M. Price (two doctorates: one in Systematic Theology and another in New Testament).

I’m not well read on the historical Jesus issue and so don’t make this argument, but I also avoid it because it’s tangential. There are much simpler and more effective attacks on Christianity.

Some religions start with real people who actually lived (Joseph Smith for Mormonism, Mary Baker Eddy for Christian Science, Bahá’u’lláh for Bahá’í), and some may not have (Buddha for Buddhism, Lao Tzu for Taoism, Zoroaster for Zoroastrianism). “Jesus was just a myth” is hardly a radical claim. Said another way, providing overwhelming evidence that Jesus was historical would be a difficult challenge.

If having good historical foundation at the birth of a religion is important, I’m surprised that Mormonism isn’t more attractive to evangelicals like Reynolds. No one doubts that Joseph Smith existed. We have a painting of him and might even have photos. And every historical argument Christians make about the New Testament (lots of manuscripts, short time from event to autograph, short time between autograph and best copies) has a much stronger equivalent within Mormonism. If they value historical grounding as much as they say they do, these Christians should become Mormon.

Reynolds is right that some atheist arguments are poorly framed or thought out. I’ll summarize these six arguments and try to highlight points of agreement.

In response to my quoting the Bible, I got
“You shouldn’t quote the Bible unless you read it every day.”
I resisted the temptation to respond,
“Does it change that often?!”
— seen on the internet (paraphrased)