The Value of the Writings of the Early Church Fathers 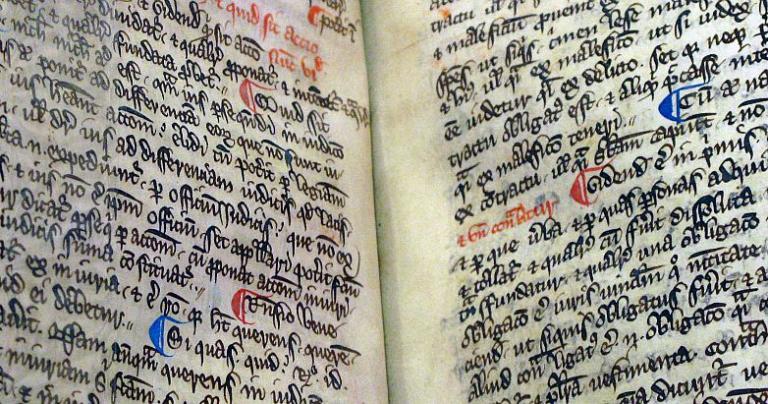 We’ve put to rest the popular claim that they could be used to reconstruct the entire New Testament with the exception of 11 verses. But in many cases, the copies of the writings of an early church father (these are called patristic writings) can be used alongside copies of New Testament books when trying to find the original text of a questionable verse. If you want to learn a bit about the detective work used in textual criticism, let’s go.

To see the value of patristic evidence, consider Luke 3:22b. After the baptism of Jesus, a voice from heaven says, “You are my Son, whom I love; with you I am well pleased” (NIV).

Or does it? Another source (let’s call it the variant reading) says instead, “You are my son, Today I have begotten you.”

This variant is wrong in several ways. Luke opens with the virgin birth story, so we’ve already seen that Jesus was divine from birth. But then at his baptism, God says, “Today I have begotten you”? Did God forget that Jesus was (1) already born and (2) already divine?

Problem two: the fifth-century Codex Bezae is the only copy of Luke that has the variant reading, and each of the hundreds of other Greek manuscripts of Luke has the other reading.

Those would be excellent reasons to reject this single, late outlier as an incorrect copy, but consider two more factors that argue that the variant is actually correct. Would a scribe be likely to convert “with you I am well pleased” (which is what Mark and Matthew also say) to the problematic “Today I have begotten you”? Obviously, the pressure on the scribe would be the reverse: to eliminate the crazy reading and harmonize it with the other two synoptic gospels. This is an application of the Criterion of Embarrassment, which says that the more embarrassing passage is likelier to be the original.

Second, and here we get back to our main subject, we see a very different picture when we bring in patristic evidence. When this verse in Luke is quoted or referred to in second- and third-century writings, it’s the variant reading that predominates.

The patristic evidence is essential in putting this strange variant reading in play as a viable candidate.

The patristic documents, by contrast, can give us more information. Irenaeus lived in Gaul (France). Tertullian lived in Carthage. You can guess where Clement of Alexandria lived. Not only do we usually know where they wrote, we also have trustworthy data on when most of them lived. With more reliable information on when and where the originals were created, scholars can put a date/location stamp on any New Testament quotes found in those documents.

Despite the problems, scholars are often able to wring trustworthy information out of this source.

The original claim that started us on this journey (“The early church fathers . . . quoted the New Testament so much . . . that all but eleven verses of the New Testament can be reconstructed just from their quotations”) is wrong in many ways. But while this macro claim fails, the micro claim shows the value of patristic writings: they can provide date and location information to help in the detective work of evaluating competing versions of New Testament verses.

How can they tell [if a communion] wafer
is transubstaniated anyway?
Hold it up to a vampire—
if it’s trans the vampire will back off,
if not the vampire will bite you.
It’s basic theological science.
— commenter Bob Jase

June 14, 2019
Theology, the Queen Clown of Sciences (Plus the Argument From Dullness)
Next Post

June 21, 2019 Which Does Technology Benefit More: Christianity or Atheism?
Recent Comments
81 Comments | Leave a Comment
Browse Our Archives
Follow Us!