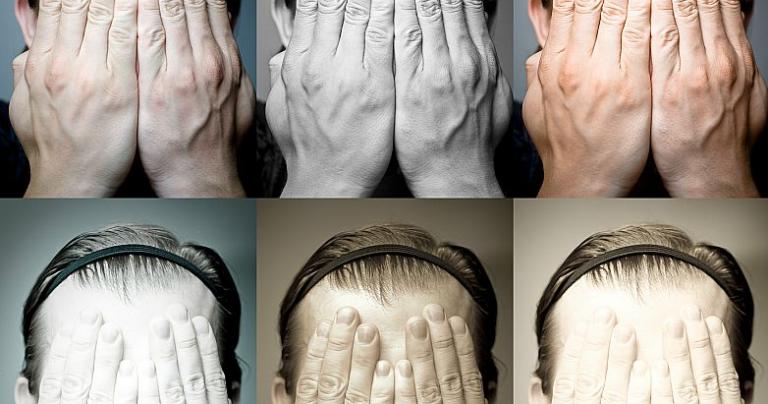 Who’s ready for more facepalming? It’s time for more stupid arguments Christians should avoid. For the first post in this series, go to Part 1.

Look—it’s not like we have photo, video, or audio recordings of the major events recorded in the gospels. You’ve got to make reasonable demands.

I agree that providing credible, high-quality evidence from the first century is hard, but so what? Are you saying that because it’s hard, I should drop my demand for good evidence?

Think of how that would sound if coming from another source. Suppose a Muslim argued that Mohammed’s Night Journey to heaven was historically true, but they didn’t have security cameras in Jerusalem then so we must accept Muslim tradition and holy books.

Or: doing a thorough search of Loch Ness is difficult, so we must accept the anecdotal evidence of Nessie’s existence.

Or: we can’t go back in time to see Xenu’s empire, so we must accept the Scientology mythology.

It doesn’t work that way. We demand evidence to back up the claims. If you make a remarkable claim, you must provide substantial evidence to back it up. The burden of proof is on the person claiming the supernatural, and if that burden isn’t met, we are obliged to reject the claim.

“Just because something might seem pointless to us doesn’t mean God can’t have a morally justified reason for it. . . . The mere fact that I can’t figure out why God allows some of the things to happen that he does . . . is not warrant for the conclusion that he’s got no such reasons.”

(This quote is from a Christian argument that I analyze here.)

I don’t declare that God doesn’t exist or that, if he does, he couldn’t have good reasons for the nonsense in the world. But who starts by wondering about God’s actions rather than first demonstrating that God exists? Who, I mean, but someone with an agenda?

Starting with a presumption of God has it backwards. An honest seeker of the truth will follow the evidence, and that’s the power of the Problem of Evil, which this Christian apologist is trying to refute. The Problem of Evil looks at the problems in the world and considers the properties claimed for the Christian god—all-loving, omniscient, omnipotent. Does this look like a world with such a god?

Stupid Argument #34: But I can’t reject Christianity now—I’ve invested so much!

If I rejected Christianity now, I’d be admitting that I’d backed the wrong horse for all these years. And what would that do to my reputation in my community?

This is the sunk-cost fallacy, which snares many financial investors. Suppose you invested in a stock that now is worth half what you paid for it. Consider two options. If an objective evaluation says that the stock should now rise substantially in value, you would be smart to hold the stock and maybe even invest more.

But what do you do if that optimistic evaluation is not justified? Instead of cutting their losses, some people buy more. They might rationalize that by buying more at this lower price, they’ve lowered their average purchase price. This is true but irrelevant; an investment should be considered on its own. If you wouldn’t invest if you didn’t own the stock, you shouldn’t double down when you do. Colloquially, we say that this is “throwing good money after bad.”

We see this in many other situations. Lyndon Johnson committed additional troops to the war in Vietnam after it was clear that it was unwinnable. The Concorde supersonic jet lost money, but the British and French governments continued to back it because they had already invested so much.

There are religious believers who don’t want to make an ego-less evaluation of the truth of their beliefs. They sacrifice intellectual integrity to soothe their sense of self-worth. For example, the Millerites sold everything to make themselves right with Jesus, who was to return to earth on October 22, 1844. After this prediction failed, many realized that they’d made a foolish mistake and walked away. But others in the group doubled down, ignoring this dramatic evidence that their beliefs were wrong and rationalized ways that they could still be right. Today’s Seventh-day Adventist Church is one outgrowth of the Great Disappointment of 1844.

A good illustration of how hard we’ll try to justify or recoup our sunk costs is the dollar auction. It’s a game in which both the auction winner and the second-place player must pay their final bids.

Two or more players are bidding to win a dollar. Let’s suppose that player #1 opens the bidding with 5¢. That sounds smart—if that bidder wins, their profit is 95¢. Now player #2 ups the bid to 10¢—that also seems to be a good move since a win at this stage will give a 90¢ profit. But here’s the problem: if player #1 lets it go at this point, he’s out 5¢, since as the second-place player, he’d be obliged to pay his final bid. So #1 bids 15¢.

The game encourages irrational decisions, and the rational choice may be to avoid playing the game. This contains parallels with religion, where the smart decision for the doubting Christian may be to cut their losses and just get out.

Those who will not reason, are bigots,
those who cannot, are fools,
and those who dare not, are slaves.
― Lord Byron

August 13, 2019 Silver-Bullet Argument #26: Jesus Was Wrong About the End
Recent Comments
239 Comments | Leave a Comment
Browse Our Archives
Follow Us!