Silver-Bullet Argument #26: Jesus Was Wrong About the End 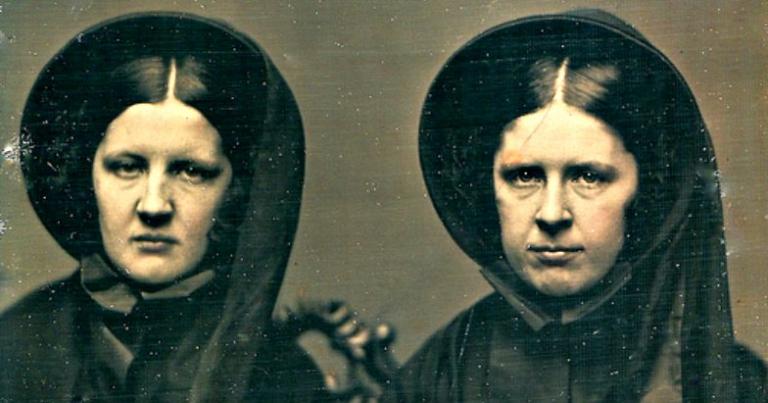 Prophecies are a big deal in the Bible. For example, Matthew claims that Jesus’s virgin birth fulfilled a prophecy made in the book of Isaiah. (It didn’t, because there was no such prophecy in Isaiah.)

Showing that the Bible has an error is a pretty good argument against Christianity, but we have bigger fish to worry about. Jesus, the omniscient second person of the Trinity, predicted the end of the world in the lifetime of his audience. Two thousand years later, we can safely say that that prophecy failed. Jesus being wrong is a silver-bullet argument against Christianity.

(This is a continuation of a list that begins here.)

Jesus said, “This generation will not pass away until all these things take place” (Matthew 24:34).

What are “all these things”? A few verses earlier, he described some of them: “The sun will be darkened, and the moon will not give its light, and the stars will fall from heaven, and the powers of the heavens will be shaken.”

So (1) we’re talking about something that is truly apocalyptic if the contents of the universe are being rearranged or destroyed, and (2) this will happen within the lives of those hearing him.

We’d know if that happened. It didn’t, and Jesus was wrong.

Most Christians reject this obvious conclusion, which frees them to invent countless end-times predictions of their own (illustrated here).

Jesus was an Apocalyptic prophet. That’s not simply to say that he predicted the end. He did, but Apocalypticism was an entire worldview popular within Judaism at the time of Jesus. For example, Bart Ehrman argues that the Dead Sea Scrolls, which are from a Jewish (not Christian) community, are full of Apocalyptic ideas. The book of Daniel (written in the 160s BCE) is another example of this genre.

Jesus wasn’t an outlier, the lone eccentric in Jerusalem holding a sign saying, “The end is nigh!” He shared a worldview that was widespread in his time. Another clue that Jesus had an Apocalyptic viewpoint is that predicting an imminent end was a common trait of this literature.

The failed prediction elsewhere in the New Testament

Not only did Jesus think the end was nigh, Paul did, too. He wrote:

But Christ has indeed been raised from the dead, the firstfruits of those who have fallen asleep [that is, died]. . . . For as in Adam all die, so in Christ all will be made alive. But each in turn: Christ, the firstfruits; then, when he comes, those who belong to him (1 Corinthians 15:20–23).

The firstfruits were those few fruits that ripened first that were given as an offering to Yahweh. Jesus here is the firstfruits. The full harvest (in this analogy, those who follow Jesus) would follow soon afterwards. Here again we see the imminence of the prediction.

This idea is mirrored in the raising of the dead immediately after Jesus’s resurrection:

The bodies of many holy people who had died were raised to life. They came out of the tombs after Jesus’ resurrection and went into the holy city and appeared to many people (Matthew 27:52–3).

Jesus had risen, as had some of the pious dead from Jerusalem, so the end was apparently around the corner. (More on the story of the rising of the dead here.)

We have another clue that Paul thought the end would come soon. Here, Paul was responding to a question within one of his congregations. The assumption had apparently been that Jesus would return and scoop up all worthy followers. But time was dragging on, and church members were dying. What about them? Will those who’ve died also get the reward that is due those who were still? Paul responds:

For this we declare to you by the word of the Lord, that we who are alive, who are left until the coming of the Lord, shall not precede those who have fallen asleep. (1 Thessalonians 4:15).

In other words, Jesus will take his own, even if some have died. The possibility that Jesus won’t return for millennia, and no one of this early church will still be alive, is obviously not an option.

What else didn’t Jesus know?

Jesus didn’t know a lot of things. But give the guy a break—it’s not like he was perfect.

Concluded with a look at how Christian apologists respond in part 2.

The achievements of theologians
don’t do anything,
don’t affect anything,
don’t mean anything.
What makes anyone think that “theology”
is a subject at all?
— Richard Dawkins

.
*Jesus said: “But about that day or hour no one knows, not even the angels in heaven, nor the Son, but only the Father” (Matt. 24:36). Paul said something similar: “For you know very well that the day of the Lord will come like a thief in the night” (1 Thessalonians 5:2).

But let us not forget the Harold Camping Maneuver (made famous in 2011 when Brother Camping’s predicted date for the Rapture came and went without incident). Camping points out that Paul continues: “But you are not in darkness, brothers, for that day to surprise you like a thief. For you are all children of light, children of the day. We are not of the night or of the darkness” (1 Thess. 5:4–5).

In other words, ordinary people will be surprised by the end, but the chosen will not.

Unfortunately, Harold Camping was completely surprised. So much for the Bible being correct about the supernatural. But perhaps Camping could take comfort knowing that he had much company in his failure.

August 15, 2019 Silver-Bullet Argument #26: Jesus Was Wrong About the End (2 of 2)
Recent Comments
396 Comments | Leave a Comment
"Another stated facet of the biblical god is mercy. Being just AND merciful is a ..."
Don Camp Atheism Fails Because There Is No ..."
"Dammit, IA, you quoted the verses Don doesn't pay any attention to."
Greg G. Atheism Fails Because There Is No ..."
"Like, "Is it OK to add things like cheese to bread when you eat it?"Would ..."
epeeist Who Has the Burden of Proof? ..."
"Appear from disagreeing with your denigration of propper, authentic and original EnglishI have just seen ..."
epeeist Who Has the Burden of Proof? ..."
Browse Our Archives
Follow Us!