Another Attempt to Explain God’s Hiddenness (or Nonexistence) Fails (2 of 3) September 25, 2019 Bob Seidensticker 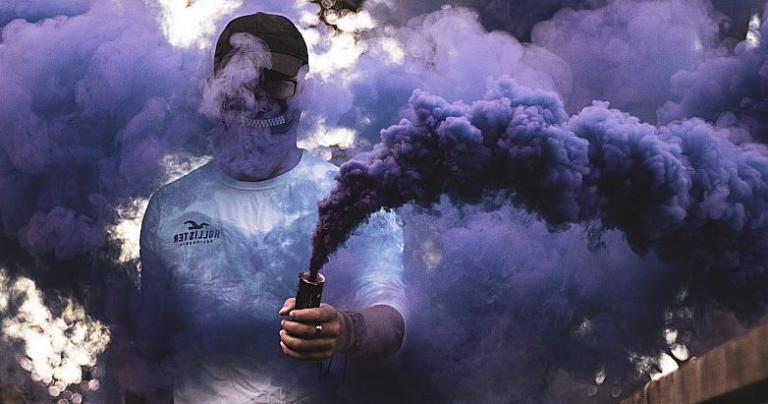 Update: commenter Ubi Dubium of the Question With Boldness blog pointed out that the “Lawrence Krauss” quote used by Tom Gilson in part 1 actually came from their blog. To minimize confusion, I’ve left the Krauss reference in (but now you know the actual source).

Gilson’s error doesn’t diminish the value of the quote, but it should encourage him to be more careful in his future research. Or, given the unconvincing argument that he put together, maybe not.

Why doesn’t God make himself more obvious? Christian apologist Tom Gilson attempted an answer, and this is the second part of my response. (I’ve responded to other articles by Tom Gilson on different topics here and here.)

At the end of part 1, Gilson considered a response by cosmologist Lawrence Krauss. Krauss made a (seemingly) reasonable request for evidence, and Gilson had to step in to defend God, silent as always, to declare that that was somehow inappropriate.

Suppose God assented to your request for evidence—then what?

But Gilson is a reasonable guy. Krauss’s demand for evidence for remarkable claims is obviously out of line, but imagine that God gave him what he asked for anyway. Gilson says:

From what I’ve read of Krauss’s writings, he would admit he’d been wrong, and that God exists after all. Then from denying God, he would move immediately to resenting Him.

So our atheist would go from having no God belief to having a God belief. He wouldn’t be an atheist anymore. Isn’t that a really, really good thing from Gilson’s standpoint? Why not celebrate that? It’s because this would make Krauss’s demand for evidence reasonable and God unreasonable for not providing it, as common sense would dictate.

Gilson hurries on to his next complaint.

Bibles growing on crabapple trees [one example of the evidence Krauss asked for] wouldn’t make anyone love God or trust Him, which is what God really wants.

The issue is God’s hiddenness, so don’t change the subject. God’s providing evidence would resolve the Big Problem, which is God being indistinguishable from nonexistent. Stop apologizing for him. Stop putting words in his mouth. Does he exist? Then let him speak for himself.

And no, love isn’t what God wants. Read about the destruction of Sodom and Gomorrah. About God condescending to Job from the whirlwind. About the Flood. About God as the creator of hell. It’s like Gilson imagines God thinking about us when he looks at his “I wuv you THIS MUCH!” statuette on his desk. No—if God wants any reactions from us, it’s not love but some combination of fear, awe, adulation, and/or respect.

He doesn’t just want people [to] believe that He is, but that He does good for those who seek Him (Heb. 11:6). He wants us to love Him.

Wow—that ship has sailed. Love is something you earn, and we would love God if he were love worthy. Love isn’t an intellectual project but follows from the conditions being right. Read the Old Testament, and you’ll discover that God is not worthy of our love.

Here again, you’re putting words in his mouth. The Yahweh of the Old Testament demanded genocide, supported slavery, and didn’t bother following his own moral code. He wouldn’t be distressed to discover that he wasn’t loved. Bronze Age storm gods and war gods didn’t care about such drivel. Feed them with food offerings and grovel appropriately, and they’re good.

A Christian correspondent once demanded to know what I’d need to accept that God exists. It was a more provocative question than I realized at first. I’d need to reshape reality to remove immovable obstacles to God belief. In response, I wrote a series of posts titled, “25 Reasons We Don’t Live in a World with a God,” which explored the things that would have to have been different in our reality for us to accept the God hypothesis. Similar reasoning could explore things that would have to be different in Christianity, the Bible, and reality for the Christian God to be lovable.

Is it possible that the God of the Old Testament actually does want us to love him and is worthy of that love? No, but suppose that’s the case. Suppose we’ve misjudged God by reading what he says about himself in his own book. Such a misperception can be corrected. We misjudge people all the time, perhaps because of a hasty first impression, and we’re accustomed to correcting that impression with new information. God, it’s your move.

Let’s return to God’s hiddenness, the point of Gilson’s article. Knowing that God exists would be the first step to Gilson’s goal of us loving him. Instead of changing the subject, Gilson should acknowledge and support our need for more evidence as the foundation of his goal to get us to (step 1) understand that God exists and (step 2) love him. He’s hurrying on to step 2, where he can argue that the lack of love is our fault and not God’s, and he’s hoping we don’t notice that he has nothing for step 1.

The reason, of course, is that good evidence for God’s existence doesn’t exist. If there were good evidence, he’d drop the misdirection and just point to it.

You wouldn’t want God to force his existence on you, would you?

Gilson moves on to another complaint.

God can only force so much on us. Yes, he could force the knowledge of His existence upon us just as the sun forces awareness of itself on us during the daytime, or as much as we’re compelled to believe that 2 plus 2 equals 4.

Yeah, lemme tellya—what I wouldn’t give to be able to turn back the clock to those blissful days before I knew that 2 + 2 = 4! And don’t get me started about what a burden it is to know that the sun exists.

God could make Dr. Krauss know His existence with the same complete certainty; He could “force assent” on him, as the philosophers say it, making it impossible for him not to believe.

Why bring in philosophers? Ordinary people have the superpower of believing in things for which there’s sufficient evidence. It’s not that tough.

Next, he again tries to dance away from the evidence question and return to what he thinks is his stronger point, the love question.

But [God] cannot force anyone to love Him. Knowledge can be pressed upon a person; love cannot.

Yeah, we’ve been over this. First, we have no good reason to believe the ridiculous supernatural claims of Christianity. And second, God is a dick. He gets what he deserves. Love happens for good reasons, and we don’t have those reasons with God.

Gilson approaches this another way. Notice his odd perspective in the second sentence:

God can’t force Krauss, or anyone else, for that matter, to love Him. Love must be freely offered, or it’s fake and ugly.

Gilson wants to see this from the person’s standpoint: “Love must be freely offered” by the person. This perspective allows Gilson to assign blame to the person if the result isn’t right. Of course, he goes into this topic unable to consider that God’s role might be imperfect. (Aren’t things so much easier when you assume your conclusion first? Here, Gilson assumes both that God exists and that God is without fault.)

Let’s recast that second sentence according to how love actually works in healthy human relationships. It goes from “Love must be freely offered” to “Love must be earned.” The burden goes from the person to God, where it should be. If love isn’t happening, the first thought isn’t to criticize the lover but to ask what’s wrong with the lovee.

Gilson is stealing a powerful word and redefining it in the context of battered-woman syndrome. God is a Bronze Age tyrant, and you must love him. If you don’t, the fault is yours.

If God loves the aroma of burnt offerings,
why don’t they burn money in churches?
— commenter Greg G.

September 23, 2019
Another Attempt to Explain God’s Hiddenness (or Nonexistence) Fails
Next Post