Insight Into the Evangelical Persecution Complex 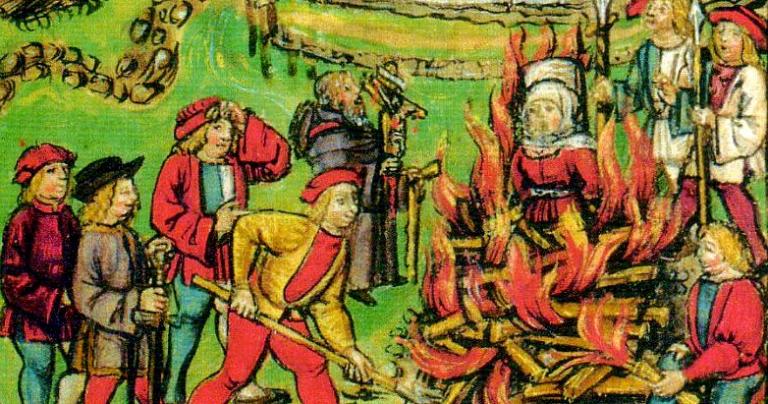 The Kim Davis story is just one log on the fire of imagined Christian persecution. Here is what their environment tells conservative American Christians:

Christians are told that if they’re not seeing Christian persecution they must not be looking hard enough. The Bible makes this clear in a dozen places.

All who desire to live godly in Christ Jesus will be persecuted (2 Timothy 3:12).

Blessed are you when men hate you, and ostracize you, and insult you, and scorn your name as evil, for the sake of the Son of Man (Luke 6:22).

Not only is persecution to be expected, it’s a blessed thing, and conservative leaders capitalize on this. They fan the flames of persecution to help rally (and shake money and votes out of) the faithful.

Most atheists and those who insist on secular government would be surprised to find themselves accused of being behind this persecution. The Persecuted may point to other countries where preaching the Bible’s anti-gay message is prohibited, but that’s not the United States. More to the point, in any situation where pastors were forbidden from preaching or Christians were jailed for being Christian, every atheist I know would rally to their side. (Ignoring the bluster to the contrary, Kim Davis wasn’t jailed for being Christian; she was jailed for not doing her job.)

Imagined persecution is kept alive by Christian excesses—a public school with a Jesus painting, a Bible quote on the wall, or coaches who force students to pray, for example. When they are sued to force them to stop, conservative Chicken Littles whine that the sky is falling, but there’s a difference between Christian rights and Christian excesses. When you have an unfair privilege and then that privilege is removed, you’re not being persecuted.

Why the persecution has traction

With atheists making clear that they want a secular public square where everyone can participate (yes, Christians, too), where’s the problem? Why doesn’t this defuse conservatives’ predictions of apocalypse, at least partially? I think the idea of persecution against Christians is a sticky idea because, if the roles were reversed, persecution is exactly what they’d do!

Let me illustrate with an anecdote from the book The Man Who Stayed Behind about Sidney Rittenberg, a U.S. soldier who helped the Chinese against the Japanese during World War II. He came to appreciate the struggle of the Communists and remained in China to help after the war was over.

During the Cultural Revolution, he worked as a translator in a press agency. Society was chaotic during this period, with little central control, and one faction within the organization took control. This faction acted in the traditional Maoist manner by stamping down all dissent. Rittenberg was part of an opposing group that said that one of the goals of the Cultural Revolution was openness, and that all voices should be heard.

Eventually, Rittenberg’s faction was able to seize control, but the story doesn’t have a happy ending. Despite Rittenberg’s efforts, his faction reverted to the only way they knew to rule, the same tactics they’d been fighting—totalitarianism. Openness was important when it suited them, but they in their turn shut it down when it became inconvenient.

Maybe it’s the different moral thinking that governs liberals and conservatives. Maybe Christianity’s totalitarian past reveals a theme that still animates Christians today. Efforts by some Christian leaders (or conservative politicians, who are often indistinguishable) to have things their way without compromise, reveal their view of how power should work. If atheists gained more power, they imagine, wouldn’t they do things the same way?

For a quantitative example of how secular America is the good guy, consider one of conservative Christians’ favorite demons, the ACLU. The ACLU (dedicated to preserving “the individual rights and liberties guaranteed by the Constitution and laws of the United States.”) has taken on two hundred religious legal cases in the last twenty years. In more than half of them, the ACLU took the side of Christians. The ACLU defends free speech and religious rights for all Americans, Christians included. Similarly, atheists want a secular public square for the benefit of everyone.

Lay Christians are surrounded by conservative leaders eager to amplify perceptions of persecution, but if those ordinary Christians would listen to us, they might find that secularists simply want a society that benefits everyone.

Ignorance, misery, and fear
[is] the soil in which religion flourishes best.
— Linda LaScola and Daniel Dennett