What Is Anti-Gay Speech? And How Protected Should it Be? (3 of 3)

Seyi Omooba is a British actress whose Christian criticism of homosexuality came back to bite her. (Part 1 here.)

Let’s review to see who hurt whom and if injury could’ve been prevented. This is my evaluation (and the more I write, the more subtleties appear), so feel free to add comments with corrections or different approaches.

Seyi Omooba put up a Christian anti-gay Facebook post five years ago. This year, someone uncovered it and showed it to the world. Though she said that she regretted making her thoughts public, she wouldn’t retract them, and she lost her job. Worse, this incident may rain on future work opportunities in the theater.

Omooba’s actions. There may have been something that she could’ve said by way of apology after her comments were outed. Maybe she could’ve acknowledged that Christianity is a big tent and that her interpretation wasn’t the only one. Or she could’ve promised to broaden her perspective by visiting gay-affirming congregations. Or she could’ve added a caveat saying, “This is just one interpretation” or “I’m not claiming to be the last word on the subject” or even (h/t commenter NS Alito) “[It would be] the ultimate hubris for me to act as either a communicator or an enforcer for my omnipotent God.”

With a conservative pastor as a father, this might have been difficult, but she is 25 years old and should now be able to take responsibility for her own worldview.

The theater’s actions. The theater hurt Omooba by firing her, but they would say in turn that she injured them by forcing them to find a replacement. I see no free-speech violation. From their standpoint, Omooba could say whatever she wanted up to and including discrediting the show. And they had a contract with her so they could terminate her if she became a liability.

The whistleblower’s actions. He indirectly caused Omooba’s firing with his tweet, but I think his actions were justifiable. (Some commenters have disagreed.) Whether you call them Omooba’s ideas or Christianity’s, neither source deserves a pass for hateful ideas. “But this comes from the Bible!” counts for nothing. If it’s stupid and indefensible, that’s true no matter where it comes from.

The public’s actions. The theater-going public didn’t get a chance to vote with their ticket purchases, but there was enough blowback in response to the tweet to make clear to the theater that there was negative publicity. The public is entitled to reward or punish productions if they feel it necessary. If you are outraged at where Omooba landed after this incident, you can probably think of a different politically charged arrangement where you, as a potential ticket buyer, would want to reward or punish a production with your purchase.

As Ricky Gervais put it, “You have the right to be offended, and I have the right to offend you.” That goes both ways. Seyi Omooba has offended with her Facebook post. That’s fine; that’s her right. But then she can’t get annoyed when she gets some free speech back.

This result doesn’t please me. I don’t look at Omooba and think that she got just what she deserved. She said some stupid, hateful nonsense based on her indoctrination into a religion that worships a Bronze Age god, but she didn’t materially hurt anyone. To paraphrase Jefferson, she neither picked anyone’s pocket nor broke anyone’s leg. She could’ve said Ricky Gervais’s line: “You have the right to be offended, and I have the right to offend you.”

This seems a little like the Tragedy of the Commons, where each rancher puts all their sheep into the town’s common land to graze, and the land becomes overgrazed and barren. Each party does what, to them, is the smart thing to do, but add that all up, and something’s wrong in the end.

I’ll get three more problems off my chest. First, there is no crime without a punishment. And—wouldn’t you know it?—the Bible gives us its stock punishment. In the case of homosexual sex, “[Both men] are to be put to death” (Leviticus 20:13). Is that what Omooba wants? Just to follow God’s word, both in defining the crime and specifying the punishment? If she has a hard time accepting that punishment, it should call into question the validity of the “crime.”

Second, why focus on the anti-gay verses? Old Testament law has loads of fun rules—you must stone to death “a stubborn and rebellious son” (Deuteronomy 21:18), brides discovered to not be virgins are also stoned (Deut. 22:20–21), sex slaves are war booty (Numbers 31:17–18), and more. If modern times has dimmed our appreciation for these old classics, why not bring them all back? The answer, of course, is that Christians like Omooba have an agenda.

If you want to dismiss these as being unnecessary or outdated, (1) show where the Old Testament said that dismissal was an option and (2) show why the anti-gay verses are in a different category.

Finally, and this returns to the point of the whistleblower, her taking the part is hypocritical. She feels that God unambiguously declares that homosexuality is wrong, and yet she will play a protagonist who has a lesbian relationship? She should see her loss of the part as God’s hand in action and be grateful.

Let’s return to the original issue, free speech vs. Christian anti-gay ideas. The real issue may be that Omooba didn’t think, five years ago, that she would soon be a minor celebrity and that public critique of celebrities is often greater than that for ordinary citizens. It’s naive to imagine that an online discussion will never have consequences in the real world. On one hand, that’s a big burden on a young adult that most people will never have to deal with. On the other, Christian anti-gay ideas are hurtful and offensive. A celebrity will have a larger platform than most of us, so their statements are magnified, and they shouldn’t make a statement they can’t accept the consequences of.

It’s an easy mistake to make, but I put the blame on her. A provocative anti-gay statement, whether or not it is couched as biblical, is hurtful. If this is a surprise to her—either that social media can be dangerous or that conservative ideas about homosexuality can be hateful—she has only herself to blame. Especially as someone in the theater, with lots of gay coworkers, she should’ve known the impact.

She sowed the wind and reaped the whirlwind.

Acknowledgements: Thanks to the many thoughtful comments to the previous posts. This is a subject with (as I see it) no win-win resolution. Share your comments below.

[A minister once posted,]
“ ‘Thy will be done’—the prayer that never fails.”
I couldn’t have said it better myself,
yet she had no idea of the implications of such a statement.
— commenter Lerk! 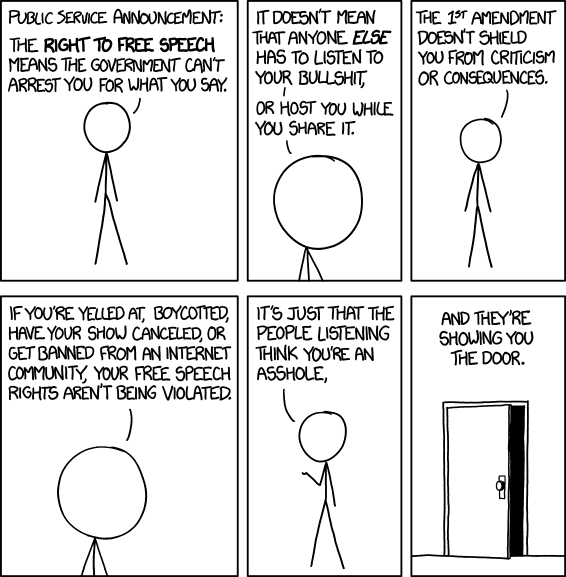 October 17, 2019 How Much Faith to Be an Atheist? Geisler and Turek’s Moral Argument.
Recent Comments
153 Comments | Leave a Comment
"Some day I will attend a televised sportsball game for the sole purpose of holding ..."
KahunaTomato Criticizing the Logic of the Atonement ..."
"Where did the dinosaur eggs and tree seeds come from though?"
RoadLessTravelled Ray Comfort’s “The Atheist Delusion”: 64 ..."
"Sorry, Rob, but God does not exist, and this has now been proven.However, even if ..."
Gary Whittenberger Criticizing the Logic of the Atonement
"So which came first, the dinosaur egg or the dinosaur? The seed or the tree? ..."
RoadLessTravelled Ray Comfort’s “The Atheist Delusion”: 64 ..."
Browse Our Archives
get the latest from
Cross Examined
Sign up for our newsletter
POPULAR AT PATHEOS Nonreligious
1 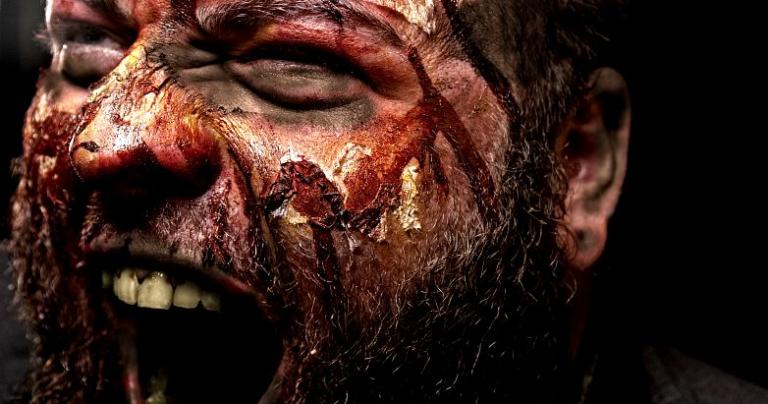