Can God Be Benevolent if He Sends Your Children to Hell? (2 of 3)

Can God Be Benevolent if He Sends Your Children to Hell? (2 of 3) November 21, 2019 Bob Seidensticker

Are Christians okay with a god who could send their children to hell? Let’s continue our critique of an article by William Lane Craig (WLC) in which he defends the Christian position (part 1).

The doctrine of hell

His point about the psychological question is that if this is just someone’s personal opinion, “it would have no implications at all for the truth of the doctrine of hell.”

Hell? So much for Good News. But what is the doctrine of hell? Is it C.S. Lewis’s “gates barred from the inside” or fire ’n brimstone® or something else? He must make sure his answer is in harmony both with every afterlife passage in the Bible and with the doctrine of hell in every other Christian denomination. Don’t give us your interpretation; rather, show that the Bible defines a single unambiguous doctrine about hell.

WLC moves on to emphasize the critic’s relative (rather than objective) position on moral issues.

Suppose I were one of those persons who would not or could not bring himself to do X. That implies nothing about the rightness/wrongness of doing X or the truth/falsity that someone does X. It’s just about me and my personal psychology.

Children and the age of accountability

WLC next wants to make a special case for young children.

Neither God nor I would send small children to hell, for they are not morally accountable.

Show me, and again don’t just cherry pick verses to support your position. Make sure that no Bible verse contradicts your claim.

The age of accountability (the idea that children below a certain age are too young to be held accountable for their sin) comes from tradition, not the Bible. But the Bible makes clear that everyone has a sin nature and falls short.

Surely I was sinful at birth, sinful from the time my mother conceived me (Psalm 51:5).

The wicked are estranged from the womb; they go astray as soon as they are born, speaking lies (Ps. 58:3).

These verses argue that children don’t deserve an exemption.

(An insightful video by Underlings argues that God’s plan is either that (1) dead babies go to hell or (2) they don’t. But knowing that most adults do go to hell, option (2) means that murdering babies is morally proper because it saves them from hell. With either option, God loses.)

The Bible and thoughtcrime

Neither God nor I would send anyone to hell “simply because of thoughts in their heads.” Where in the world did you get that idea?

Uh, from the Bible? The tenth Commandment demands “no coveting.” Jesus added a few of his own thoughtcrimes in the Sermon on the Mount: “I tell you that anyone who is angry with a brother or sister will be subject to judgment.” And, “I tell you that anyone who looks at a woman lustfully has already committed adultery with her in his heart.” Coveting, anger, and lust are thoughts in your head, they’re evidently all sins, and you know the penalty for sin.

And now it’s time for WLC to hurry to God’s defense because, Lord knows, he can’t defend himself.

People go to hell because they willingly reject God’s forgiveness and resist His every effort to save them.

How can I willingly reject what I’ve never been given good evidence for? Christianity’s sin/salvation story is nonsense. “God made you sinful, but that’s okay because if you believe in the unbelievable, he’ll not burn you forever” isn’t coherent, loving, or fair.

It’s misleading to talk about God’s “sending” people to hell. He desires and strives for the salvation of every person, but some freely resist His grace and so separate themselves from Him irrevocably. It’s not His doing.

Did he make the rules? Then it’s his doing. If I’m imperfect, blame my Maker. And even if humans are sinful, God could just forgive, since that’s how we do it and he’s done it before.

As for “freely [resisting] His grace,” I’ve never seen evidence of God’s grace, but apparently you think I deserve hell nonetheless.

God’s offer of salvation: take it or regret it

WLC moves on to discuss salvation.

I can reject a serving of potatoes at the dinner table, but that assumes I believe those potatoes exist. I don’t reject unicorns or leprechauns, I just don’t have enough evidence to believe in them, or a thousand other mythical creatures, or gods.

The problem is not that they simply lack a certain belief but rather that they repudiate God’s provision for their sin.

You mean the sin that God made unavoidable? Yeah, my bad. Sorry about that.

Conclusion for the psychological question

So to sum up the psychological question, “How can you love and worship a God who you believe would do that to your children?” I guess I would answer that I know He would condemn them only if they deserved it. I trust in His justice.

Why trust God’s justice? It doesn’t match what we think of justice in the West. God ordered genocide on the Canaanites (here, here). He set up the rules for slavery. He flooded the world. Much of humanity today live in substandard conditions, which he could easily correct but won’t. These would be crimes against humanity if done by a person. WLC apparently wants to redefine justice so that whatever God does is just. No, God doesn’t get a pass, and Christians don’t get to redefine “justice” to make it easier for God to meet.

He goes on to liken non-Christians who ignore God’s offer of salvation to a drowning man who refuses a life preserver. The obvious flaw in this feeble analogy is that we all know that life preservers exist. A ticket to heavenly paradise, on the other hand, sounds like make-believe.

In part 3, WLC responds to the philosophical question, the one he said deserved attention.

Democracy doesn’t guarantee
an educated and logical populace,
but it does depend on one.
— Daniel Miessler (Daniel’s Unsupervised Learning)

November 19, 2019
Can God Be Benevolent if He Sends Your Children to Hell?
Next Post 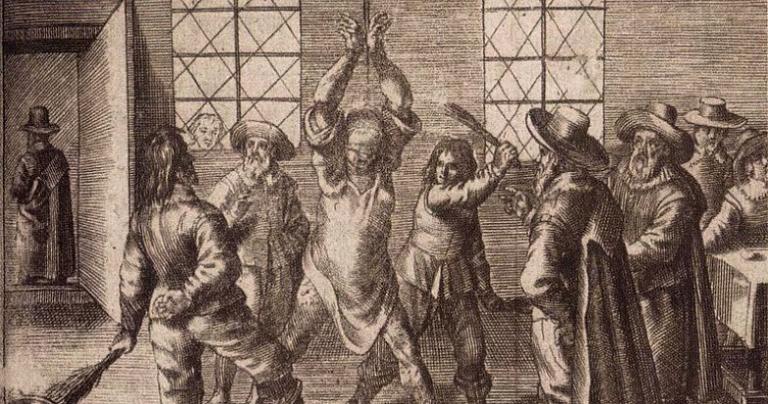