How Does the Kalam Cosmological Argument Fail? Let Me Count the Ways.

How Does the Kalam Cosmological Argument Fail? Let Me Count the Ways. December 17, 2019 Bob Seidensticker

World-famous philosopher William Lane Craig (WLC) is perhaps best known for his popularization of the Kalam Cosmological Argument. Let’s examine it to see if it is as compelling as WLC thinks.

The argument is a Muslim variant on Aristotle’s First Cause argument (something had to be the first cause; otherwise, you have causes going back forever). WLC states the Kalam argument this way:

1 Whatever begins to exist has a cause.

2 The universe began to exist.

Therefore, the universe has a cause.

First premise: Whatever begins to exist has a cause

There is so much wrong in this brief argument that it will take two posts to explain it. Let’s begin with that first premise. WLC defends it:

Believing that something can pop into existence without a cause is more of a stretch than believing in magic. At least with magic you’ve got a hat and a magician.

And if something can come into being from nothing, then why don’t we see this happening all the time?

No . . . everyday experience and scientific evidence confirm our first premise—if something begins to exist, it must have a cause.

WLC’s support for his philosophical claims often devolve into something like, “Aw, c’mon. You’ll give me that one, right? It’s obvious!” One wonders: if he’s not going to use his doctorates, maybe he should give them back.

Understand the limitations of common sense. It’s not the tool to rely on at the frontier of science. To take one example, we all know that a thing can’t be in two places at once, and yet quantum physics shows that it can. WLC handwaves a simple argument that works with people desperate for justification for their supernatural beliefs, but it doesn’t withstand scrutiny.

Contrary to WLC’s intuition, things may indeed pop into existence without cause. That’s the Copenhagen interpretation of quantum physics. For example, the electron or neutrino that comes out of a decaying nucleus qualify as things that “began to exist,” and they didn’t have a cause. Just to clarify, this isn’t to say that there is a cause but we just don’t know it. Rather, it’s saying that there is no cause.

WLC will say that this interpretation might be overturned, and that’s true. But then his premise becomes, “Whatever begins to exist might have a cause,” which doesn’t make for much of an argument.

He wonders, “Why don’t we see this happening all the time?” and the obvious answer is that it applies only at the quantum level. Indeed, the universe itself was once the size of a quantum particle, so it’s reasonable to think that causelessness could apply to the universe as well.

If there was nothing before the universe popped out, then what could have caused the tunneling? Remarkably, the answer is that no cause is required. In classical physics, causality dictates what happens from one moment to the next, but in quantum mechanics the behavior of physical objects is inherently unpredictable and some quantum processes have no cause at all.

To see this another way, replace “Whatever begins to exist has a cause” with “Everything has a cause” and ask WLC to find a counterexample. Unless he can, he has no reason (besides supporting his agenda) to prefer his clumsier version. He can point to the Copenhagen interpretation, but that defeats his version as well.

2. We know nothing about supernatural creation.

“Whatever begins to exist has a cause” has a common-sense appeal, but the only “whatevers” that we know that began to exist (stars, oak trees, a dent in a fender, tsunamis) are natural. Why imagine that this common sense rule of thumb would apply to supernatural causes? And why even imagine that the supernatural exists? WLC doesn’t bother even acknowledging the problem, let alone resolve it.

3. We know nothing about creation ex nihilo.

The only “begins to exist” we know of is rearrangement of existing matter and energy. For example, an oak tree begins with an acorn and builds itself from water, carbon dioxide, and other nutrients. If WLC is talking about creation ex nihilo (“out of nothing”), his premise has become “Whatever begins to exist from nothing has a cause.” He wants us to accept this remarkable claim though he can’t give a single example of something coming from nothing. The common sense appeal of the premise is gone.

WLC said above, “If something can come into being from nothing, then why don’t we see this happening all the time?” If this is supposed to be an argument against creation ex nihilo, does he then not believe God created ex nihilo? He might want to pause to get his argument straight.

(As an aside, the Bible doesn’t even argue that the universe was created ex nihilo.)

4. “Began to exist” makes little sense at the beginning.

WLC wants to stretch the common sense “Whatever begins to exist has a cause” from the natural to the supernatural, from rearrangement of existing matter to creation from nothing, and from creation within time to creation before time. He’s referencing a cause before the universe has even come into existence. If WLC wants to argue for magical creation of this sort, he must provide the evidence to support this claim.

First we have the earthquake, then the tsunami. First the moving car, then the dented fender. First the collection of gas moving inward by gravity, then the star. If the instant of the Big Bang is at t = 0, where is the prior cause? There can be no cause at t = –1 if time started at t = 0. How can there be a cause that works in time before there is time?

Every example WLC can point to (like tsunamis and dented fenders) is a different kind of “begins to exist” than the one he imagines, a (1) supernatural creation (2) from nothing (3) before time began, none of which have examples.

5. We have no reason for the “began to exist” caveat.

Since God is the only exception he imagines, WLC’s “Whatever begins to exist has a cause” is simply a disguised version of “Everything has a cause, except for God,” which makes it a circular argument (because it assumes its conclusion). It’s not like he gives evidence to support this remarkable claim; he just asserts it. But if that’s the game we’re playing, I suggest a new first premise: “Everything has a cause, except for the universe.” This is certainly the simpler claim, since WLC must invent a supernatural realm to support his, so Occam’s Razor is against him as well.

WLC will demand that I support my claim with evidence. My response: you first.

Another good source is The Scathing Atheist podcast episode “Kalam Down” @ 45:00.

Sometimes I wonder whether the world is being run
by smart people who are putting us on
or by imbeciles who really mean it.
— The Peter Principle
by Laurence F. Peter and Raymond Hull

December 20, 2019 How Does the Kalam Cosmological Argument Fail? Let Me Count the Ways (part 2 of 2).
Recent Comments
191 Comments | Leave a Comment
Browse Our Archives
get the latest from
Cross Examined
Sign up for our newsletter
POPULAR AT PATHEOS Nonreligious
1 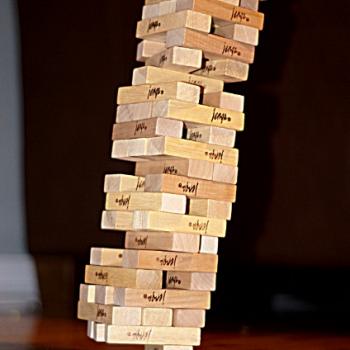 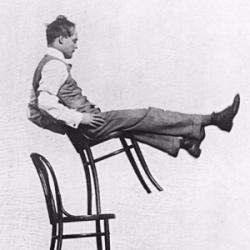