Was Jesus Born to a Virgin? William Lane Craig Answers This and More. 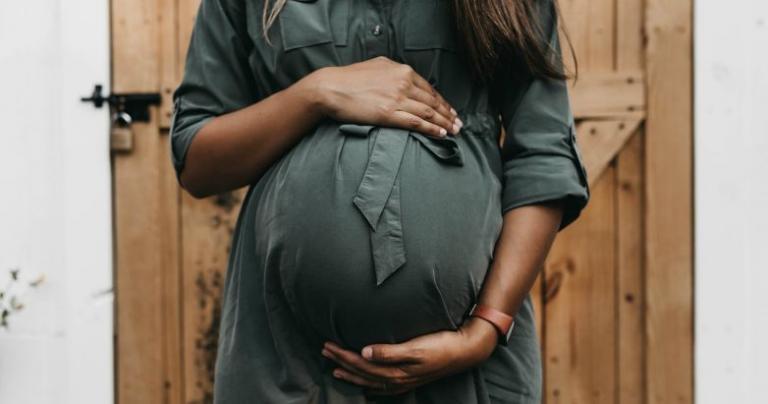 It’s the Christmas season! World-famous philosopher William Lane Craig (WLC) was asked by New York Times columnist Nicholas Kristof, “Professor, Was Jesus Really Born to a Virgin?” The conversation ranges over this and additional topics that all need a response.

Was Jesus born to a virgin?

“I must confess that for all my admiration for Jesus, I’m skeptical about some of the narrative we’ve inherited. Are you actually confident that Jesus was born to a virgin?” (I’ll use italics for the interviewer’s questions.)

For a God who could create the entire universe, making a woman pregnant wasn’t that big a deal! Given the existence of a Creator and Designer of the universe (for which we have good evidence), an occasional miracle is child’s play.

Apparently, WLC’s strategy is to dig his hole deeper. No, you have terrible evidence for God as the supernatural creator of the universe. Look around and see that people are Christians because they were raised that way, not because they are compelled by the evidence to accept Christianity’s claims. I agree that God making the entire universe is a bigger unanswered question than his making a virgin birth, but how has this advanced your argument?

Historically speaking, the story of Jesus’ virginal conception is independently attested by Matthew and Luke and is utterly unlike anything in pagan mythology or Judaism. So what’s the problem?

“What’s the problem”?? I gotta give him swagger points for that. Yes, the virgin birth is written in two accounts, but these are contradictory*. As for Jesus’s conception vs. those of other important figures, mythology and legend are full of supernatural births (some virgin births and some just god/human couplings). Palestine was at the crossroads of Greek, Roman, and Egyptian civilizations and more, and these societies had many supernatural births. For example, Dionysus (Greek culture), Caesar Augustus (Roman), and Amenhotep III (Egyptian) were all said to have had supernatural births. (More on Christianity as a copycat religion here.)

The typical Christian response is that those stories are quite different from that of Mary and Jesus. Perhaps they are, but so what? Jesus was said to have been divinely conceived, just like many other gods before him—that’s the commonality. Was it likelier (1) that Jesus’s supernatural birth was the only one that was the real deal or (2) that it, like all those that came before, was just mythology, legend, or other human invention?

An essential part of the Jesus birth story that WLC doesn’t mention is that the virgin birth is claimed to have fulfilled a prophecy from Isaiah 7 (which writes about a Judean king from the eight century BCE). It didn’t.

Early Christians picking up the supernatural birth and adding it to their story, like a bower bird adding a pretty rock to its nest, isn’t hard to imagine. We can see the recent evolution of Christianity in Mary’s position within the Catholic church. Catholic theologians concluded, without scriptural evidence, that she must have been born free of original sin (the doctrine of the Immaculate Conception, 1854) and then that she must have been assumed into heaven without dying (the doctrine of the Assumption, 1950). If Christianity can still pick up new doctrines now, it could do so in its earliest days.

How about that, kids? A poor peasant girl from the outskirts of nowhere grows up to be the mother of God. Work hard and eat your vegetables, and maybe you, too, can be the source of a Christian doctrine!

Was Jesus a miracle worker? Or just a great moral teacher?

“Why can’t we accept that Jesus was an extraordinary moral teacher, without buying into miracles?”

You can, but you do so at the expense of going against the evidence. That Jesus carried out a ministry of miracle-working and exorcisms is so widely attested in every stratum of the sources that the consensus among historical Jesus scholars is that Jesus was, indeed, a faith-healer and exorcist.

Let’s just say that Jesus as an “extraordinary moral teacher” is debatable and move on to that consensus. I always respect the scientific consensus, unlike WLC, who doesn’t care much for Biology’s consensus about evolution. However, the “consensus of historical Jesus scholars” doesn’t mean the collected opinion of free agents because most Jesus scholars are constrained by doctrinal statements. This means that they aren’t free to follow the evidence but must come to a predetermined conclusion. This makes their consensus meaningless.

As for Jesus as a “faith-healer and exorcist,” we know today that evil spirits don’t cause disease, and yet the gospels have Jesus performing many exorcisms as cures. Consider which of these two options seem likelier: (1) evil spirits caused disease 2000 years ago in the time of Jesus but they’ve stopped, or (2) evil spirits never were a cause, and the gospels simply reflect the pre-scientific thinking of their time (more).

And why does Paul, the earliest source of Jesus information, say nothing about Jesus performing healings? In fact, Paul mentions no Jesus miracles of any sort. More.

One unsurprising possibility is that the Jesus in Paul’s mind was quite different from the Jesus documented in the gospels decades later. A religious message that changes over time is easy to imagine from a naturalistic standpoint, though that is hard to imagine coming from a supposedly historically accurate document.

More questions will be answered (and critiqued) in part 2.

There was an old bugger called God,
who got a young virgin in pod.
This disgraceful behavior
begot Christ our Saviour,
who was nailed to a cross, poor old sod.
— Dylan Thomas

*Here are two contradictions in the Luke and Matthew birth narratives.

Luke makes clear that Mary and Joseph live in Nazareth, but Matthew suggests that they lived in Bethlehem. There is no mention in Matthew of them traveling to Bethlehem, suggesting they already live there; the wise men find them in a house rather than a stable or inn, suggesting a permanent home; and Joseph had initially planned on returning from Egypt to Judea (where Bethlehem is) but was convinced to go to Galilee instead (where Nazareth is), suggesting that Nazareth hadn’t originally been their home.

Also, each gospel gives a historical reference that allows the birth to be dated (the death of Herod and the governorship of Quirinius), but these are different dates.

December 5, 2019 Was Jesus Born to a Virgin? William Lane Craig Answers This and More (2 of 3).
Recent Comments
151 Comments | Leave a Comment
Browse Our Archives
Related posts from Cross Examined