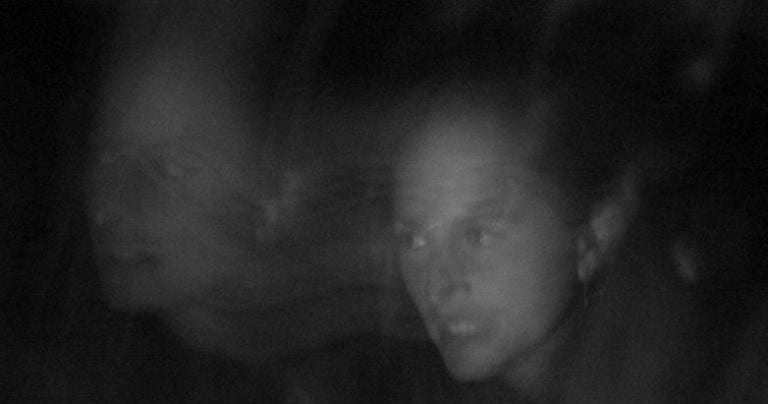 Jesus cured disease with exorcisms. But if demons really are a cause of disease, why isn’t exorcism a part of medical practice today?

The Bible records Jesus performing seven distinct exorcisms (sometimes repeated between the gospels). The most famous may be the Gerasene demoniac, a man possessed by many demons. Jesus cured him by expelling the demons into pigs, which then drowned.

Where does disease come from?

Some of the sick people in these exorcism stories had what we would probably diagnose as mental illness, but some illnesses were physical. For example, Jesus healed a demon-possessed man who was blind and mute (Matthew 12:22–32).

The medical picture gets more complicated. Though Jesus spoke to dispel demons in some cases, not all exorcisms were performed this way. For example, the demon possessed child (Mark 7:24–30) was cured remotely without Jesus addressing the demon, and a woman “crippled by a spirit for eighteen years” was cured after a touch (Luke 13:10–13).

What about physical illness? Though Jesus touched people to cure physical illness in some cases (for example, the blind men in Matt. 9:27–30 and the leper in Luke 5:12–16), not all such cures were performed this way. He healed the Centurion’s servant remotely (Matt. 8:5–13), he healed the man with the withered hand in person but without touching (Matt. 12:9–14), he rebuked a fever (Luke 4:38–9), and the bleeding woman was cured after she touched Jesus (Matt. 9:19–20).

To make the picture more complicated still, one final category of illness is that caused by sin. Jesus cured the invalid at the pool of Bethesda (John 5:1–16) and cautioned him, “See, you are well again. Stop sinning or something worse may happen to you.” Sin and illness are also connected in the story of the paralyzed man lowered through the roof (Mark 2:1–12) and when Jesus’s disciples asked about a blind man, “Who sinned, this man or his parents, that he was born blind?” (John 9:1–7).

This sin/disease connection comes from the Old Testament. In the book of Job, Job’s friends assured him that his difficult situation must’ve been caused by his own sin, since God wouldn’t inflict this without cause. Moses lectured Israel that they’d better follow all of God’s commands. Of the many curses they would receive if they didn’t, “The LORD will plague you with diseases” (Deuteronomy 28:15–22). And Eve’s disobedience in the Garden of Eden was supposedly the original sin, the cause of all illness today.

A significant fraction of Jesus’s healings are of illnesses caused by demons or sin, but where are these illnesses today? Are doctors today ill-prepared if they treat demon- or sin-caused illnesses as if they had organic causes?

1. Demons/sin caused disease in the time of Jesus but not today

The Christian might argue that the Bible is accurate and that some diseases were caused by demons and others by sin. However, it doesn’t work that way today, and now all illness has an organic cause.

This, of course, is stated without evidence. The Bible doesn’t say this. The naturalistic explanation, as usual, is sufficient: we have categories labeled Pseudoscience and Mythology for stories like these.

This is what faith healers like Benny Hinn would tell us. I’d be more convinced by his claims if he weren’t taking money from desperate people who have exhausted conventional medicine or if he were magically curing people in hospitals or if he convinced skeptics like James Randi. (A hilarious video game fight between Benny Hinn and the demons is here.)

Christian apologist Greg Koukl has an interesting angle. He said that demon-possessed people today aren’t morally responsible for their crimes (podcast @12:45). You know—the devil made them do it. One wonders what Koukl is doing to get this important correction made to the law. I’ll be particularly interested in seeing how he determines which people are demon possessed.

3. Demons/sin never caused disease, and the gospels are simply the product of a prescientific time

Different New Testament authors handled exorcisms and cures differently. The gospel of John had plenty of miracles but no exorcisms. Paul has no mention of healings; in fact, Paul mentions no Jesus miracles of any sort. Different authors had different agendas, which explains why some made a big deal of healings and some seem not to have known about them.

The Bible Odyssey blog fits Jesus alongside other exorcists of his time, between “the charismatic magicians and the charismatics of a slightly later period, making him the first of the charismatic exorcists.” As with Jesus’s supernatural birth and resurrection from death, Jesus’s exorcisms aren’t unique. Jesus looks like just another figure from mythology.

The Bible says that demons and sin cause disease, but modern medicine has found no category of disease for which faith healings or exorcisms provide cures. The naturalistic explanation works best. There’s no reason to believe that the stories of Jesus’s healing miracles are accurate and every reason to conclude that they’re simply legend.

December 30, 2019
Atheism Fails Because There Is No Ultimate Justice?
Next Post