Christians’ Relative Approach to Reality (2 of 2)

Do Christians have a proprietary avenue to truth? We’re critiquing a Christian presentation of advice on finding Christian truth in three points. We’ve covered the first two points (study scripture and seek wise counsel) in part 1.

3. “Seek the consensus of historic Christianity”

I’m guessing this is a polite way of rejecting Roman Catholicism, the denomination that eclipses in size all the Protestant denominations put together. I imagine that the presenter, Alan Shlemon from Stand to Reason ministry, would say that Catholicism relies on tradition too much, while his flavor of Christianity discards those manmade accretions and gets back to basics: nothing but the Bible.

But this doesn’t help since the Bible itself was manmade. It was written by men, and the canon (list of official books) was selected by men. And we’re back to the problem from point #1 in the previous post, that the Bible is ambiguous. You can make it into a sock puppet to make it say almost anything you want.

What has the Church taught for 2,000 years? If the idea or the claim that I am considering right now is contradicted by 2,000 years of church history, or it is a completely new idea, then it causes me to become suspicious.

“Church history”? Here again is the problem of manmade ideas. If the Roman Catholic Church’s traditions must be rejected because they were made by fallible men, why stop there? Apocalypticism, Gnosticism, Marcionism, mystery religions, and more influenced Christianity in its first couple of centuries, and there’s no reason to imagine that the crazy quilt that came out of that religious Petri dish was divinely guided. Paul documented the confusion: “One of you says, ‘I follow Paul’; another, ‘I follow Apollos’; another, ‘I follow Cephas’; still another, ‘I follow Christ’ ” (1 Corinthians 1:12). In other words, Christianity is what it is today because of fallible men, in more areas than just Catholicism’s tradition.

Shlemon is on thin ice when he wants to go back 2000 years. To take one example of doctrine that wasn’t in the Bible but had to be decided by committee, the doctrine of the Trinity was in a form that we would recognize only after the Council of Constantinople in 381. That was just the second general church council, and there were 21 of them.

When Shlemon says, “Gimme some of that old-time religion,” what he’s really saying is that he doesn’t like this newfangled acceptance of same-sex marriage, abortion, and Christianity losing its hold on the morals of Western society (more).

I wonder what he thinks about other newfangled ideas like making slavery illegal, which, in the United States, happened in 1865. His response might be to argue that American slavery wasn’t the same as biblical slavery. (Wrong. They were pretty much identical, and the Bible gave Southern pastors the stronger argument on the slavery issue.)

We’d know that Christianity was correct if it (alone among all religions and philosophies) was dragging society into a more moral world. It isn’t, and Christianity looks like all the other religions, a conservative institution uninterested in change and trying to hold on to the status quo.

Where would Shlemon have us go? Should modern Christians try to recreate Christianity as practiced in Paul’s churches in the 50s? Paul’s idea of Jesus was very different from the gospels’. Or maybe the version practiced in the first church to use Mark’s gospel in the 70s. Or John’s significantly different gospel in the 90s. Or maybe after the Trinity was added more than two centuries later.

That’s a lot of effort just to justify wagging your finger at the Gays.

We have been divided on a whole bunch of things for hundreds if not thousands of years in some cases. But when it comes to the question of marriage and sex, all of the church, Protestant, Catholic, and even the Orthodox traditions, have been unanimous for 2,000 years.

Unanimous? Then what are these churches I see in the Pride parades? How is it that many Christians are okay with abortion? Bronze Age morality—genocide, slavery, ownership of women, rules against homosexuality, and more—has no place within modern society, and millions of Christians understand this. The 10 constitutional amendments in the Bill of Rights are much more valuable to American society today than the 10 Commandments.

The three rules in this lecture—study scripture, seek wise counsel, and seek the consensus of historic Christianity—claim to be able to reliably and honestly sift “biblical from bogus,” but they are only useful to solidify your current Christian position, whatever it is. Christians boast about their grasp of objective truth, but take them for a test drive, and these rules are relative just like everyone else’s.

Faith is to believe what you do not see;
the reward of this faith is to see what you believe.
— Augustine 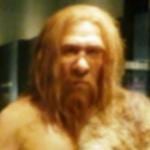