Dating the Gospels: Harder than You Might Think (2 of 2)

Dating the Gospels: Harder than You Might Think (2 of 2) March 9, 2020 Bob Seidensticker 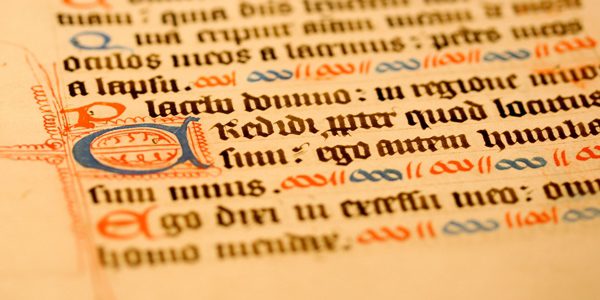 In part 1, we looked at the conservative Christian argument for an early dating of the gospels (using a blog post from Jim Wallace to represent that position). These Christians are eager to minimize the time from events to the chronicling of those events in the gospels. With a little sleight of hand, they can reduce this time gap for the gospel of Mark to about twenty years.

Now let’s turn to the scholarly consensus. Bart Ehrman said, “Scholars debate [whether Mark was written before or after the Jewish War with Rome], but the majority (outside of fundamentalists and very very conservative evangelicals) think the answer is ‘afterward.’” We will explore some of the ideas that support that conclusion.

Maybe the gospel authors did know about the Temple

The gospels show Jesus alluding to the Jewish-Roman War and the destruction of the Temple.

Jesus said [referring to the Temple], “Do you see these great buildings? Not one stone will be left upon another which will not be torn down” (Mark 13:1–2).

When you see Jerusalem surrounded by armies, then recognize that her desolation is near. . . . There will be great distress upon the land and wrath to this people; and they will fall by the edge of the sword, and will be led captive into all the nations; and Jerusalem will be trampled underfoot by the Gentiles until the times of the Gentiles are fulfilled. (Luke 21:20–24)

The Parable of the Great Banquet (Matthew 22:1–14) and the Parable of the Wicked Husbandmen (Mark 12:1–12) tell of a king and a landowner, respectively, who play the role of God. After being treated unfairly, the king/landowner destroys those who wronged him.

Each of these examples sound like they were written from a time when the extent of the destruction was known because it had already happened.

Do you really want to leave a prophecy unfulfilled?

The early daters cling to the idea of an accurate Jesus prophecy, but this falls apart when we analyze it. Consider two options. Option one: Jesus foretold the destruction of the Temple, and the author of Mark knew that this had already happened. This is the scholarly consensus.

With option two, Jesus foretold the destruction of the Temple, but the author of Mark didn’t know this had happened. Wallace picks this option because he can’t imagine the author turning down the chance to brag about it, but it’s not smart to add an unfulfilled prophecy that could look embarrassing in the future.

And why expect that the gospel authors would underscore the obvious? If the Temple had been destroyed a few years earlier, why bother adding, “and, as you know, this indeed happened”? Good writers don’t explain the punch line.

Clues to late dating in the gospels

The gospels themselves argue that the gospels were late. Luke begins, “Many have undertaken to compile an account of the things accomplished among us, just as they were handed down to us by those who from the beginning were eyewitnesses and servants of the word.” The phrase “from the beginning” suggests a good amount of time has passed. And what about the reference to “many” prior accounts? Even with the hypothetical lost gospel of Q, we don’t know of many gospels from the first century. This sounds more like the second century, when “many” would accurately describe the number of gospels.

At the end of Matthew, we read, “So the soldiers took the money and did as they were instructed. And this story has been widely circulated among the Jews to this very day” (Matt. 28:15). Here again, this phrase also suggests a good amount of time has passed.

How close to a date can we get?

Randel Helms in Who Wrote the Gospels? (p. 7–8) makes a compelling argument for a date for Mark.

Mark includes obvious apocalyptic* elements, and the “Little Apocalypse” in Mark 13 refers to the “abomination of desolation” from Daniel. Daniel pretends to be written in the sixth century BCE and prophecies the end of the world in 164 BCE, but, like other apocalyptic books, things are best explained if we imagine it written a few years before the end that it predicts.

Mark puts into the mouth of Jesus a prediction of the war that will be the “birth pains” of the new godly age. This war is one that the author of Mark has just experienced, and he predicts the imminent end this way:

[Jesus said:] But in those days, after that tribulation, the sun will be darkened and the moon will not give its light, and the stars will be falling from heaven. . . . Then they will see the Son of Man coming in clouds with great power and glory. . . . You too, when you see these things happening, recognize that He is near, right at the door. Truly I say to you, this generation will not pass away until all these things take place. (Mark 13:24–30)

If the book of Daniel is the template, Mark would have used its end times dating method. During the last week of years (that is, a seven-year period), the “abomination of desolation” happens halfway through, and then three and a half years later comes the end of this age. The destruction of the Temple in 70 CE would be the abomination of desolation, so the end predicted by Mark—the one with the stars falling to earth—should happen in roughly 74. That places the authorship of Mark between those two dates.

The takeaway here is that there are a handful of indefinite clues for dating the gospels. You’re on solid ground if you say that they could have been written as early as the mid-first century or as late as around 150 when Justin Martyr quotes from the four gospels (though there’s even debate here about whether those quotes had to have come from the gospels). To reduce this range from a century to a decade, all you can manage is an educated guess.

Even giving the apologists their earliest date for the authorship of Mark, that still leaves two decades of oral history, plenty of time for legend to grow.

When he [asked] what separates Hitler from Mother Teresa,
I really wanted to say a mustache.
— Rachal Davidson

*Apocalypticism sees two time periods, the evil one that we’re living in now, and the good one that God will violently usher in any day now. This belief had been an element within Judaism for a couple of centuries by the time of Mark.