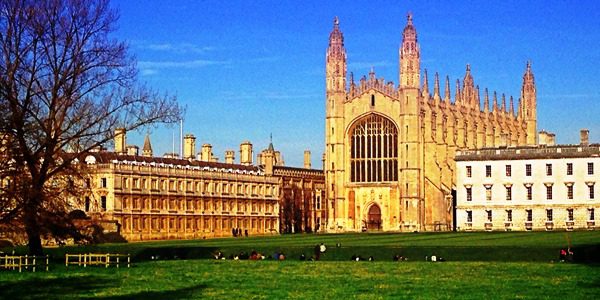 Atheist whiners like me are quick to point out the problems that religion causes within society—crimes become righteous acts when done in the name of God, believers attack the boundary between church and state, a believer who thinks that beliefs can be justified through faith rather than evidence opens their mind to parasitic mental baggage, and so on.

But let’s be fair. Christians will point out that their religion created universities and hospitals. Setting aside the negatives about religion, surely these institutions are a substantial addition to the Christian side of the ledger.

Now consider the pro-social motivations within Christianity versus those within the secular community. British author Malcolm Muggeridge said:

I’ve spent a number of years in India and Africa where I found much righteous endeavour undertaken by Christians of all denominations; but I never, as it happens, came across a hospital or orphanage run by the Fabian Society [a British socialist organization], or a humanist leper colony.

We’ll look at universities in this post and hospitals next time.

Let’s consider the challenge that we have Christianity to thank for creating universities and nurturing them as they developed into the centers of education and research that they are today.

The oldest continuously operating university is the University of Bologna, Italy (1088), followed by universities at Oxford, England (1096), Salamanca, Spain (1134), and Cambridge, England (1209). Though there were institutions of higher learning in other old civilizations such as Greece, Byzantium, China, India, and the Muslim world, Wikipedia’s list excludes them because they are sufficiently different to make comparisons difficult, and evidence suggests that the seed that eventually grew into the modern university was the medieval European version, not similar institutions from other cultures.

Universities at Oxford and Paris began with the disciplines of theology, law, medicine, and the liberal arts. To see their unabashedly Christian environment, though, consider an example from several centuries later.

Cambridge in the time of Newton

The story of Isaac Newton illustrates how dissimilar medieval universities were from modern universities. Both Oxford and Cambridge in the seventeenth century required its fellows to be ordained Anglican priests. Newton was a Christian, but he didn’t accept the Trinity. This made him a heretic, which was no minor matter at that time. Only an exemption granted by the king in 1675 allowed Newton to accept the Lucasian chair at Cambridge without taking holy orders. Demanding that physics professors also be priests highlights the difference with universities today.

Don’t imagine that Christianity was a burden for Newton, however. Though he revolutionized science and has been called history’s greatest physicist (or even scientist), Newton devoted more time on theology than science and wrote more than two million words about religion. His Christian beliefs are proudly cited by many apologists.

What then was the result of all that theological work from such a great mind? Nothing. He might’ve spent that time playing solitaire for what it taught him about reality and the good it did for Humanity.

Christians also point to other important Christian scientists from the Renaissance through the Enlightenment and into the Industrial Revolution, but they can’t show that these scientists’ religious beliefs drove their discoveries in any way. As far as science goes, they were just conforming to their environment (like drinking wine, wearing clothes, or anything else that Europeans at the time did).

106 of the first 108 colleges were started on the Christian faith. By the close of 1860 there were 246 colleges in America. Seventeen of these were state institutions; almost every other one was founded by Christian denominations or by individuals who avowed a religious purpose.

The universities that Christians point to with pride are today guided with a very different principle than this declaration by Rev. Jonathan Dickinson, the first president of Princeton: “Cursed be all that learning that is contrary to the cross of Christ.” Christian universities with a Christian purpose are no gift to humanity, and today’s prestigious universities have turned their back on their original focus of creating clergy.

Changed though modern universities are, we can get a glimpse at the environment in medieval universities by looking at modern Christian colleges. Just like Cambridge in Newton’s day, Biola University demands that each undergraduate student “be a believer in the Christian faith (the applicant’s statement of faith will be articulated in the personal essay section of the application).” The PhD application for one discipline at Liberty University asks for church membership, an essay documenting the applicant’s “personal salvation experience,” and agreement with the school’s doctrinal statement. These universities aren’t interested in honest inquiry if they must create a safe space that protects their pre-determined conclusions.

Let every Student be plainly instructed, and earnestly pressed to consider well, the maine end of his life and studies is, to know God and Jesus Christ which is eternal life (John 17:3) and therefore to lay Christ in the bottome, as the only foundation of all sound knowledge and Learning. And seeing the Lord only giveth wisedome, Let every one seriously set himself by prayer in secret to seeke it of him (Prov. 2:3).

Continue with a discussion of Christianity’s role in creating hospitals here.

But since the devil’s bride, Reason, that pretty whore,
comes in and thinks she’s wise,
and what she says, what she thinks, is from the Holy Spirit,
who can help us, then?
Not judges, not doctors, no king or emperor,
because [reason] is the Devil’s greatest whore.
— Martin Luther

April 22, 2020 Yeah, but Christianity Built Hospitals!
Recent Comments
0 | Leave a Comment
Browse Our Archives
get the latest updates from
Cross Examined
and the Patheos
Nonreligious
Channel
POPULAR AT PATHEOS Nonreligious
1