Christians Reveal! How to Defeat Christianity

Christians Reveal! How to Defeat Christianity May 13, 2020 Bob Seidensticker 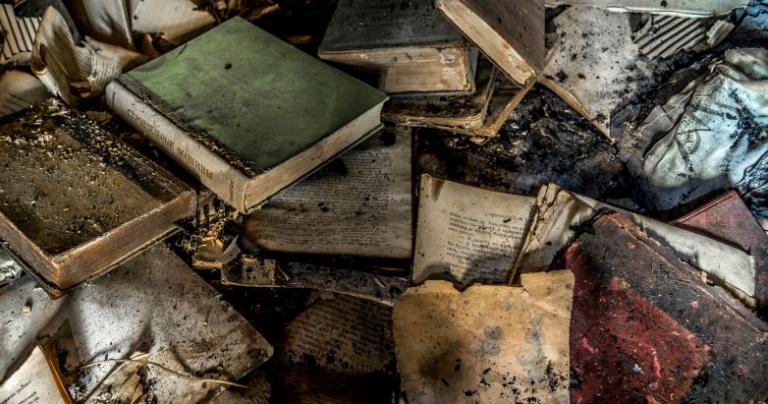 Christian apologist Greg Koukl recently wrote an article with a provocative title: “This One Thing Could Destroy Christianity Completely…” (4/1/2020). Who doesn’t want to know what he’s thinking about?

I’ll get to the argument in a moment. First let’s recall another argument that has an interesting similarity, C.S. Lewis’s “Liar, Lunatic, or Lord.” In brief, Lewis takes the gospel story and demands to know what could explain Jesus’s claims of divinity. Jesus could be a liar (he’s wrong and he knows it), or he could be a lunatic (he’s wrong but doesn’t know it). Lewis rejects those two and so, by process of elimination, Jesus must be right, so he’s the Lord! (I respond here and here.)

Someone hearing Lewis’s argument for the first time who’s even just a bit skeptical will probably think of a fourth possibility, that Jesus in the gospels is legend. This very reasonable, natural option screams out as the best explanation, and yet apologists will carefully run through the standard three options, concluding with Lord with what I can only imagine are crossed arms and a smile, and ignoring the elephantine Legend in the room. Do they never think of it? Do they know this option but hope their audience is too unsophisticated to raise it? We’ll be left with a similar puzzle at the end of Koukl’s example.

Let’s return to Koukl’s article. This Achilles’ heel of Christianity is spelled out in the verse from Paul that says that if Jesus was not raised, “we [Christians] are of all people most to be pitied” (1 Corinthians 15:19).

So if we overturn the idea of the Resurrection as a real historical event, Christianity falls. Koukl says,

Let’s accept that challenge and attack the Resurrection. Helpfully, Koukl gives three “facts” that argue for the Resurrection as a historical event. Let’s see how factual they actually are.

0. What evidence would prove a resurrection?

Koukl wants to establish the ground rules first. To prove a resurrection, he says, you’d need to show that (1) someone was dead and then (2) later alive. With that, you could claim a resurrection.

But read the gospels carefully, and you don’t find that! Matthew and Mark make clear that no men witnessed the death, so they don’t satisfy the first requirement. It’s true that women disciples saw Jesus dead, but conservative scholars like Koukl emphasize that women at that time were unreliable witnesses. (They do this to defend their argument that women finding the empty tomb was surprising and therefore historically accurate. I respond to that here.)

Apologists can clumsily salvage their argument by pointing out that Luke and John don’t have this problem. With these gospels, the male disciples stay to witness the death. But by pointing this out, they’ve created a new problem, that the Bible is contradictory and therefore unreliable.

The three facts that establish the Resurrection as historical

Here are the three claimed facts: Jesus was dead and buried, the tomb was empty, and the disciples were transformed. To emphasize how unremarkable these claims are, Koukl says:

Each piece of evidence is about something completely earthly. Nothing supernatural, only natural—a corpse, an empty tomb, and apparent personal encounters of some sort changing doubters into believers.

That’s true, these are all natural claims. But he will try to use three natural claims to conclude that Jesus rose from the dead, an incredible supernatural event. Something doesn’t seem right about that.

Let’s take a step back and abstract Koukl’s argument. The gospel account is compelling enough that he thinks nonbelievers should use it to conclude that the supernatural exists. But that’s a lot to expect of mere words on paper, that it would force on the reader a complete worldview change.

To show that he’s being fair and not privileging the gospel story, I want Koukl to give another example of words on paper that would convince open-minded people to change their worldview. Call it Story X. If Koukl thinks that the gospel story should convince us, he must first show us that Story X is so compelling that it convinces him. That’s right—Koukl needs to show us that it’s possible for an all-natural set of words on paper to convince a thoughtful person by first being sufficiently convinced himself to radically change his own worldview away from Christianity.

This challenge is impossible for him to meet because he begins with the assumption that the gospels are unique. He won’t grant that any other document has the worldview-changing power of the gospels, but with this he reveals his bias: you should believe his document (and only his document) just because. Sorry, that’s not an honest discussion.

With that his entire project fails, but let’s continue and examine the three supposed facts.

1. Jesus was dead and buried

As I noted above, half the gospels don’t meet the resurrection-witness requirement Koukl himself defined: first seeing Jesus dead and then seeing him alive. According to Matthew, at Jesus’s arrest, “all the disciples deserted him and fled” (Matthew 26:56b).

But Koukl ignores this. To argue the first part of the miracle, that Jesus was dead, he steps through the torture, crucifixion, and burial. He wraps up:

So, based on the record, is it reasonable to conclude Jesus survived that ordeal?

Based on what record? The record that says that Jesus didn’t survive that ordeal??

There’s another problem. In his description of the burial, Koukl mentioned the application of spices by Joseph of Arimathea and Nicodemus and the wrapping of the body with strips of linen. This comes from John. But both points conflict with claims that the famous fourteenth-century Shroud of Turin is the burial cloth of Jesus in that (1) the image on that shroud doesn’t show the enormous quantity of spices, and (2) the Shroud is a single large rectangle rather than strips (which was the Jewish custom  according to John 19:40b). This argument contradicts Koukl’s belief that the Shroud is authentic (podcast @22:00).

Conclude with a response to the final two arguments, the tomb was empty and the disciples were transformed: Part 2.

If prayer worked,
911 would connect you to a church.
— seen on the internet

May 15, 2020 Christians Reveal! How to Defeat Christianity (2 of 2)
Recent Comments
0 | Leave a Comment
Browse Our Archives
get the latest updates from
Cross Examined
and the Patheos
Nonreligious
Channel
POPULAR AT PATHEOS Nonreligious
1