Six Christian Principles Used to Give the Bible a Pass

Six Christian Principles Used to Give the Bible a Pass May 6, 2020 Bob Seidensticker 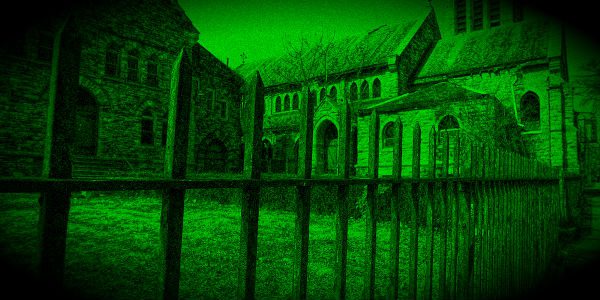 In Christians’ Damning Refuge in “Difficult Verses,” we looked at a Christian response to the well-known Dawkins Quote (“The God of the Old Testament is arguably the most unpleasant character in all fiction . . .”). This response tried to distinguish between “clear” and “hard” passages in the Bible. But is the problem that some verses are unclear or that they’re actually unpleasant, with clear/hard simply a misdirection to justify ignoring verses where God’s barbaric behavior is on display?

Christians will tell me to look without bias at what the Bible says and I’ll do my best, but I have no patience for when they don’t follow their own rules. Or when their own rules demand that they be biased.

Principle #1: The Bible is always right

This is from the New International Encyclopedia of Bible Difficulties (at least they admit that it takes an entire encyclopedia to document all the Bible difficulties).

Be fully persuaded in your own mind that an adequate explanation exists, even though you have not yet found it.

Nope. If you want respect for your holy book, you can earn it. I won’t just give it to you.

I’ll critique five additional Christian recommendations for how to interpret the Bible that are arguably more reasonable. We’ll start with an elaboration of the one we’ve just seen, “take the clearer passages to interpret the harder passages.”

Two of my sources are “How to Interpret the Bible” and “Ten principles when considering alleged Bible contradictions.” From this point forward, I’ll abbreviate these as HIB and 10P. (I’ve responded to 10P in depth here.)

Or, as HIB puts it, “The Clear Must Interpret the Unclear”:

Murky passages can often be clarified by other scriptures which address the particular topic in a more straightforward way. For example, a very specific interpretation of the highly symbolic visions of John’s apocalypse [that is, the book of Revelation], may never “trump” the clear teachings of Paul’s epistles, which are more didactic and less symbolic, and hence clearer.

Here’s another way to see that clear/unclear simply means pleasing/displeasing. When someone says that verse A is clear and B unclear (so we should focus on verse A, ignore verse B, and pretend we didn’t notice any contradiction), ask why that’s the order. Why isn’t B the clear one? For example, Paul says, “[All I’ve been saying is] that the Messiah would suffer and, as the first to rise from the dead, would bring the message of light to his own people and to the Gentiles” (Acts 26:23). But this is contradicted by (1) the zombies that came out of their graves on the death of Jesus (Matthew 27:52), who were actually the first to rise from the dead, and (2) the gospels themselves, which say that Jesus had a long ministry before his resurrection, not after as Paul says it. Why do the gospels trump Paul?

Or take the duration of Jesus’s time on earth after the resurrection. Why is it popularly seen as forty days (Acts 1:3)? Why not one day (Luke 24:51)?

Here’s another example. Harold Camping famously made a fool of himself when he predicted the Rapture on May 21, 2011. The first lesson from the Camping fiasco is that testability is not the prophet’s friend. If you’re going to predict something, make it vague to give you plausible deniability after your inevitable failure. (John Hagee didn’t get the message when he said in 2013, “The coming four blood moons points to a world-shaking event that will happen between April 2014 and October 2015.” Whoops—wrong again.)

But the second lesson is that the Bible is a sock puppet that can say almost anything you want. For example, Christian apologists, embarrassed by Camping’s date for the Last Days®, quoted Paul speaking about the end: “The day of the Lord will come like a thief in the night. . . . Destruction will come on them suddenly, as labor pains on a pregnant woman” (1 Thessalonians 5:2–3). That is, the end must be a surprise, and Camping couldn’t have correctly calculated the date of the Rapture.

Camping trumped that by quoting the very next verse: “But you, brothers and sisters, are not in darkness so that this day should surprise you like a thief.” That is, the chosen won’t be surprised by the end.

The lack of biblical clarity and the inadequacy of Principle #2 are made particularly clear by Christianity’s 45,000 denominations (and counting). If the Bible were the clear message from an omniscient Creator, there would be just one message. Christians should stop granting themselves license to harmonize conflicting passages and realize that the Bible is simply a collection of manmade books that, being written by different people at different times, align imperfectly.

You give me the awful impression,
I hate to have to say it,
of someone who hasn’t read
any of the arguments against your position ever.
— Christopher Hitchens