BSR 21: Earth Is Insignificant in a Huge Hostile Universe 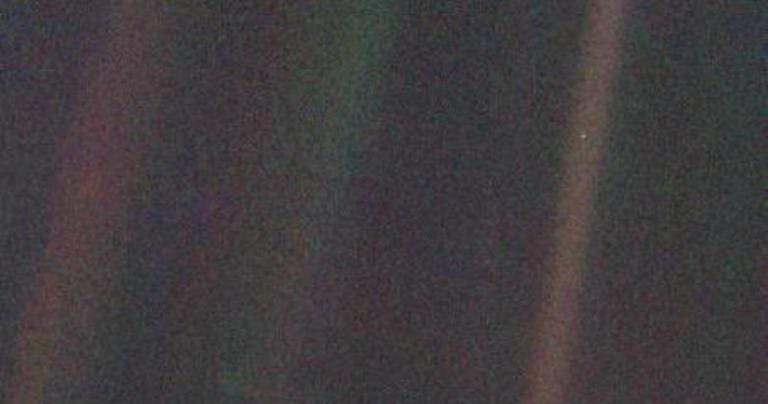 Summary of reply: the Argument from Incredulity fails, “Life is so improbable!” fails since we don’t even understand life here on Earth, intelligent design is unnecessary to explain anything, and our inconceivably vast universe looks like nothing an actual god would create as an incubator for human life.

Challenge to the Christian: Earth is just a pale blue dot in a huge hostile universe. Why would God create all that extra wasted universe?

Christian response #1: The odds of a life-supporting planet like Earth is more than just statistically improbable. It’s miraculous.

This is the Argument from Incredulity—“I can’t imagine how this could have happened naturally, so it must’ve been God!” If you don’t know how something works, that doesn’t mean that you do know and it was God.

We don’t even understand life on the one planet where we know life exists. Biologists keep uncovering new species in surprising places thought inhospitable to life. Worms have been found miles deep in rock, in glaciers, and in hot, cold, or frozen places at the bottom of oceans. Not only is extraterrestrial life possible in the universe, it might exist in our own solar system. Maybe on Enceladus, one of Saturn’s moons. Maybe on Europa, one of Jupiter’s moons. The difficulty for life beyond Earth may not be inhospitable conditions but our constrained imaginations.

Let’s turn to the idea of Earth as a “pale blue dot.” That metaphor came from astronomer Carl Sagan, who suggested that the Voyager 1 spacecraft turn its camera back to where it came from to take a photo of Earth (see that 1990 photo above). The Earth is less than a pixel in size, the bright dot in the right of the image. Some of Sagan’s poetic summary of our tiny home in a vast and inhospitable universe is in the quote at the end of this post. “Every saint and sinner in the history of our species lived there—on a mote of dust suspended in a sunbeam.”

We don’t even understand life here on Earth, so it’s premature to say that it’s all so complicated that God must’ve done it. It’s even possible that we have extraterrestrial life in our own solar system. [Click to tweet]

Christian response #2: Imagine coming across a message in English on a rock. Would you dismiss it as just one more rock, as a curious natural happenstance? Of course not. We know intelligence when we see it.

BSR: No one would explain a clear, detailed English message as a curious natural event when we have millions of English messages as precedents. We know about such messages, and we know where they come from. Any of us would put this rock with its English message into the bin “Messages written by humans,” not “odd natural marks on rocks.”

We occasionally experience pareidolia where we see a face in a cloud or an image of Mary in a grilled cheese sandwich. But detailed English messages still look manmade, and the occasional curious rock still looks natural. Pareidolia in effect means “weird thing that looks intelligent but is just natural.”

Christian response #3: Suppose you make a single cupcake completely from scratch—you plant the wheat and grind the flour, you milk the cow and make the butter, and so on. Then someone criticizes the cupcake because of the enormous waste and effort to make one tiny beautiful thing. Does that deny the existence of the baker?

BSR: We know about cupcakes and bakers. We all accept the countless precedents of bakers baking. Contrast that with zero supernatural claims we can all agree with.

But look at the universe—it’s about as far from that perfect human world as it is possible to be. It has 200 billion galaxies, each holding 200 billion stars. The universe has existed 7 million times longer than Christianity, and the mass of the universe is 27 orders of magnitude (powers of ten) greater than the Earth. Look to the heavens and wonder about mankind’s place, and you’ll see the wasteful work of nature, not the precise and efficient hand of God.

Imagine being dropped onto some random spot on the Earth without technology—no shelter or clothes, no food or water. Maybe you’ll wind up in a jungle in central Africa or on tundra in Siberia. More than likely it would be in the ocean. Even worse, imagine being dropped into some random spot in the universe. Does the universe look like God’s Petri dish for his most precious creation?

If Earth is God’s Petri dish for humans, he could’ve done it with zero waste. A universe with 200 billion galaxies and one dust speck with humans is the opposite of what a god would’ve done. [Click to tweet]

Continue with BSR 22: There Is No Evidence for God’s Existence

[Look at] that dot. That’s here. That’s home. That’s us.
On it everyone you love, everyone you know,
everyone you ever heard of,
every human being who ever was, lived out their lives. . . .
Every hero and coward, every creator and destroyer of civilization,
every king and peasant, every young couple in love,
every mother and father, hopeful child,
inventor and explorer, every teacher of morals . . .
every saint and sinner in the history of our species lived there—
on a mote of dust suspended in a sunbeam.
— Carl Sagan

June 13, 2020 BSR 22: There Is No Evidence for God’s Existence
Recent Comments
0 | Leave a Comment
Browse Our Archives
get the latest from
Cross Examined
Sign up for our newsletter
POPULAR AT PATHEOS Nonreligious
1