How Useful is the Bacterial Flagellum for the Creationist?

How Useful is the Bacterial Flagellum for the Creationist? July 27, 2020 Bob Seidensticker

How do we distinguish things that are here solely due to the action of natural laws from those designed by an intelligence? Christian apologist Jim Wallace has created a checklist for this purpose (the list is summarized in part 1 of this series and critiqued in part 2).

We left off considering the final test, irreducible complexity. Something is irreducibly complex if every component is essential. In other words, if the thing will break if you remove any piece. He proposes the bacterial flagellum motor (a motor made of protein that spins a long thin tail in some bacteria) as irreducibly complex. The idea is that if removing any piece of this motor resulted in a broken motor, none of these configurations could be a prior step for the evolution of the motor.

Intelligent Design advocate Michael Behe said about this situation, “[The argument against flagella coming from evolution] is that such interactive systems resist explanation by the tiny steps that a Darwinian path would be expected to take.”

But perhaps there are more precursors than he imagines.

Here’s an analogy. Imagine that I have a stone wall with a doorway, and I build a stone arch over the doorway. The arch is composed of ten voussoirs (the wedge-shaped stones), five on each side, with a keystone in the center at the top.

I show you the finished arch and ask you to guess how I built it. You think that maybe the keystone was the final piece installed. But, no, that’s not possible, because you know that I built it solo, and the remaining ten voussoirs would’ve been too heavy for me to hold in place as I dropped in the keystone. You mentally consider each of the other stones as the final one, but similar reasoning rules them out. You finally declare that all the stones must’ve been levitated into place.

Luckily, I recorded the project, and I play the video backwards. First you see the final arch, and then you see the last piece of scaffolding being put in place. Then the rest of the scaffolding installed so that it supported the stones, then the stones taken down one by one (keystone first), and then the scaffolding taken down until we’re back to the original stone wall with a doorway. In other words, the precursor to the finished arch was the finished arch with some random piece of scaffolding. It could’ve been any of a number of uninteresting pieces at the base of the scaffolding, far from the arch itself.

Returning to the flagellum, the precursor state to the working motor could’ve been the working motor with a random, unused protein that neither got in the way nor contributed anything. So, no, irreducible complexity is no problem for evolution because scaffolding could’ve transitioned the motor from something prior.

The checklist is finally used on what it was designed for

Wallace has been working up to this: testing the bacterial flagellum motor against his eight-test checklist.

For this list, I’ll give the title in italics and the argument for the motor in ordinary text, [and my comments will be in brackets]. Wallace thinks that each test in the checklist argues that the motor is designed.

1a. Unlikely from chance. “Chance alone seems an unlikely explanation” for the flagellum.

[Right—the flagellum was the result of evolution, and evolution is a lot more than chance.]

1b. Unexplainable naturally. “The limited laws of physics and chemistry might explain simpler relationships between molecules, but they fail to account for the complexity and purposeful relationships we see in molecular machines like the flagellum.”

[Or not. Biologists are satisfied that evolution is our best explanation. Evolution does the hard work of actually explaining things. Intelligent Design doesn’t explain anything with “It came from some intelligence” but simply invites more questions.

2. Similar to known designed objects. “The bacterial flagellum we’ve been describing bears a striking resemblance to the rotary motors created by intelligent designers.”

[Somewhat. The flagellar motor is similar to manmade motors in function only. They’re very different in design. The flagellar motor uses a flow of protons (not electricity), is made of proteins (not metal), and uses no magnets or metal wires. Though scientists now understand this motor, there is no motivation to switch our electrical infrastructure to a superior design.

[And why the fascination with motors? We’ve known for centuries that the heart is a pump, and arteries and veins are pipes. Why, aside from a lack of novelty, is this comparison not just as compelling? Or the brain as a computer, with the nerves as wires. Or the stomach and intestines as a chemical factory. In fact, a century ago, when the chemical industry was young, this last comparison was made in a drawing. The human digestive system modeled as a chemical factory seems a mundane observation today, and perhaps in a century the flagellar motor will also seem ordinary.]

3. Sophisticated and intricate. “The intricacy and interactive complexity of a flagellum is mind boggling. Over forty different specifically shaped proteins are precisely employed to create the structure of the rotary motor.”

[And this is just within bacteria. Within archaea, a separate domain from bacteria, flagella exist, but these are thought to be the result of convergent evolution. That is, bacteria and archaea evolved flagella independently. Eukaryotes, the domain of animals, use flagella designs that are also quite different.

[Wallace understands that there is no single design, but it’s important that we’re all on the same page about this important point. This shows that there is a lot more flexibility here than one might imagine.]

[And yet when scientists look at DNA, they don’t conclude that it came from a cosmic Designer.]

5a. Goal directed. “The flagellum [was] crafted in an intentional, purposeful sequence.” The pieces of the motor are built and installed in a particular, specific order.

[A wing was built for flying and yet it was neither designed nor built stepwise over millions of years with flying as an ultimate goal. And don’t think “built for” means design—once gliding or flying was something that proto-wings could usefully do (even if only clumsily), natural selection could use “serves the purpose of flying” as a selection criterion.]

5b. A choice between alternatives. “The specific use of one kind of motor in a cellular organism, rather than another, is best explained by intelligent selection.”

[Nope. Natural selection is sufficient, and it doesn’t have the unevidenced baggage of a mysterious Designer.]

6. Irreducibly complex. Intelligent Design advocate Michael Behe again: “Design is positively apprehended in the purposeful arrangement of parts. Looked at this way, irreducible complex systems such as flagella serve both as negative arguments against gradualistic explanation like Darwin’s and as positive arguments for design.”

[The arch example above shows that the previous evolutionary state of the motor doesn’t have to have one fewer parts. You could call it irreducibly complex, but that doesn’t mean it couldn’t have come from evolution.]

He gives the flagellum a score of 8 out of 8.

I give it 5 out of 8, and some of those need qualifiers:

No, the flagellum doesn’t look designed, but I’ll tell you what does: this list. It seems to me that a Christian apologist looked at the flagellum, listed its interesting characteristics, and made a list from that. It’s no wonder that Wallace scores it 8 out of 8; since that was by design.

Note that I’m simply using the list as given. In previous posts, I’ve pointed out that this checklist of 8 tests needs some work. To be reliable and free from charges of bias, it must come from an unbiased source, be objective (so that anyone would come to a similar conclusion), and be tested with many examples of designed and natural things.

Why focus on the flagellum?

The reason the flagellar motor is so attractive is that by focusing on a single fascinating element, it ignores the rest of nature. But in so doing, it highlights the parts of reality that don’t look particularly designed.

This was the problem in William Paley’s 1802 pocket watch argument. He imagined walking on a path and contrasting finding a stone in the path with finding a pocket watch. The watch stands out, especially when he opens it and sees the intricate mechanism. This complicated mechanism was clearly designed, and by analogy, so was all of nature.

And that is the problem with highlighting the flagellar motor. Why highlight anything? Does nature look designed or not? If the motor does stand out, then what it stands out from—the vestigial pelvis in a whale that doesn’t have legs, say, or cancer—should presumably be in a different bin.

This is just the Argument from Incredulity (“Golly, but look how marvelously complex this thing is! That’s gotta be the hand of God.”).

We shouldn’t be looking for complexity from an omniscient Designer. What we should expect is elegance.

Continue with Test Yourself: Sifting Natural from Designed Is Harder than You Might Think

Professor Behe’s claim for irreducible complexity
has been refuted in peer-reviewed research papers
and has been rejected by the scientific community at large. — from the ruling of the 2005 Kitzmiller v. Dover trial

Acknowledgements: thanks to the commenters who have added to the discussion and helped me understand the issues better. In particular, the insights and links of Ann Kah, WCB-2, and Jim Jones have been helpful. 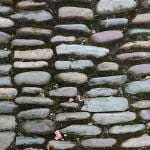 August 1, 2020 Test Yourself: Sifting Natural from Designed Is Harder than You Might Think
Recent Comments
0 | Leave a Comment
"That’s trolling.It's a skl sock puppet, what did you expect?"
epeeist Bad Atheist Arguments: “Science Can Explain ..."
"I agree that non-being doesn't have any properties.Two things here, firstly ex nihilo nihil fit ..."
epeeist The Kalam Argument: infinite regress and ..."
"Whatever. We’re still waiting for the theists to prove the existence of a god, any ..."
Silverwolf13 Bad Atheist Arguments: a little more ..."
"I'm saying that if there was no pre-existing stuff (material cause) or causal agent (efficient ..."
epeeist The Kalam Argument: infinite regress and ..."
Browse Our Archives
get the latest from
Cross Examined
Sign up for our newsletter
POPULAR AT PATHEOS Nonreligious
1