How Good Was Jesus if He Didn’t Eliminate Slavery?

How Good Was Jesus if He Didn’t Eliminate Slavery? September 16, 2020 Bob Seidensticker 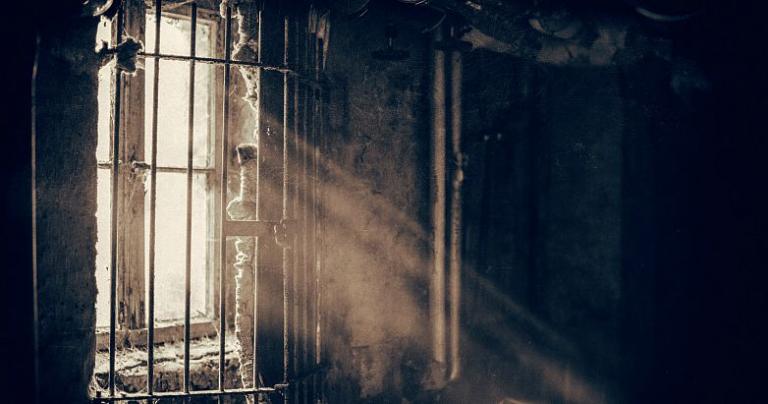 Tom Gilson is an apologist and editor with the conservative Christian website The Stream. Lately, he’s been flogging his new book, Too Good to be False, which appears to be a book-length treatment of an article to which I responded six years ago. (That article in brief: when you compare Jesus to other great figures in history and fiction, Jesus is so powerful and so good that he stands alone and so must be real. Or something.)

Gilson says he’s gotten pushback to his thesis. What about slavery? If Jesus was so great, how could he have left slavery untouched to hobble humanity for 2000 years?

He responded to that challenge with a recent article, “Christianity and Slavery: Does It Mean Jesus Isn’t Good After All?” Let’s take a look. Does Jesus actually take a strong anti-slavery position?

If you’re still with me and want to know why, let’s consider Gilson’s argument point by point. Remember that the atheist challenge was that Jesus never condemned slavery, so we’re looking in his rebuttals for examples where Jesus demanded that every slave be set free and the institution of slavery to be permanently discarded. I assume that the King of Kings and Light of the World would’ve been able to clearly convey this simple message.

Jesus proclaimed freedom for prisoners. More broadly, he came “to lead a revolution of the human heart.”

(Sentences in italics are supporting points from Gilson’s argument.)

In this first point, Gilson is quoting Luke 4:18, where Jesus reads from Isaiah 61:1–2. Through these verses, Jesus proclaimed good news to the poor, support for the brokenhearted, freedom for captives and prisoners, and sight for the blind.

Where’s the rejection of slavery? “Captives” suggests people taken captive during battle, and “prisoners” suggests criminals in prison. There are several words for slave in Hebrew (remember we’re talking about Isaiah, which was written in Hebrew), but none are used here. If overturning slavery was what Jesus meant, he would’ve stated that plainly, he wouldn’t have diluted the message by mixed it with other promises, and he would’ve made clear that this wasn’t just a day of amnesty but a society-wide, perpetual rejection of the institution of slavery.

As for Jesus’s goal on earth being to lead a “revolution of the human heart,” I wonder why we don’t see that throughout the Bible. There’s a lot of godly violence in the Old Testament that must be explain away, so the heart he should start with is Yahweh’s.

What does this have to do with slavery? All I can imagine is that this is supposed to be a credit on the nice side of Jesus’s moral balance. (And don’t get me started on how the crucifixion and resurrection make no sense.)

As far as we read in the Bible, slavery wasn’t a moral problem to wrestle with. Sure, it was bad when the Israelites were captive in Egypt (for which there is scant evidence), but it’s not like they left Egypt fired up to eliminate that hated institution from the world. In fact, they began enslaving people as soon as they returned to Palestine (see Joshua 9:22–3). The Bible message is that slavery is only bad when it’s done to you.

3. “[Jesus] taught the Golden Rule, which necessarily leads to the end of slavery”

Here’s the verse with the Golden Rule:

So in everything, do to others what you would have them do to you, for this sums up the Law and the Prophets (Matthew 7:12).

No, this doesn’t “necessarily [lead] to the end of slavery.” This claim is ridiculous since slavery obviously didn’t end in Jesus’s time or in the time of his disciples. It continues today, and slavery worldwide in absolute numbers is the highest it’s ever been. Roughly 40 million people are slaves of some sort right now.

Yet again, if Jesus had something to say about ending slavery, he would’ve unambiguously done so.

4. “[Jesus] condemned greed and self-centeredness, the root of the enslaving spirit”

How hard is this?! Show me where Jesus (or God) says, “Yea, thou shalt not make a slave of any person, neither Jew nor Gentile, for it is an abomination.” If Jesus didn’t say this or anything equivalent, admit that he didn’t condemn slavery.

Gilson is in a tough spot. He knows that slavery is wrong, and yet neither God nor Jesus reject slavery. He must shoehorn that into the 2000-year-old Jesus story, but by doing so he’s turned Jesus into a sock puppet, speaking the lines that Gilson feeds him. Jesus has become a slave to a message that’s plainly not in the Bible.

If you’re going to credit Christianity
for helping to end slavery in the New World,
you’ve also got to admit
it was instrumental in establishing it there as well.
— commenter Dys

September 14, 2020
Does the Bible Prescribe an Abortion Potion? Surprisingly, I’ve Changed My Mind. (2 of 2)
Next Post