Let’s conclude our look at the perplexing idea that Jesus would want you to die for him or at least be willing to (part 1). This idea comes from “Dying for Jesus” by David Mills.

There’s an important symmetry. (Or is there?)

I’m groping for the logic here. Maybe . . . Jesus was willing to die for you, so you should be willing to reciprocate? That might work if you and Jesus were in the same infantry unit. You’d risk your life to protect your buddies, and you’d expect them to do the same. But how does that make sense when Jesus is invulnerable? If you’re in the same platoon as Superman, what you’d never think is, “He’d risk his life for me, so I’ll do the same for him.”

If I sacrificed my life for Jesus, I’d be dead. When Jesus “sacrificed” for me, he wasn’t really dead, since he popped back to life in a day and a half. (More on how Jesus’s crucifixion doesn’t make sense here.)

Where is this die-for-each-other symmetry in the Bible? The closest I can find is Paul encouraging Christians to “[offer] your bodies as a living sacrifice” (Romans 12:1), but this is a basically a call to dedicate one’s life to God. That’s quite different from dying.

You’ve probably heard the mindless Christian aphorism, “God never gives you more than you can handle.” The idea is that if you ever reach your limit of anguish, God will ensure that conditions don’t get worse, but there’s no evidence for this. It’s wishful thinking. Christians die painful, tragic deaths just like anyone else. Ask the people who commit suicide if they’ve been given more than they can handle.

Dying for Jesus makes so little sense that I wonder if they’re imagining themselves in the role of Isaac, making this just a perverse loyalty test. An angel will zoom down at the last minute, right? But this turns Jesus into Jim Jones. Close to a thousand followers in Jones’ crazy jungle cult were occasionally forced awake in the middle of the night and ordered to drink what they were told was poison. After 45 minutes, they were told that it wasn’t, that it had been a loyalty test, and they were sent back to bed. This training disciplined them to accept suicide when the time eventually came. How can this be any parallel to the religion of a loving god? Is Christian judgment this distorted?

This is persecution porn. Christians in the U.S. are so persecuted, amirite brother? One of the comments to Mills’ article quoted early church father Tertullian: “The blood of martyrs is the seed of the church.” For Tertullian, martyrdom was a thing. It’s not for Christians in America today, but if they want to imagine how tough it is for Christians today, they can do so without much consequence. We live in a society with airbags that coddles Christians, allowing them their fantasy. Christians can be like the person who thinks that sitcoms are real or that food comes from the back of the grocery store.

Been asked to die for Jesus lately?

Christians today aren’t asked to die for Jesus, but no thanks are due Jesus. Church-state separation is why Christians of the wrong denomination (or indeed anyone with any worldview) aren’t tortured to death in the West today.

Remember Edmund Campion from part 1. He returned to England as a Catholic priest in 1580 and conducted services in secret, which was very illegal in Elizabethan times. He was captured, convicted of sedition, and executed slowly. With church-state separation in England, Campion the martyr would’ve been Campion the footnote of history.

The lesson of Campion’s story isn’t “What marvelous devotion to the Lord!” or “That’s why you should be Catholic and not Anglican.” No, the lesson is that free speech shouldn’t be a capital crime. Anyone moved by Campion’s story should ensure it doesn’t happen again by working to keep church and state separate. In the U.S., that protection comes from the First Amendment to the Constitution. If you want to declare yourself for Jesus in the presence of men (see Matthew 10:32–3), you’re welcome to. Thanks, First Amendment.

Let’s be clear on the hero in this story. It’s not Jesus. Jesus didn’t swoop in to save Campion. The hero is secular government. In a secular society, non-believers as well as believers of all kinds are allowed to think and believe as they choose.

Note also that this gives no evidence for the correctness of the claims of Christianity. There’s not even a claim that Campion received any special revelation or confirmation to provide some sort of comfort that he’d backed the right horse. The opposite is true, because this was a missed opportunity for Jesus. He not only failed to tell English society the correct resolution of the Campion matter, he didn’t bother to step in to resolve the other Christian conflicts—the Thirty Years War, the Crusades in the Middle East, the Albigensian Crusade in France, the Inquisition, and so on.

We have one way of knowing (as much as we can) if we would go all the way to death in serving Jesus. . . .

[Campion] practiced being faithful, in little things and big things. He grew both in his love for his Lord and his ability to say no to the world. When the persecutors threatened to kill him, he loved Jesus too much and was too well-trained to give in.

It’s true that Christians killed other Christians by the millions in the not-so-distant past, but that’s where Mills’ thinking is stuck. Don’t celebrate Edmund Campion dealing with an inhuman situation brought about by religion. Rather, celebrate modern secular democracies that make that situation inconceivable.

Common sense is not a gift, it’s a punishment.
Because you have to deal with everyone who doesn’t have it.
— George Bernard Shaw 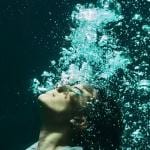 November 16, 2020 Fat Chance: Pigs Will Fly Before Ray Comfort Writes an Honest Critique of Atheists
Recent Comments
0 | Leave a Comment
Browse Our Archives
get the latest from
Cross Examined
Sign up for our newsletter
POPULAR AT PATHEOS Nonreligious
1