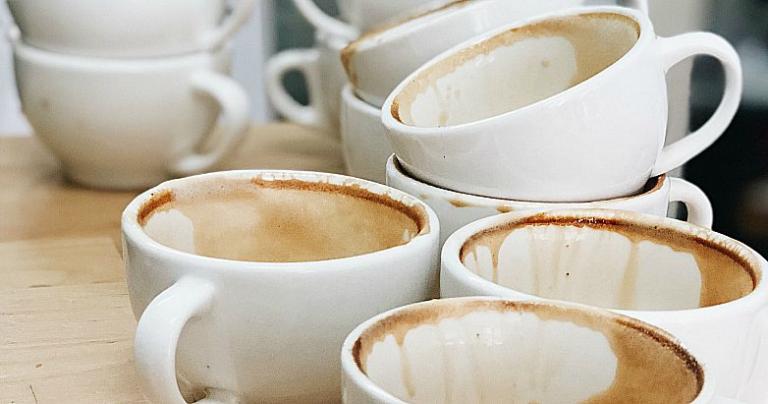 “Atheism’s Empty Soul” is a recent article from Alan Shlemon of the Stand to Reason ministry. Shlemon tries to slap some sense into those hard-hearted atheists by showing the inevitable, grave consequences of their worldview. Shlemon informs us that the atheist worldview, seen correctly, is nihilism, the view that life is meaningless.

Something always seems to be off when someone tells me that I haven’t assembled the components of my worldview correctly, but that they’re happy to educate me about how that would look. Let’s see how this critique goes.

Atheists don’t have a livable worldview. I don’t say that to gloat. Several atheists who have been candid with me have told me life is ultimately empty and devoid of meaning.

Oops—three sentences in, and we grind to a halt. Atheists, does “empty and devoid of meaning” sound like your life?

The key word here is “ultimately,” and, yes, an atheist’s life has no ultimate, cosmic, eternal, or objective meaning. But does the Christian’s? They claim their lives have ultimate meaning, of course, but they need to show their work. Otherwise, this is merely evidence-less dogma. Atheists have access to the ordinary kind of purpose and meaning for their lives as much as anyone.

If it sounds arrogant for person A to tell person B how the B worldview doesn’t hold up, we turn to an unlikely ally. Greg Koukl, also of Stand to Reason, made that very point. In a podcast, Koukl said,

It’s always a mistake to critique another worldview from inside your own. (@4:50)

He says it’s fine to criticize a worldview by showing that it’s incoherent or contradictory internally, and I would add that it’s fine to show where a worldview collides with the facts of reality. The problem is one worldview critiquing another. Koukl illustrated his point with an example from a debate between atheist Christopher Hitchens and Christian Jay Richards.

Hitchens said, “Do you believe in the resurrection?” When Richards assented, Hitchens then said to the audience, “I rest my case.”

Hitchens was saying that resurrections are ridiculous, and Koukl agreed that they are, from Hitchens’ worldview, but within Richards’ they make sense. Koukl argued that Hitchens was saying, “From my worldview, your worldview is flawed,” which was both true and pointless. It assumed one worldview as correct from the outset. You can’t just assume one’s worldview; you must do the heavy lifting to show that it’s correct.

I think Hitchens was doing more by comparing the Christian worldview against the fairly universal scientific worldview, but Koukl does have a point. Going forward, look for Shlemon making the mistake of assuming his worldview.

Let’s continue and discover where atheism takes us.

Shlemon claims that naturalism, the rejection of the supernatural, is a consequence of atheism. About this, he said:

A belief in naturalism is neither a neutral nor an insignificant commitment.

Naturalism observes that supernaturalism has the burden of proof, and it hasn’t met it.

And step 2: naturalism leads to nihilism

He gives three reasons that naturalism leads to nihilism, which Wikipedia defines this way:

Nihilism is a philosophy, or family of views within philosophy, expressing some form of negation towards life or towards fundamental concepts such as knowledge, existence, and the meaning of life. Different nihilist positions hold variously that human values are baseless, that life is meaningless, that knowledge is impossible, or that some set of entities does not exist.

Show me that a sizeable fraction of atheists feel that life is meaningless. Nihilism certainly doesn’t describe my life philosophy. As with the “life [for an atheist] is ultimately empty and devoid of meaning” claim above, atheists should consider whether nihilism describes their lives. If not, we can return to Greg Koukl’s insistence that one worldview can’t judge another.

Shlemon makes an enormous jump from atheism to nihilism. The remainder of his post is a discussion of three points that argue that nihilism is a consequence of naturalism. I’m skeptical of any argument of the form, “I’m not an atheist, but if you are, you gotta believe x, y, and z” when, for me, it simply means that I have no god belief. That’s it.

Nihilism is a depressing state, but it flows logically from naturalism for three reasons.

Uh oh—it sounds like tough-love time. We’ll get into his three reasons in part 2.

Study one religion, and you’ll be hooked for life.
Study two religions, and you’re done in an hour.
— seen on the internet

December 11, 2020 About Atheists’ Empty Worldview . . . (2 of 3)
Recent Comments
0 | Leave a Comment
Browse Our Archives
get the latest updates from
Cross Examined
and the Patheos
Nonreligious
Channel
POPULAR AT PATHEOS Nonreligious
1