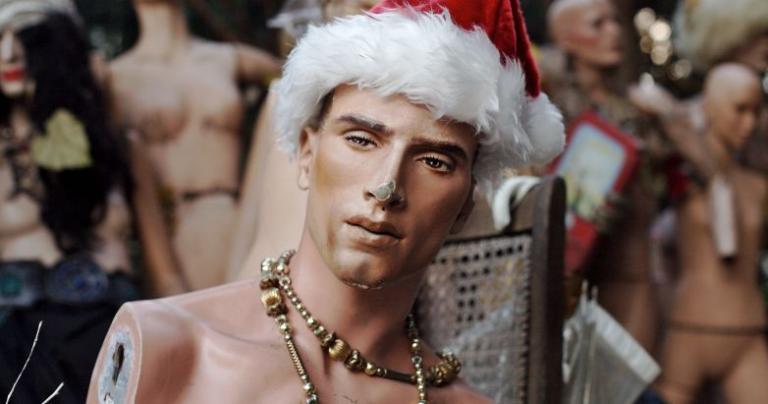 We’ve been responding to several Christian sources, including “Atheist Offers 10 FALLACIES to Disprove God” from Tim Barnett of the Stand to Reason ministry. Six have been dealt with (part 1 here).

What do you think—will the next four be of higher quality?

Atheist argument: “There is no evidence that spiritual energy exists, so we can conclude that psychics, ghosts, and gods are non-existent. Otherwise, God has nothing to be made of.”

Christian response: “Not this again. An immaterial being, by definition, is not made of material.”

My response: Not this again. You can’t just magic something into existence with a definition. Do you think “God is an immaterial being” is a spell that will create such a being?

Don’t waste our time with, “Well, God might exist” or “You haven’t proven he doesn’t exist.” God’s existence is the topic here, and you need to show it. Yes, I realize that the atheist is making the argument and you’re responding, but responses need evidence, too. Your response is no more compelling than “Because I said so.”

God is not made of anything, least of all spiritual energy, but he’s made of spirit? Or he is spirit? Or something?

“Not made of anything”—that sounds like your rhetorical weapons. And it sounds like they’re loaded with not-evidence. This is the problem with just handwaving stuff into existence. Your embarrassing ad hoc arguments will mean you’ll no longer be able to sit at the adult table.

So God is not made of matter or (heaven forbid!) spiritual energy . . . but he’s made of something, right? You’re the expert—if not “spiritual energy,” then what? Don’t play Simon Says, just tell us. And whatever you say God is made of, show us that it exists. One atheist responded, “Can someone tell me what the word ‘spirit’ means without saying what it is not?”

This reminds me of the “God is simple” argument made by Christian apologists Alvin Plantinga, William Lane Craig, and others. Here is Craig’s contribution to that argument:

As a mind without a body, God is amazingly simple. Being immaterial, He has no physical parts. Therefore to postulate a pure Mind as the explanation of fine-tuning is the height of simplicity!

Craig marvels that, having no physical parts, God is the height of simplicity, but this is more evidence-free handwaving. It’s like the emperor’s new clothes, the height of light and airy material because it has no material at all. The obvious next step is for Craig to build this God for us. How hard can that be if God’s composition is the height of simplicity? And if Craig doesn’t have the materials to make a God—maybe he’s out of phlogiston, æther, élan vital, or bodily humours—he can just give us the plans with a parts list. Until he can offer that, grounded with evidence, his speculations are worthless.

“A spaceless, timeless, and immaterial God would not be able to be measured or discovered by purely materialistic means.”

Unless he entered our material world, and then science could in principle detect him.

The physics of God

Since we’re talking about a real god, a real soul, and a real afterlife, think about how those must manifest in our reality. Physicist Sean Carroll highlights the problem:

If you claim that some form of soul persists beyond death, what particles is that soul made of? What forces are holding it together? How does it interact with ordinary matter?

. . . Nobody ever asks these questions out loud, possibly because of how silly they sound. Once you start asking them, the choice you are faced with becomes clear: either overthrow everything we think we have learned about modern physics, or distrust the stew of religious accounts/unreliable testimony/wishful thinking that makes people believe in the possibility of life after death. It’s not a difficult decision, as scientific theory-choice goes.

Evaluation: 9/10. The Christian response is poor, but the atheist argument could be worded better, perhaps something like: we agree that scary things from beyond the grave like ghosts don’t exist, in part because there is no good evidence for what they’re made of or what powers them. Now substitute “gods” for “ghosts.”

8. God couldn’t have created the universe from nothing

Atheist argument: “There is no such thing as nothing. For nothing to exist would cause it to be ‘something.’ Creationists believe that God created the universe out of literal nothing.”

Christian response: “The universe appearing from nothing is powerful evidence for a transcendent creator god.”

My response: I assuming he’s saying that the creation ex nihilo (“from nothing”) in the Genesis story recapitulates science’s Big Bang theory, meaning that science is validating the Bible’s creation story.

Nope—not even the Bible claims God created out of nothing. Let’s unravel the problem by examining the relevant verses in Genesis 1.

God now has water and land to work with, and he begins to create material things—plants, stars and the sun, animals and birds, and finally man and woman.

Look at other creation myths from the region, and you find something similar. Those creator gods also reshaped the available material to create our earth. This common story is called the combat myth. (More on God’s nonexistent ex nihilo creation here.)

What does “nothing” mean?

“God didn’t create the world out of nothing, He created the world from nothing. Big difference. The reason I am making the distinction here is to avoid confusion. We are really playing a semantic game here.”

Yes, the atheist argument seems to have gone off on an uninteresting tangent—nothing as a kind of building material vs. nothing as no thing. But since neither science nor Genesis say that nothing preceded the Big Bang, we can ignore it.

This raises questions like what caused God, how we know God has been here forever, how God could ever exist timelessly, and so on. The apologist’s plate is getting full of claims that need to be justified.

Evaluation: 2/10. I think this one fails. The Christian response fails, too, so this has been a useful exercise, but I don’t see much of an atheist argument here.

Concluded in part 5 with the arguments: the universe doesn’t look designed as humanity’s home + evolution.

For my money, the classic example
of a guy who died for his beliefs was Adolf Hitler.
In any event, martyrdom may be evidence of sincerity, but—
given the emotional trauma of the occasion—
it’s the last place you’d look for accuracy.
— commenter RichardSRussell

February 3, 2021 Defending 10 Atheist Arguments (5 of 5)
Recent Comments
0 | Leave a Comment
Browse Our Archives
get the latest from
Cross Examined
Sign up for our newsletter
POPULAR AT PATHEOS Nonreligious
1