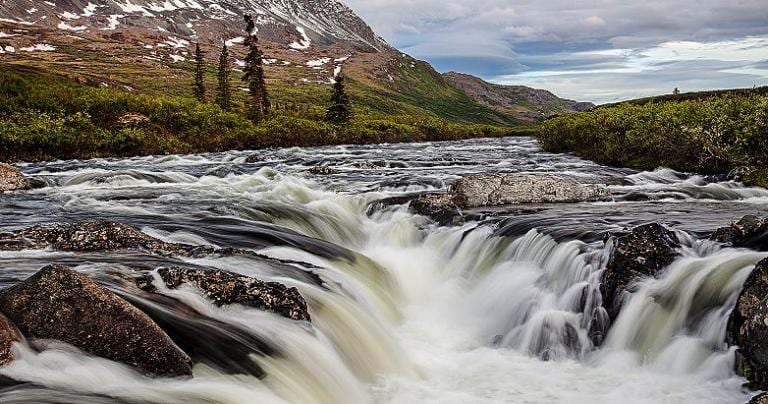 This is post 13 in this series, and the topic is the nonphysical world.

See, right there, you’re confirming your scientific presupposition. You literally said, “If we accept the scientific view of the world.” You are presuming a scientific, mechanistic, worldview to begin with!

You want to avoid dismissing the supernatural. Okay, let’s consider the supernatural, but don’t pretend that future mysteries won’t likely be resolved with yet more natural explanations.

The spiritual component of reality

And I am denying that premise, that the physical world is all there is. I say reality has BOTH a physical and spiritual component. And the example of raising my arm illustrates a non-physical root cause, having a physical effect. That doesn’t overthrow the laws of physics, it just points to the limits of the explanatory power of physics.

What’s the opposite of physical? Is it “spiritual,” or is it “nonphysical”? Spiritual things like gods and ghosts are very different from commonplace nonphysical things such as courage or enthusiasm. Lifting your arm might have a nonphysical cause—the mental trigger “my leg itches” or “I hear a mosquito”—but that doesn’t make it supernatural.

So far, supernatural explanations have always failed when confronted by evidence. You seem to be hiding behind science’s uncertainty at its frontier. Your justification is “science hasn’t proven me wrong” rather than “here’s the scientific evidence that shows me right.”

And have you avoided the infinite regress problem? If a physical result has a spiritual cause (from a ghostly homunculus or a soul), what caused that? You’ll say that supernatural things are eternal, but again you’d be handwaving them into existence.

I think it is absurd to say something physical is the root cause of my raising my arm. The muscle contraction is only the proximate physical cause, not the root cause . . . And, likewise for the universe, I think you cannot keep on going back to never ending, antecedent, PHYSICAL causes.

But where did the physical energy come from, to cause a person’s brain to fire neurons, to raise his arm?

Well, that’s just it. I don’t think science will ever be able to isolate what it was that started that process. I call it . . . free will. The whole process of course is dependent on a physical matrix, yes, but, I think it’s absurd to claim that the root cause of my lifting my arm was actually some PHYSICAL thing my great-great grandfather did many years ago. I raised my arm, from within myself, very simply, because I . . . decided to.

It doesn’t break the laws of nature? Then how it is miraculous?

I don’t think scientific reductionism, adequately explains reality. It doesn’t account . . . for intention. If you examine the molecules of ink on a menu, that gives you no useful understanding of what a menu is. You need to understand the intention of a menu, its purpose.

Remember the example of the calculator display before. Just because you can understand the result at a very low level—as electrons from semiconductors making bits of liquid crystal light or dark—doesn’t mean the value shown in the display doesn’t correctly inform a problem at the human level like a spacecraft maneuver or a medicine dosage. Or take cancer—understanding DNA mutation at the quantum level can inform us about a disease at the human level.

You can try to understand a menu at the ink level, and you’re right that this isn’t the most efficient way, but science and evidence inform the high level as well. I see nothing demanding a god.

If one asks, why is this kettle of water boiling? You might say, because the water has reached a certain temperature. I . . . would say, because I’m making a pot of tea. It’s two different realms, the physical world and the world of intentions. And, we need . . . BOTH to get a valid description of reality.

I’ve heard this analogy—there are some mice living in a piano. And the scientist mouse does some exploring and determines that the wonderful sound comes from a vibrating string. But the philosopher mouse does some more exploring and finds the music really comes from . . . an agent, a piano player . . . Similarly, explaining the universe in purely physical terms is not adequate for me; I find positing an ultimate agent, makes better sense of the world than . . . scientific reductionism

Where does love come from?

Love is, essentially, a certain pattern of electrical activity in our brains.

No, it’s not. That’s what it is physically, but not what it is . . . essentially. That’s not what love actually is!

Imagine a stereotypical middle-school nerd boy who’s experiencing romantic attraction for the first time. He may focus on his physiological changes when near his heart’s desire—elevated pulse, sweaty palms, and so on. Things make more sense as he becomes more experienced with romantic relationships. But as you move to higher levels (from chemistry to biology, physiology, neuroscience, and psychology), why imagine the supernatural is necessary anywhere? Yes, we can understand things at a low level or a high level, but what is left for the supernatural to explain?

Yes, of course, it IS rooted in [the brain], but that fact does not refute the spiritual realities that emerge from the brain. Would you say the friendship between you and your best friend . . . is not real!? It IS real, it’s just not a physical entity.

Yes, it’s real. That doesn’t make it supernatural or spiritual.

I don’t see how you can claim that there are “non-physical things.” Just how do you know that “non-physical” things exist? Friendship is a state of neurons and electrical brain activity in your mind. It “exists” as a mental state. It’s not “non-physical”; it results from your brain, which is physical.

If there were no brains to hold this state then there would be no idea of friendship. The same goes for intention. None of these things would exist without physical brains. They exist as brain neurons and electrical states, which are physical. I do not see your justification for claiming that “non-physical” “things” exist.

Carl Sagan presents an analogy. Someone claims there is a dragon in his garage. You look and see no dragon. He claims, well, he’s an invisible one. And ultimately, Sagan concludes, what’s the difference between an invisible, undetectable in any way, dragon . . . and no dragon at all?

(Which reminds me that invisible gods indistinguishable from nonexistent play little role in our lives.)

If I say a mother loves her child, would you say because it’s invisible, therefore, her love doesn’t exist? Would you say all abstract nouns, like honesty, freedom, curiosity . . . that the ideas that those words represent, don’t really exist!? Aren’t you implicitly acknowledging them as real, by giving them names?

I think this is debated. Society invented the rules of matrix multiplication (to give one example) because it was a useful shorthand. If it hadn’t been useful, it would’ve been defined in a better way or discarded. Vectors, tensors, manifolds, sets, the ∇ operator, and much more were invented for our convenience.

It was true that F = ma was true before Newton’s second law of motion was written, but the equivalence F = ma and the statement of the law are different. Newton applied existing mathematical ideas but also invented new notation and ideas as necessary (for calculus, for example).

I’m not saying that proves God, but I’m responding to your contention that I have no reason to think that non-physical things exist.

The law of averages? Non-physical, but real.

Is this the rock on which our conversation has foundered? You seem to be insisting on two categories here, not three.

I think we are chemicals and electricity, and everything is reducible to that.

Next time: Are human brains computers?

“Respect for religion” has become
a code phrase meaning “fear of religion.”
Religions, like all other ideas, deserve criticism, satire,
and, yes, our fearless disrespect.
— Salman Rushdie

Image from Bureau of Land Management (license CC BY 2.0)
.