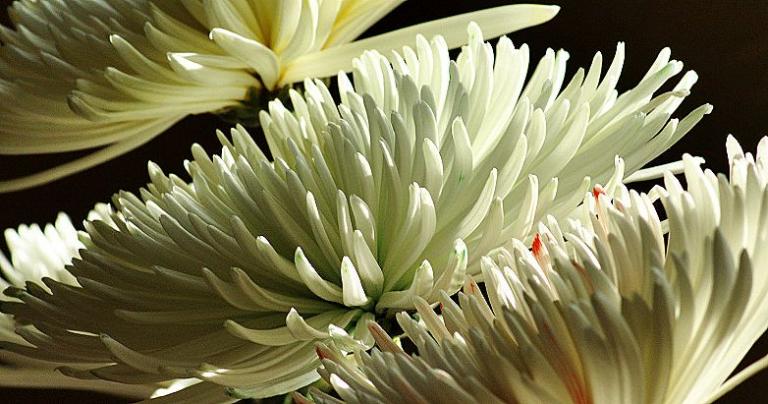 This is post 9 in this series, and the topic is the problem of poor design in nature.

Atheist: So you think the universe was designed by God? With all this pointless inefficiency, and suffering? More than 99% of all species that have lived, have gone extinct!

Soft Theist: Well, in terms of efficiency, if God is all-powerful, using billions of years and billions of galaxies to get us here, is not a problem. I know some Christians who think atheists are incredibly . . . naïve . . . for expecting the universe “to be formulated in a way that makes perfect sense to us.”

Cross Examined Blog: Atheists don’t expect that—at least this one doesn’t. What they expect is that, if a perfect God created the universe, that it look like it. Instead, we see natural explanations being sufficient to explain what we see. If God can do efficient and elegant as easily as sloppy and enigmatic, wouldn’t you expect the former?

But we don’t see efficient and elegant. Most of the earth is inhospitable to humans (let alone the universe). The 93,000,000,000-light-year-wide universe obviously wasn’t designed for a single species on a 0.0000000013-light-year-wide dust speck. And life looks like it was designed by a bungler (or by evolution).

Is that proof? Of course not. But proof isn’t what we’re after. We’re simply evaluating the clues and tallying them on either side of the God hypothesis.

(I expand on this argument here.)

And [Christian apologist William Lane] Craig makes the point that God may be more like an artist than an engineer. Efficiency is a value only to someone with limited resources. So, I don’t see inefficiency as a big obstacle to positing a God.

Is God perfect? Then why would he deliberately be inefficient? Humans are inefficient because they have no alternative, but a perfect God could create any way he wanted.

However, in term of unnecessary suffering, there, I think you’re right, that is a problem. That IS a strong point against a supposedly loving God. That’s the Problem of Evil of course, and we should discuss that later.

I do think the argument that a design requires a designer, is pretty solid.

First let’s figure out if there’s evidence of a design. DNA alone argues that animals aren’t designed. DNA contains pseudogenes, endogenous retroviruses, vestigial structures, coding for atavisms, and far more DNA base pairs than necessary. No designer would deliberately put all that in the code for his lifeforms. (I expand on this here.)

And if you insist on seeing design, there’s plenty that’s clumsy or cruel—chronic pain that serves no purpose, parasites, the recurrent laryngeal nerve, and more. Sloppy results look exactly like what we’d expect from evolution, not a perfect Creator. (More.)

But Darwin showed how evolution and adaptive advantages and environmental filtration, advanced life. There was no purposeful intelligent designer behind that.

I disagree. I think physics itself, evolution itself, constitute God’s design. No matter how poorly the world seems to be designed, it DID end up with intelligence.

I like what Paul Davies writes—he’s a physicist—quote, “That the universe has organized its own self-awareness—is for me powerful evidence that there is ‘something going on’ behind it all. The impression of design is overwhelming. Science may explain all the processes whereby the universe evolves its own destiny, but that still leaves room for there to be a meaning behind existence.”

Biologist Richard Dawkins agrees that life on earth appears designed: “The living results of natural selection overwhelmingly impress us with the appearance of design as if by a master watchmaker.” But, as mentioned above, junk in DNA shows the other side of the coin.

Davies talks about meaning. Is there objective meaning—that is, meaning grounded outside humanity? The only meaning I see is that which we create. There’s no justification for objective meaning.

But why would God give us an appendix? Explaining that by . . . blind variation, and environmental filtration is so much more reasonable to me . . . than, positing a God.

Despite the fact that that’s not where the evidence points? You’re far too quick to accept a supernatural explanation.

Evolution is a natural process, and it’s sufficient to explain why life is the way it is.

Mechanism vs. agent: evidence for God?

Dawkins said in a debate that when you drop a stone, it falls, due to gravity. “You wouldn’t dream of saying, oh there must be a God pushing it down.” But . . . I thought the Christian had a good response here. He said that “God is an explanation at the level of an agent, not a mechanism.”

In other words, God created the . . . mechanism of gravity, which makes the stone fall. And that’s essentially the subtle difference I expressed earlier, that atheists never see—the distinction between how something works (the mechanism), and why it should work (the agent or force behind the mechanism).

I think, the inefficient design of the universe IS an argument against God, but the fact that it works is an argument for God.

First, show that you’re actually pointing to something. Your unease about what’s behind it all isn’t much of an argument for an ultimate being.

Yes, life on earth works, sort of, but in this do we see the hand of an omniscient creator? Charles Darwin said, “What a book a Devil’s Chaplain might write on the clumsy, wasteful, blundering low & horridly cruel works of nature!” He pointed to a wasp that lays its eggs in caterpillars so that the larvae can eat the still-living caterpillar, and he gave this as a reason to reject the idea of a beneficent creator. Insect larvae can invade animal brains, ants can be zombified by a fungus, the tusks of a pig can curve back and penetrate its head, and the Guinea worm is just one of the many parasites that plague humans.

Why drag God’s good name through the mud when you can just point to evolution?

Next time: Jesus and the problem of morality

The laws of nature are constructed in such a way
as to make the universe as interesting as possible.
— Freeman Dyson, Imagined Worlds

March 24, 2021 Soft Theism: Where Does Morality Come From?
Recent Comments
0 | Leave a Comment
Browse Our Archives
get the latest from
Cross Examined
Sign up for our newsletter
POPULAR AT PATHEOS Nonreligious
1