Bad Atheist Arguments: a little more “I Just Reject One More God than You” 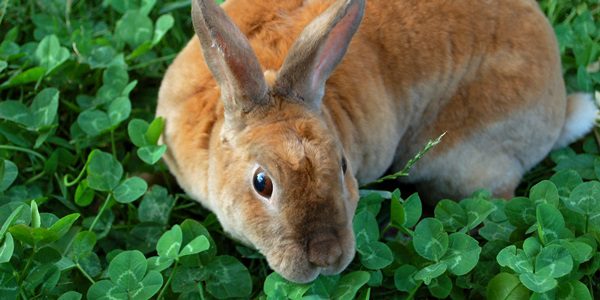 The Christian rejects hundreds or thousands of gods, while the atheist rejects all those, and one more. The Christian and the atheist agree that humans have invented countless gods, so what’s the big deal about atheists taking that one final step?

Last time, we considered the Christian critique of this atheist argument from The Atheist Who Didn’t Exist by Andy Bannister. We’ll now look at the second half of the argument. He’s now moved on to argue that Christianity is special and that lumping it in with the unwashed masses of religions is wrong.

(Part 1 of this book review is here.)

Why Christianity is unique

According to Bannister, Christianity’s big difference compared to Zeus, Thor, the Flying Spaghetti Monster, and the other gods is:

Every single one of those other entities is an object inside the universe. God, on the other hand, according to Christianity is the creator and sustainer of the universe, the author of the story.

There’s an easy fix for that: make up a new character and call him the Creator. Make him outside. Now Yahweh has a competitor.

You don’t like that he was invented? All right, then revisit this character after 2000 years have passed so that the origins of this tale are clouded and it has become legend and mythology. That’s Christianity’s secret sauce—not that it’s correct but that it’s venerable and uncheckable.

Bannister simply declares that God is the creator, but that’s not good enough. He must prove it. Without evidence, this is not an argument, just theology.

I’d also recommend that he read up on the Combat Myth and then tell me that Yahweh is in a completely different category. Today’s timeless, outside-the-universe god isn’t what Yahweh was initially. He’s evolved. (Y’know how Superman at first was just pretty strong and could “leap tall buildings in a single bound” but then became ridiculously strong and could fly? Like that.)

And let me take issue with this claim of uniqueness—that the Christian god’s relationship with the universe is somehow unique. The Greek creation myth (to take just one) has Chaos creating Gaia (Earth). She created Uranus (heavens), and their offspring were the Titans. Cronus (the youngest Titan) was the father of Zeus, the ruler of the pantheon that’s now in power.

That sounds about as sensible (or ridiculous) as the two creation stories that Genesis opens with. Bannister wants you to ignore the man behind the curtain and look instead at the modern Christian view where new ’n improved God® 2.0 walks hand-in-hand with modern cosmology. God is now said to have triggered the Big Bang, sustained the laws of physics, existed outside of time and space, and so on, ideas that would mystify the original audience for Genesis.

No, that won’t do—you’re saddled with the pre-scientific thinking in your holy book that makes your origin myth no more compelling than the Greek one.

How can you dismiss religions without understanding them?

The atheist making [the claim that the world’s religions are essentially the same] has not investigated all of them—probably not any of them—and is instead assuming that they must all be more or less similar to the characterless Catholicism or pedestrian Protestantism they half-remember from their youth.

Bannister has a PhD in Quranic Studies, so he has studied at least one additional religion in great depth. I wonder though if he and I are much different with respect to the other religions. He’s right that I’m no expert in the other thousand (to pick a number) of religions, but how can he criticize me for rejecting those thousand religions without cause? Didn’t he do the same thing?

Sure, let’s acknowledge that Christianity is different from all the other religions, but why is that a bold claim? Each religion is different from all the other religions! And as far as I’ve been able to determine, they all have the same unmet burden of proof. You’re right that I haven’t thoroughly investigated Santeria, Baha’i, Raelianism, and the hundreds of others. If you’ve compared them all against Christianity, show us.

Not only would a thorough comparison of Christianity vs. all the other religions be very long, but Christian will obviously do poorly in many of these matches. My favorite example is Christianity vs. Mormonism. Christian apologists like to brag about the importance of having many early manuscripts, a small gap between events and the documentation of those events, and so on. But Mormonism demolishes Christianity in this comparison. Christians must decide if they want to dismiss their claims about Christianity’s marvelous historical record. If not, consistency demands that they switch over to Mormonism.

Returning to Bannister’s expertise in Islam, he tells us, “On almost every major point of Christian doctrine, I think it is safe to say that Islam teaches the opposite.”

But they’ve got the same god! Islam accepts Judaism’s Torah, so whatever properties you pull out for Yahweh you must assign to Allah as well. You can say that Mohammed took things in a very different direction to give Allah a unique character, but Christianity did the same with its New Testament.

You can focus on their common origin or their divergence, but let’s go where Bannister is pointing. He says Christianity and Islam are very different. Okay, they’re very different—so what? This example only emphasizes the made-up nature of both religions. This does nothing to support his thesis that Christianity is not just different from all the other religions, but it’s the only one that’s true.

Bannister wants to banish atheists from the field of intellectual discourse, though not for any good reason.

Truth, the pursuit of knowledge, the existence of ultimate values such as justice—those are grounded, ultimately, in God. And so to pick these things up and wield them as weapons against God is to play by his rules.

Give me a break. These things come from humans. Don’t flatter yourself that your God gives to humans justice, truth, and so on when they were the property of humanity to begin with.

And if this turns on the word “ultimate” (as in objective or absolute or God-grounded), I await the evidence for that as well. Ordinary justice is defined in the dictionary with no need for the word “ultimate.”

Continue to Christianity is Child Abuse

I cannot imagine a God
who rewards and punishes the objects of his creation,
whose purposes are modeled after our own—
a God, in short, who is but a reflection of human frailty.
— Albert Einstein

July 15, 2021
Bad Atheist Arguments: “I Just Reject One More God than You”
Next Post