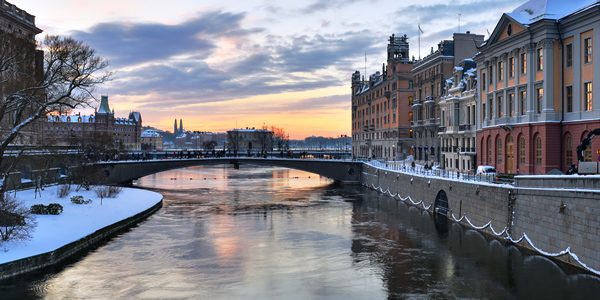 Fred disbelieves in Sweden. When asked for evidence, Fred says, “You think that my denial of Sweden is an actual claim of some kind, that it’s a belief. But it isn’t. It’s a non-belief. There’s nothing I need to explain—rather, I’m talking about something I lack, namely a belief in Sweden, so I don’t need to give any evidence for it.” He says he doesn’t have to give evidence for his nonbelief in Atlantis, either.

This is a Christian response to another atheist argument in The Atheist Who Didn’t Exist by Andy Bannister (part 1). Each chapter begins with a silly story to illustrate the problem. In today’s episode, Fred disbelieves in Sweden but refuses to give evidence. That’s supposed to parallel the atheist saying, “Atheism isn’t a claim. It’s just non-belief in the claim ‘There is a god.’”

Who has the burden of proof?

Avoiding the burden of proof in this way may be a smart rhetorical move, Bannister says, but it won’t work. “The first problem is that the statement ‘Atheism is just non-belief in God’ proves too much.” Cats have a non-belief in God—does that make them atheists? How about potatoes? Rocks? The color green?

This isn’t necessarily a ridiculous definition. Babies are atheists by this thinking, and that can make some sense. They begin with no god belief as a default, and they can evaluate and choose (or get indoctrinated into) a religion when they’re able to understand.

Another definition is that atheism is simply a “No” to the question, “Do you believe in gods?”

My own approach is that I’ll take a stand. I think that the evidence points to no gods, and I’ll make a positive argument for atheism. There must be a hundred posts at this blog that do just that. But I have no obligation to make a positive since I’m not making the extraordinary claim—that’s the asymmetry that Bannister ignores. In the case of an extraordinary claim (and “There is a god” is certainly one), the default position is the denial of that claim: “There is a god” vs. “there isn’t.”

“Humans have been medically probed by aliens in spaceships” vs. “didn’t happen.”

“The Loch Ness monster exists” (or Atlantis or unicorns or leprechauns) vs. “nope.”

And why is the Christian making a big deal about this? He’s characterizing the burden of proof as a burden. If he demands reciprocity before he will make his case, he’s missing an opportunity. Does he want me to earn the right to hear the Good News? Why not say that he will gladly make his case and simply hope that the atheist follows his lead?

I think it’s because his defense of Christianity is weak, and he wants to improve his overall argument by having something to attack as well. But never mind, Bannister is adamant that he doesn’t want to be the only one having to defend his worldview. “If my atheist friends wish to join the conversation sensibly—and I believe that atheism deserves its seat at the table of discussion as much as any other world view—then they must recognize their belief for what it is and engage accordingly.”

This refusal to be the only one defending his worldview is a popular view within apologetics circles, but it’s still indefensible. As another example, I respond to Greg Koukl’s version here.

Apparently, beliefs are active vs. passive (not true vs. false or ordinary vs. extraordinary)

Bannister says that we’re categorizing beliefs wrong. We should use active vs. passive.

There are a near-infinite number of things I passively don’t believe in, if you were to press me: everything from floating celestial teapots to unicycling unicorns. . . . On the other hand, there are plenty of things I actively disbelieve: for example, I do not believe that George Mallory and Andrew Irvine made it to the summit of Everest in June 1924, beating Edmund Hillary and Tenzing Norgay by some thirty years. . . . For our active non-beliefs, disbeliefs that consume our time and energy, for those, yes, we do need to give reasons.

He wants to call A an active belief, ignore B and hope no one asks him about it, and call C a passive belief. I want to focus instead on A (true beliefs) and B (false beliefs) and ignore C, since we’re both in agreement that no one cares about C.

Another useful way is to re-sort categories A and B into two different categories, extraordinary beliefs and mundane beliefs. Bannister doesn’t like either approach (true/false or extraordinary/mundane) because it doesn’t get him what he wants, parity with atheism.

He would come closer by dropping the demand that “atheism is a belief” and instead pushing for “atheism is a worldview.” Atheism is probably more correctly “the lack of a religious worldview,” but at least he would be closer.

What follows from atheism? He quotes atheist Friedrich Nietzsche: “When one gives up the Christian faith, one pulls the right to Christian morality out from under one’s feet. This morality is by no means self-evident.”

And then there’s the nihilism. He quotes an atheist:

[The atheist] must be bold to weave a bower of “endless night” upon the very edge of the abyss of abysses. This precarious cat’s-cradle he must make his intellectual habitation. It is not only belief in God that must be abandoned, not only all hope of life after death, but all trust in an ordained moral order . . .

and blah, blah, blah. You also have no belief in Norse religion and must abandon all hope of Valhalla. Oh my gosh! How can you go on??

I can appreciate that reality is daunting for some people. Perhaps it’s hard being an adult, part of the generation that’s supposed to be in charge of society. But as for me and my house, we follow the evidence.

He seems especially desperate at chapter’s end when he quotes an atheist: “Atheism is a religion of sorts, or can be.” And then a sociologist who said that religion is “a unified system of beliefs and practices relative to sacred things.”

Doesn’t “worldview” work well enough? Why try to shoehorn atheism into the Religion category? Is it that misery loves company? Whenever I see this argument, it always sounds like, “Don’t tell me that I’m stupid for believing religious claims! You’re just as stupid, since you’ve got a religion, too!” Casting a net this wide would capture many sports fans as well, which probably isn’t a goal of the Christian or the atheist. And perhaps I’m just old fashioned, but I won’t call something a religion if it doesn’t have supernatural beliefs.

This is just another attempt to deny the asymmetry. When you are the one making the incredible claim, you have the burden of proof.

Continue: I just reject one more god than you

Too often we enjoy the comfort of opinion
without the discomfort of thought.
— John F. Kennedy

July 15, 2021 Bad Atheist Arguments: “I Just Reject One More God than You”
Recent Comments
0 | Leave a Comment
Browse Our Archives
get the latest updates from
Cross Examined
and the Patheos
Nonreligious
Channel
POPULAR AT PATHEOS Nonreligious
1