Why is God hidden? 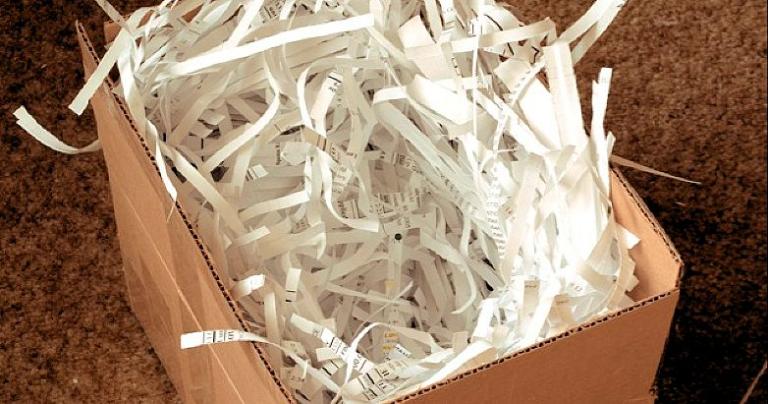 This is the most powerful argument against Christianity. If the Christian god existed, he would at least make his existence obvious to all of us. We’re told he loves us more than we love ourselves, and he knows the consequences of our not believing in him, so he would make sure that we at least knew that he existed.

But that this obstacle to belief does exist—a trivial obstacle from God’s standpoint—is strong evidence that God doesn’t exist. Could he have good reasons that we can’t imagine? Maybe. This argument doesn’t claim to prove that God doesn’t exist, but you’d ask this question only to support a presupposition that God exists. Instead, we want to follow the evidence to the likeliest conclusion, and that conclusion is no God.

The Christian might respond that getting obstinate atheists to accept that God exists is no trivial obstacle, but this dismisses what an all-powerful, all-knowing god could do. For example, he could give us all an identical, instantaneous revelation that lays out his existence and plan.

Jim Wallace at the Cold Case Christianity blog has written a couple of articles arguing that it makes good sense for God to be hidden. In “Why Is God So Hidden?” he nicely lays out the problem.

During my elementary school years, I found it difficult to understand why anyone would believe in God without visible evidence. I knew my parents, teachers and friends were real, because I could see them and I could see their impact on the world around me. God, however, seemed completely hidden. I often thought, “If God exists, why would He hide in this way? Why wouldn’t God just come right out and make it obvious to everyone He exists?”

Great questions! And after many years, he now has answers. In short, love constrains God. His argument has several points.

“Love requires a certain kind of world,” and a loving God would make a world in which love could flourish. “True love cannot be coerced.” A loving world would be one in which we would have the freedom to respond through love rather than fear.

Why is love so central to this popular Christian view? Love certainly isn’t obvious within the world. Living conditions suck in much of the world. Beyond the Earth, the universe is an extremely hostile place. “Love” is not how you’d summarize God’s creation. For example, it’s not high on the list of attributes the Jews in New Testament times would’ve given to Yahweh. Wallace’s pushing love to the top of the list reveals his agenda, not God’s.

But let’s return to his point. He’s right that love can’t be coerced, but that’s not what we’re talking about. Question one is, Does God exist? Question two might be, What is God’s nature? or How should I respond to God? or Is God worthy of love? or something similar, but question one is the foundational question and must be answered first.

“We must trust the person who loves us has our best interest in mind, even in times of doubt. . . . Trust often requires ‘hiddenness’ on the part of the ‘lover’ if love is to be confident, powerful, and transformational.”

Huh? I see no benefit to hiddenness in a relationship based on either friendship or love. If you’re saying that we put up with hiddenness by giving our partner space—he needs a little time in his man cave on the weekends or she wants the occasional trip with her girlfriends—that’s fine, but that’s no justification for not knowing that your partner exists. It never works that way in healthy relationships.

“While we may not want to coerce our children, we do need to give them sufficient reason to believe we exist, support and love them. . . . The natural world has provided us with sufficient (albeit non-coercive) evidence God exists. We have the ability, however, to deny this evidence if we choose.”

The lack of evidence for God in the natural world argues against your position. Ask the four to five billion people who are part some religion besides Christianity. They embrace the supernatural, and yet they’ll cheerfully inform you that your god doesn’t exist.

And yes, we need to give our children sufficient reason to believe we exist. You’re conceding the obvious, that we must know that the other person in a relationship exists. But how is a child knowing his parents exist anything like knowing God exists? You’re saying the evidence for both is equally powerful? Children would never know there was a god to look for unless you told them so! That’s how non-obvious your god is.

We must be reliable to our children, “even though we may have to be ‘hidden’ at times in their lives.”

You mean we give them space and sometimes let them fail? Yes, we may need to do that, but that is irrelevant. They know you exist.

“The Christian Worldview maintains that God will respond visibly at ‘the end of the day.’ While He may sometimes seem ‘hidden,’ He will ultimately be evident to all of us.”

I wonder how he explains the points in the Bible where God made his existence clear. If God’s Chosen People could handle this evidence, why don’t we get something equally powerful today? Why was good evidence for God a virtue in Old Testament times but unnecessary today?

And since God is thin-skinned and needs frequent praise, why is he hidden? If praise is so important, that’s all the more reason for him not to be hidden.

He wraps up with the Hypothetical God Fallacy (let’s assume God first and select facts to support this conclusion) and an unjustified reference to Romans 1:20 (“[God’s] invisible attributes, His eternal power and divine nature, have been clearly seen . . . so that [atheists] are without excuse”).

Wallace has responded in what appears to me to be typical Shermer’s Law fashion: he believes for emotional reasons, and he picked his flavor of Christianity because it was a familiar and comforting part of his environment. But he can’t admit that he’s simply reflecting his environment, so he cobbles together intellectual reasons to shore up his belief. He wants you to believe that these reasons are how he justifies his belief, and if you undercut them, he’d respond by rejecting Christianity. Others might embrace a belief for identity or comfort, but not him.

I’m not buying it. This looks like nothing more than justification after the fact.

See a rebuttal to a Tom Gilson argument: Another Attempt to Explain God’s Hiddenness (or Nonexistence) Fails

Concluded in part 2, where we critique an analogy that Wallace thinks justifies God’s hiddenness.

You’re a pawn in God’s dollhouse.
He moves you this way and that,
and if he didn’t pick you out of the toy box,
you wouldn’t have any meaning.
You’re making it sound so appealing!
— commenter Kodie