Finding a Higher Power: Believing in Baltic Deities or How I Found Obscure Gods and Worshipped Them

Finding a Higher Power: Believing in Baltic Deities or How I Found Obscure Gods and Worshipped Them July 12, 2017 Melissa Hill

I worship gods that most have never heard of:

It was sort of an accident, honestly.

It was many years ago that my local grove, my druid congregation, was forming. We were in that stage of group formation where we were looking for our own identity, sort of group teenager-hood. I had taken on the role of the Chief Liturgist, which basically meant I was in charge of figuring out what kind of rituals and ceremonies we were going to be doing. In order to do that I needed to know what “hearth” or culture we were going to be focusing on. What gods were we even bothering to worship here? Was it Odin and the Aesir? Was it Lugh of the Long Arm? The Morrigan? Apollo? Fortuna???

Every time I brought up an idea I was told it was a bad one. Someone had some beef with that god, wasn’t connected, didn’t feel it, didn’t like, didn’t want it.

I was at my wits end. Then I traveled southward to a druid festival many years ago and there was a presentation on the Lithuanian wheel of the year. It was only part of the year, and the presenter talked about how Dievas and Velnias created the world together.

Dievas was the dude with the know-how.  First he talks Velnias into diving deep under the primordial waters to bring up a bit of earth with which he was to create land. Of course Dievas doesn’t tell Velnias the secret to stopping the creation of land! Oops! He kept that bit of info for himself. Then they create all the animals. Deivas, of course, got to make all the good ones, and Velnias got to make all the creepy crawlies and stinging things. I began to feel sorry for Velnias. Sounded like classic little brother syndrome.

Next was Saulė, the sun mother. The presenter spoke of how revered she was, how she was the mother of orphans, the steady one who works every day to care for her family. How she is the mother of many children, the planets and the earth. That first year we did a Winter Solstice rite for Saulė and we were hooked.

I listened to these stories and longed for them. I became obsessed. I read every book I could find and copied web pages into word documents because sometimes these obscure angelfire sites would just disappear into the void. I spent a great deal of time slowly collecting information, building songs and knowledge. I freaked out when I discovered that people were still singing and recording the ancient songs. I got told I spoke Lithuanian with a Jersey accent. I still don’t know how that works.

I got told I was doing it all wrong. That we should stop, that these were not our gods, that we would offend these gods we honored with our faulty offerings. Slowly, in spite of this, my grove built up relationships with these deities. We used the lore we had to lead trancework, trancework to learn what to offer, offerings within rituals, and rituals to build relationship. We asked these gods themselves if they were offended by our honor. I never have been able to get very close to Perkunas, he and I just have a strange relationship. But our grove has a number of members who feel very connected to him.  I remember many years ago now, after a trance session to contact Perkunas himself, one of our members came back and told a story about how they had met Perkunas in the upperworlds. The god was huge, armored, and very serious looking. He looked down on this small human creature who asked if He minded if we gave Him offerings. Perkunas replied, “You are not my people.” And the individual answered something like, “I know, but we like you.” And apparently that was good enough for Perkunas, which was good enough for us.

We discovered individual alliances, and built up grove patronages with Gabija the goddess of the hearth fire, and Perkunas, the god thunder. I also built personal relationships with these deities, first with the dawn goddess Ausrine, and then later and rather hesitantly, with Velnias, the god of witches.

We have celebrated Rasa, the festival of Dew on Midsummer morning and had Uzgevenes rites in the spring. In the fall we’ve offered good rye beer to the Veles, the spirits of the dead, and we still often honor Saulė and sing songs for her at her weakest, during the Winter Solstice.  Every time we give offerings and take an omen to see what blessings the gods bestow upon us. They have gifted us with many things, including their willingness to work with us, a bunch of Midwesterners with not a drop of Lithuanian heritage.

The Baltic Gods are not the only ones I worship, I work with Sigyn and Frigg and Freyja, the Fates and even Brighid sometimes. I have more than a passing familiarity with Demeter, Persephone, and Hades, and very recently I have had a calling to a Voudoo goddess, which I am still sorting out in my brain. I really don’t want to offend Her.

And that’s just the Gods and Goddesses. It doesn’t even count all the plant spirits and animal spirits and elves, the road gnomes, and the house spirits, the river goddesses, the mountain dragons, the ent like spirits of tree and leaf. The world is Full of spirits. Everywhere.

There are more gods and spirits than I could ever worship, more than I could ever build shrines to or even name. And that’s okay. In fact, it’s great! I love the diversity of deity that is presented to me, and I love the fact that I’ve found a home with some of the deities of north eastern Europe. I hope to continue to learn. My goal is to eventually learn to read and write Lithuanian or Latvian. There is a great deal of scholarship that has been done that we Americans have little access to.

I love my Gods and I love that we all have different gods. In Our Druidry, we speak of the “culture of your hearth”. Often in paganism because we find ourselves drawn to a specific culture, or hearth as we call it, we think we must cut ourselves off from others. But we are polytheists and there is no need. There is no wrong thing in having many deities from many hearths and the story that is your life is built on the foundation of finding your own way and your own relationships with deity. I hope you find your own path while also valuing the diversity of the many paths around you. 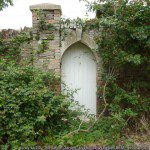 July 4, 2017
How I Found Paganism: The Origin Story of a Druid Priestess
Next Post 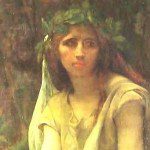 July 19, 2017 Why I am a Druid or how I Defected from Wicca with a Bunch of My Folk
Recent Comments
0 | Leave a Comment
Browse Our Archives
get the latest from
Dandelionlady
Sign up for our newsletter
POPULAR AT PATHEOS Pagan
1